In Solidarity with Black Lives: Centering Black Communities and Committing to Anti-Racism in our Lives

By Terri-Lynn Langdon, Editor and Writer 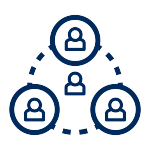 At the Innovation Hub we honor our commitment to design with and for students. This work intersects with a scope of communities, faculties, and voices to ensure that we can co-create a university that works for all. Recently the University of Toronto has addressed a commitment to anti-black racism in solidarity with Black lives, communities, and spaces. Through conversations, protests, and movements we are experiencing a critical moment in time to end racialized violence. This is a centuries-long movement that must be joined, loved, and actively acknowledged.

In these conversations we have also recognized that it’s important to name racism and support anti-black racist efforts. Compounded by the reality of COVID-19, many Black communities are disproportionately impacted by racism in education, health care, and law enforcement. These experiences are present in many spaces we are a part of – in Canada and beyond. We must continue to acknowledge and address by resisting these types of discrimination in the foundations of the work we do.

We share these sentiments from the University in response to the continued violence targeting Black people in communities. This has been an important moment in our work to ensure that we are involving Black talent and resources in the spaces we hold and design. Our team has found that by sharing knowledge, we have been able to better connect on these topics and provide opportunities to explore and engage with.

From the Innovation Hub community, we reaffirm our commitment to identify and address inequality and anti-racism. We send our love and support to students, staff, and U of T community members who may be struggling at this time. As a group we have compiled a list of resources that might help individuals navigate their spaces in this movement. We hope that these support a vision to continue to learn with one another and think about steps for a more inclusive future.

We want to acknowledge that there are many other resources available at the University and beyond. We also invite you to explore resources (virtually) at the Toronto Public Library and within UofT Libraries. If you wish to contribute to this compiled list please feel free to connect with us at innovationhub@utoronto.ca. We would also like to thank the Anti-Racism and Cultural Diversity Office (https://antiracism.utoronto.ca/)  for their efforts and available materials, and the many other spaces that have contributed to supporting these conversations.

A core part of dismantling racism is about acknowledging one’s own privilege and learning the histories which have designed systemic oppression and racism. It is also important that we continually celebrate, honour, and engage with works by Black authors and creatives. Provided is a selection of some of the books, films, and materials our team has contributed that address anti-black racism, the history of Black lives in the United States and Canada, and other related topics.

In this incredible book the author carefully details the devastating culture of the prison system working as it was designed; to contain Black bodies and lives. It addresses the loss of voting rights, uneven poverty, the disproportionate numbers of Black lives in prison, facing an unjust and unequal judicial system, and much more. This book spent 250 weeks on the national best seller list for a reason.

Maya Angelou (1969) I Know Why the Caged Bird Sings

This book is an autobiography describing the early years of American writer and poet Maya Angelou. The first in a seven-volume series, is a coming of age story that illustrates how strength of character and a love of literature can help confront racism and trauma. It begins when three-year-old Maya and her older brother are sent to live with their grandmother. The book concludes when Maya becomes a mother at the age of 16. The book details Maya’s transformation into a self-assured, strong young women.

This piece covers topics common to autobiographies written by Black American women in the years following the civil rights movement. It is a celebration of Black motherhood; a critique of racism; the importance of family; personal dignity, and self-definition.

This profound work seeks to address the biggest questions about American history and ideals to the most intimate concerns of a father for his son, Ta-Nehisi Coates offers a powerful new framework for understanding our nation’s history and intrenchment in anti-black racism. Americans have built an empire on the idea of “race:. This is a falsehood that damages us all but falls most heavily on the bodies of black women and men. These bodies have been exploited through slavery and segregation, and, today, threatened, locked up, and murdered out of all proportion. What is it like to inhabit a black body and find a way to live within it? And how can we all honestly reckon with this fraught history and free ourselves from its burden?

Between the World and Me is Ta-Nehisi Coates’s attempt to answer these questions in a letter to his adolescent son. Coates shares with his son—and readers—the story of his awakening to the truth about his place in the world through a series of revelatory experiences, from Howard University to Civil War battlefields, and the South Side of Chicago to Paris.  Beautifully woven from personal narrative, and reimagined history, Between the World and Me clearly illuminates the past, bracingly confronts our present, and offers a transcendent vision for a way forward.

This book has a 2017 film with the same name. The Book is an uncompromising in its telling of anti-black racism in Canada and that racism in Canada is thriving and anything but post-racial. In his 2015 cover story for Toronto Life magazine, Desmond Cole exposed the racist actions of the Toronto police force, detailing the dozens of times he had been stopped and interrogated under the controversial practice of carding. Month-by Month, Cole tells the story of entrenched systemic anti-black racism in Canada which is fueled by still existing white supremacy in Canada and the complacency of many Canadians.

In Wayward Lives, Beautiful Experiments, Saidiya Hartman deeply researches the black intimate life that unfolded in Philadelphia and New York at the beginning of the twentieth century. Free love, common-law and transient marriages, multiple intimate partners, relationships outside of wedlock, queer love and relationships, and single motherhood were among the radical changes that altered the character of everyday life. Hartman narrates the story of this radical social transformation against the grain of the prevailing century-old argument about the crisis of the black family.

In wrestling with the question of what a free life is, many young black women created forms of intimacy and kinship that expanded on the human imagination and caste out the dictates of respectability in relationships. They intertwined with, and cast-off lovers, exchanged sex to subsist, and revised the meaning of marriage. Longing and desire fuelled their experiments in how to live.

In this beautiful text, Wayward Lives recreates the experience of young urban black women who desired an existence radically different than the one that had been scripted for them—domestic service, second-class citizenship, and respectable poverty. These revolutions came at the cost of being scripted as crime and pathology. For the first time, young black women are credited for shaping a cultural movement that has transformed the urban landscape.

Christina Sharpe (2016): In the Wake: On Blackness and Being

Christina Sharpe’s “In the Wake: On Blackness and Being” addresses issues of citizenship, racial violence, and black mortality, meshing her personal experiences surrounding death and “the wake”. Sharpe provides a critique of cultural structures, as well as a reimagining of slavery, funeral, and death metaphors. In the wake of so many “ongoing state-sanctioned legal and extralegal murders of Black people,” Sharpe’s argument that black death is a foundational aspect of American citizenship encourages readers to acknowledge the antiblackness embedded in North American culture. With the continued and encouraged proliferation of black death in the global diaspora, Sharpe’s study will, hopefully, usher in more scholarship that questions pervasive antiblackness.

In this paper, an anti-racist and disability arts approach is used to explore a necessary conversation around how madness is produced by experiences of racism, poverty, sexism, and inter-generational trauma within the Black community. It examines how the Black body has a history of being the site of medical experimentation. From the perspective of  Swains own experiences, she suggests that this history of medical abuse has caused Black people to be suspicious and wary of the healthcare system, including the mental healthcare system, which envelope’s discussions around the intersection of Blackness and mental health.

What does it mean in the era of Black Lives Matter to continue to ignore and deny the violence that is the foundation of the Canadian nation state? Th book, BlackLife discloses the ongoing destruction of Black people as enacted not simply by state structures, but beneath them in the foundational entrenched ideology that underlies thinking around migration and movement, while at the same time, Black erasure and death are unveiled as horrifically acceptable throughout western culture. Idil Abdillahi and Rinaldo Walcott pull from a scope of local history, literature, and public policy. They also address everything from arts funding, to crime and mental health. It presents a convincing call to challenge pervasive thought on dominant culture’s conception of Black personhood. They argue that Black artists, theorists, activists, and scholars offer us the opportunity to rethink and expose flawed thought, providing new avenues into new lived realities for black lives.

In this breakout book, the author explores the complex reality of today’s racial landscape, ranging from white privilege to racialized violence and discrimination. It offers clarity that will help readers build a language in talking about race and anti-racism, and highlights to the landscape of history and existing racial inequalities. This text contributes to the dismantling of the racial divide, through an historical and contemporary lens.

In this book and the resources provided (more information provided in the link), the author articulates antiracism and reframes the conversation about racial justice in America. They also point us “toward liberating new ways of thinking about ourselves and each other”. In this, we imagine what an antiracist society might look like and how to play an active role in building this future.

Through storytelling, historical accounts, and personal experiences, Kendi is “helping us rethink our most deeply held implicit, beliefs and our most intimate personal relationships and reexamines the policies and larger social arrangements we support”. The link provided also includes book club style resources to do this work with others.

The Films Listed below are streaming for free in collaboration with Criteron and Cineplex. They offer an incredible array of award-winning films by Black directors, authors and creatives. Please refer to the live link provided for synopses and links to free resources. This resource includes an opportunity to access the Toronto Public Library’s streaming system (Kanopy) that allows for up to eight free movies to stream per month.

Some Films from Criterion include:

Some Films from Cineplex Include:

This compiled list of podcasts is adapted from the Anti-Racism Resources Google Doc compiled by Sarah Sophie Flicker and Alyssa Klein. Please visit the link below for a longer list of resources based on material and media type (e.g. articles, parenting resources, and films based on streaming service).

1 comment on “In Solidarity with Black Lives: Centering Black Communities and Committing to Anti-Racism in our Lives”