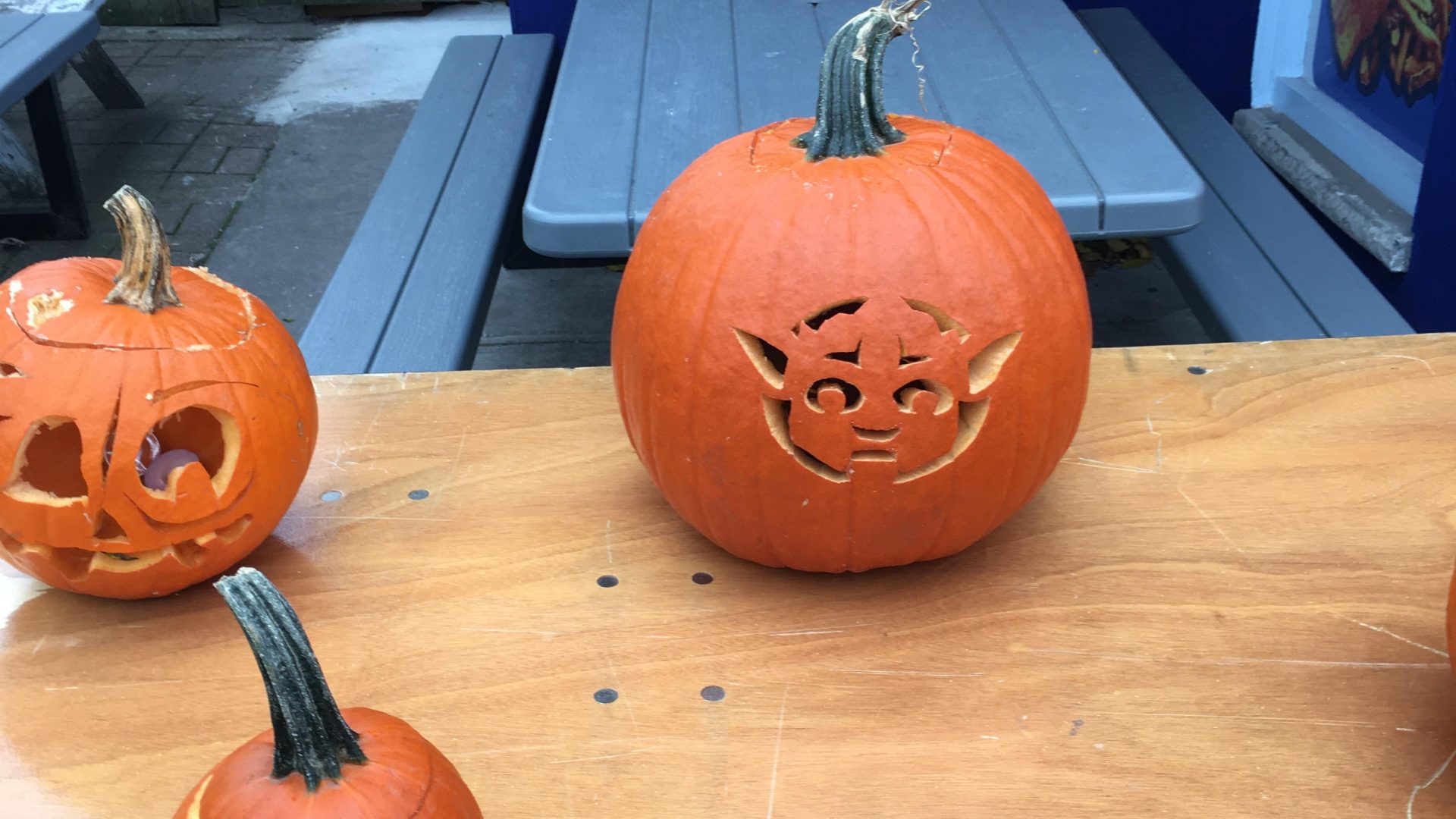 Skating for the First Time at MoveU’s Scary Skate

I didn’t actually know how to skate when I showed up at MoveU’s Scary Skate on Halloween. (I still don’t.) I’ve wanted to go ice skating for a while now, ever since I’d known that it was a possibility (and not just in the abstract.) So I stood in line with (at least) a million other people who had also decided that ice skating was a fun thing to do on the night of October 31st.

I had never really considered the possibility that skates might be more than just shoes with blades attached. However, holding the figure skates (rented for free; thanks MoveU!) in my hands, I was confronted with the reality that they are a phenomenon unlike any other. I started threading the laces through the holes, as one does with regular shoes, and soon discovered that my progress was inhibited by the presence of small metal obstacles, affixed directly above each hole. This was puzzling. The metal hook seemed to be placed in precisely the correct position to prevent me from doing what I was trying to do.

In the long tradition of people who realized that they didn’t know what they were doing, I glanced around for someone who did. I was assisted by a cheery girl from Brazil, who showed me how to cross and loop the laces around the metal hooks. Victory! I had thwarted the ill-intentioned metal hooks! I stood up. I took a step. Immediately, my ankle rolled, and I nearly lost my balance. I’d read somewhere that they teach people to skate by first walking on land, and I decided that that was a good idea. Forty minutes of practice later, I was able to walk in skates with a mere thirty-five percent chance of collision with the floor. I decided that this would have to do. I managed to get on the ice. And then a moment later, I successfully got off.

True, I hadn’t actually skated. But I had taken some necessary first steps, I’d talked to some interesting people, and I had fun wobbling back and forth along the mat. That was when I overheard the conversation that was occurring not two feet away from me. Someone was saying, “I saw this girl who was like”- he mimed his knees going soft and knocking together- “and I was, like, yikes, what is going on here.” His friends laughed loudly at his knock-kneed pantomime.

That girl was probably (definitely) me. It’s funny how the older we get, the more entrenched our fear of failure becomes. We don’t want to “embarrass” ourselves, and there’s nothing more embarrassing than being bad at something. And because everyone is terrible when they begin, it also follows that we don’t attempt unfamiliar things. We become entrenched in our habits and ways of thinking. That’s a pretty dull way to live.

I was awful at skating. I had a good time. And it’ll be an even more enjoyable experience the next time I go.