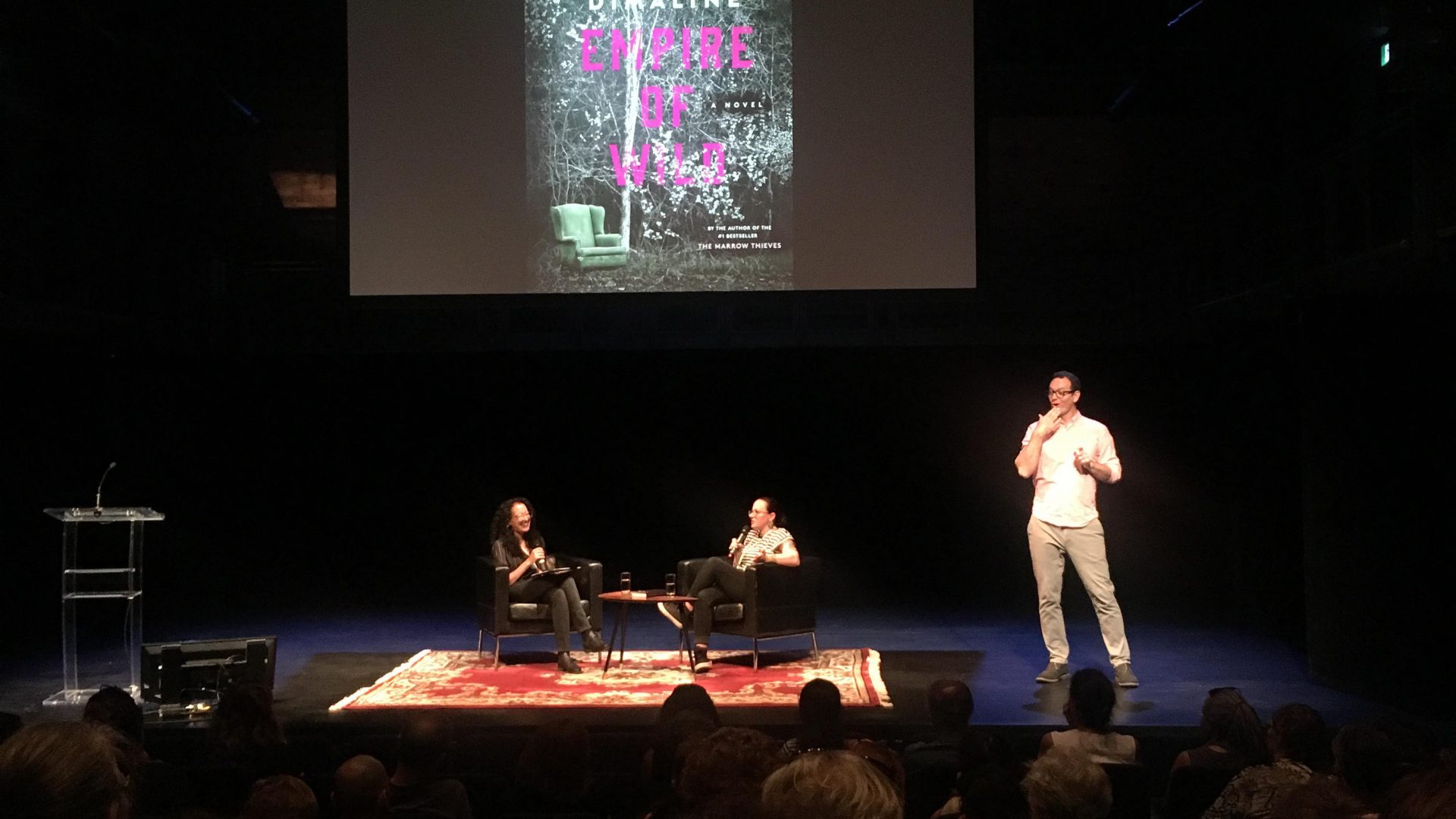 The Word on The Street: A Reflection on Writing and Community

The Word on the Street (WOTS), Toronto’s Book and Magazine Festival, is an annual fall event showcasing authors, publishers, and performers at Harbourfront Centre. This year, the marketplace tents were set up for Sunday September 22, from 10 am to 5 pm. I attended a cool panel and had the honor of tabling (for the first time!) for Augur magazine, a speculative online and print magazine. I originally thought it was going to be a glamorous experience (since people were eager to answer my questions whenever I stopped by booths in other festivals), but I was surprised by how hot it was even underneath the white tents and I became very sleepy. Still, I had a great time and met so many cool people!

During my break, I also attended a discussion session about Empire of the Wild, a novel with elements of the traditional Métis story of the Rogarou, by Cherie Dimaline. I really enjoyed the panel (it was really engaging and I laughed a lot!) and I was especially drawn to one of the points she made. She said that some stories are repeated word for word because they represent one’s history and map one’s culture, but other stories can be told with changes and incorporate other tales to show that one has learned its moral or understood its themes.

Showing up to literary events like WOTS made me realize the numerous reasons and ways people decide to put their pen to the page. Sometimes it could be a “spontaneous overflow of powerful feelings [with] emotions recollected in tranquility” (Wordsworth) but other times it can begin with an interest in the sound of words. For now, my writing impetus involves facing the darkness and also gives me time to become “friends” (or at least acquaintances) with some of the spiraling thoughts within me.

Toronto is really an amazing space with literary events happening every week, and I’m often overwhelmed with the number of choices. This year, I want to try attending every large event, starting with the International Festival of Authors! I’m also planning to go to events with friends (to make it slightly less scary and to keep me accountable).

Writing can often be an isolating and solitary experience, so it’s always great to get out there and meet people who care so much about sharing and preserving stories! It’s definitely hard to find time to attend literary events, especially with my academic and extracurricular commitments, but I feel re-energized after speaking to people and the energy in the room often sparks my imagination, propelling my desire to write.

0 comments on “The Word on The Street: A Reflection on Writing and Community”