I recently read a BuzzFeed post that pointed out some of the apparent highlights of Halloween at university. Top of the list was looking sexy, shots, shots, shots, and making awesome group costumes. Now, I bet most of us can probably plead guilty to at least one of these. But we should also stop and ask ourselves why?

Because of these three ladies . . .

And, do I really have to explain?

I love the smell of Halloween from the leaves on the street to the brisk night air like an invitation to breathe. Most of all I love Halloween costumes. The candy is good, too.

Then something changed. It became important to have a really good costume. A well-done, clever costume. An aspect of social competition had been introduced. It was no longer solely about me and my costume. It was about how my costume might impact them. Some of my friends started saying, “Halloween is lame!” It had become a social challenge that they refused to contest.

I think Halloween is a celebration of youth. A night for children to run around. A night for kids to eat candy. A night for teenagers and adults to put away their busy thoughts, and put on a costume. It’s a night to dress up like Miley Cyrus or Rob Ford or the cast of Orange is the New Black, if you want. It’s a night to act less serious and have a laugh.

But why do many university students say, “No, I’m not dressing up. I don’t like Halloween very much.” Is it really just for kids? Is putting on a costume so far below the seriousness of academia? Or is it a social issue that leads to anxiety?

I think the notion of celebrating youthfulness is unexpectedly stressful. As a university student, it’s like being asked to celebrate being you. It sounds nice, but it requires that you step out into a suddenly competitive social spotlight.

Some of us stay far away from this spotlight, others want to look sexy, or think they have to drink, or rely on the close company of a friend group. Either way, I think the anxiety drives us to miss the deeper importance of celebrating youth, which is to relax and have fun.

Last year, a group of friends and I dressed up like the characters from Clue. It was a lot of fun. Looking back I see how social anxieties were at play. They always are. This year we are being the villains from Batman. I have been working hard on my costume, and it feels almost as genuine as when I was a kid. I really do love Halloween. But I am not worry free, and I doubt I ever will be. But at least I can stop, take a deep breath of crisp autumn air, and think about why.

Happy Halloween, U of T, 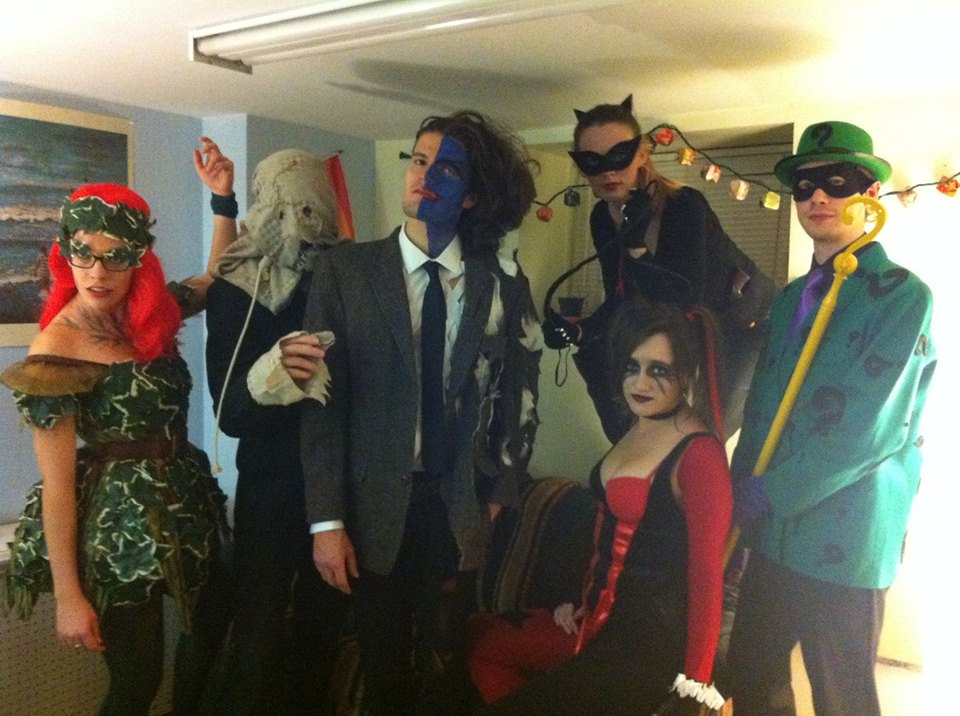