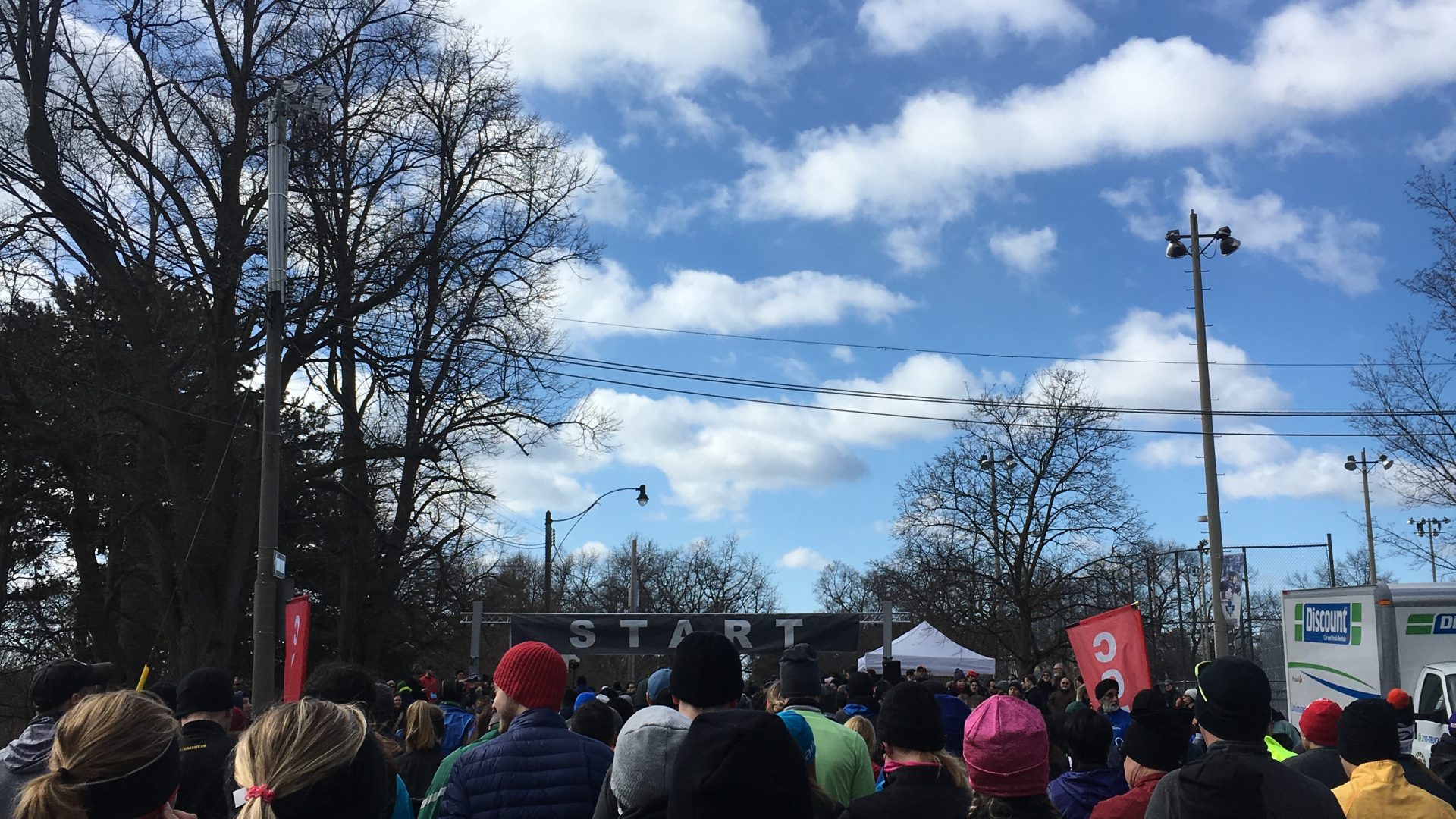 The 8k and The End

I DID IT, Y’ALL! I RAN THE 8K THAT I’VE BEEN STRESSING ABOUT ALL YEAR!!

I didn’t get much sleep the night before – pre-race jitters always get me. Despite having a stomachache out of sheer nervousness, I tried to eat a light breakfast so that my body would have some sort of fuel.

The run took place at High Park on an extremely cold and windy (but excellent) day. I ended up being really thankful that I wore mittens and a hat, plus an extra sweatshirt!

The start of the race is always so much fun – I love being in the middle of a crowd, with everyone eager to go and starting off with so much enthusiasm. I ran the first two miles without a problem. The hilly course was difficult, but we made it work. Around the third or fourth kilometer, I got a wicked side cramp and had to slow down. This is one of the reasons why I don’t like to run outside in the winter: the cramps always come for me. I think it has something to do with my lungs struggling to process the cold air.

After that, it was really hard to get back into the groove of constant movement. I pretty much finished the rest of the race in little bursts of sprinting, then walking, then sprinting. Instead of stressing about how much time it was taking me, I decided to bop along to my music (I listened to Taylor Swift the whole time) and to just enjoy the weather, the nature along the course, and the atmosphere. I took lots of breaks to just walk and soak it in. There were a couple of fun moments throughout the race – some photographers were lined up on the edge of the course, and I managed to photobomb a group of people who dabbed as they ran past the camera.

As I approached the finish line at the crest of a HUGE hill, my friends who had already finished were there to cheer me on! I’ll never forget how good it felt to cross the finish line and know that it was over and that I had done it. I then went to receive my medal, take photos with friends, and enjoy some pancakes.

Despite taking longer to finish than I thought I would (58 mins), I had so much fun. After months of hard training and worrying that I wasn’t going to make it, I did it in the end! I just told myself to keep going – every step was getting me a little closer to the end. All the training was worth it, and all the stress and worry meant nothing in light of how good it felt to run the race and to be at the end. I think that feeling is why I keep running.

My favourite part of the race was the atmosphere. At the very start, I didn’t feel like I was even moving, because the whole crowd was running with me. It was incredible to be surrounded by a bunch of people all striving for the same goal. Everyone cheered each other on, and volunteers along the course gave us high fives and encouragement as we ran past. It was so much fun, and I enjoyed it immensely more than the 5k I ran last spring! I’ll definitely plan to run the same race again next year.

And with that, I’ve completed both a race and my run (heheh) as a writer on this blog. Thanks for keeping up with my adventures this year – I hope they’ve encouraged you to get out there and challenge yourself!

In the meantime, I’m setting my sights on a 10k this fall!