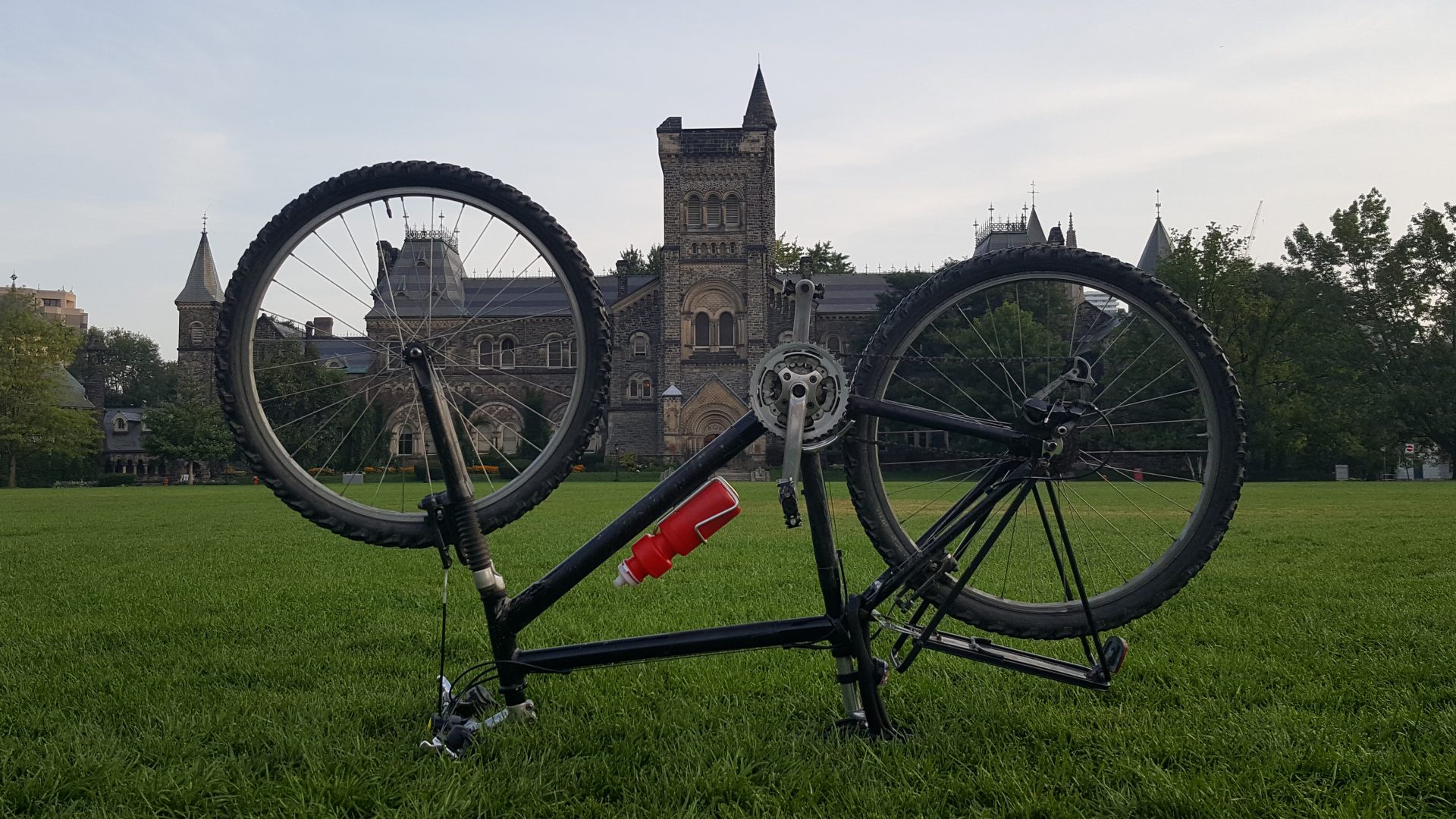 A New Cycle – Bicycling on Campus/ in Toronto

The only memories I have of cycling when I was younger were my first tricycle (still have it!), being chased by wild dogs when I tried to learn to bike and trying to bike between joggers; assuming that people would move out of my way when I rung my bell. However, with the guidance of my teammates and cycling daily to and from practice in the Fall and Summer, I can now confidently cycle on the busy streets of Toronto.

The feeling of walking towards where you parked your bike only to find that it’s not there is indescribable. In the Fall, my bike was stolen on campus. Walking back on foot to residence, I felt sad and honestly mad. I had never had anything stolen from me in my life before. After making a police report, I learned that I should’ve registered my bike with the city because even if they did find my bike, they wouldn’t have sufficient proof that it belonged to me. I have now invested in a sturdier lock and ensure that I don’t park my bike in the same spot on campus for an extended period of time. I also keep my bike in bike-rooms such as the one at New College when possible.

In Spring, I got a new secondhand bike.. a really slow secondhand bike. When summer rolled around, my parents visited and I thought – great! Now my dad could help me fix my bike. After taking a look at it, he couldn’t figure it out so we decided to check out Bikechain, a non-profit cycling organisation based out of U of T. With all the spare parts given by donation, the workshops and equipment are PWYC (Pay What You Can). The most invaluable experiences I’ve had at Bikechain would be learning to change my broken gear-shifter and attending a workshop on the basic mechanics of a bicycle.

My parents are amazed that I went from not cycling at all to cycling in downtown Toronto. I’d be lying if I said it wasn’t scary, but it all boils down to being vigilant when riding. Despite the ups and downs, I love the feeling of freedom on a bike instead of relying on my feet or public transport. I am able to get to classes or the gym in half the time. I also use it as a form of meditation, giving my mind a break from the books when I’m out for a spin enjoying campus views. Before going on a ride, I make sure that I have bike lights, my helmet, enough water, my mini-toolkit and a working bell.

Want to get cycling on campus? Head on over to Bikechain and try it for free today!

0 comments on “A New Cycle – Bicycling on Campus/ in Toronto”