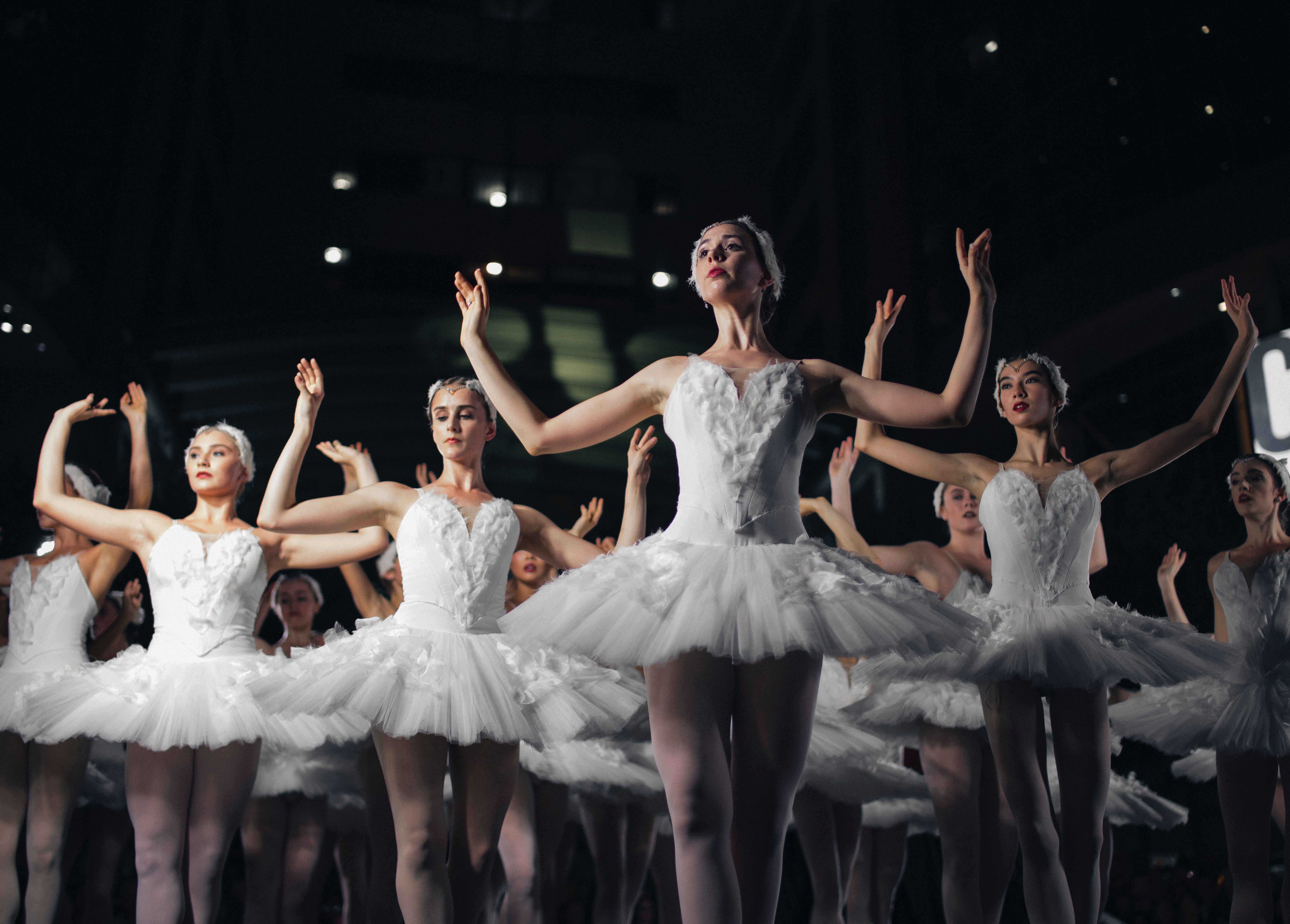 Bring on the Tutus: My First Ballet Class

This week I went to my first ballet class of the semester! (Well, technically it’s the second class, but my first one because I missed last week’s.) It takes place at the Athletic Centre through their Sport and Rec programs, which you can check out here. Also check out their drop-in programs. I have a little bit of a dance background from doing colour guard (flag spinning) in high school, but I know nothing about dancing aside from that. See my previous dance posts for evidence of this.

I think the hardest part of doing any new thing is walking in for the first time. When I first arrived at the dance studio, I was intimidated by the sight of some people wearing actual leotards and actual ballet slippers, doing stretches that made them seem like they knew what they were doing. I started nervously babbling at two of the students next to me.

But when class started, it was super chill! Our instructor was helpful and disarming, and I felt completely relaxed. Before we could learn how to dance ballet, we had to learn the basics of carrying oneself the way a ballerina would. This started with basic barre exercises.

Ballet involves standing very straight-backed, with your shoulders dropped and your eyes straight ahead. As for your arms, you position them by pretending you’re holding a beach ball in front of you, which shows you how to elegantly curve them.

We learned the basic standing positions: first position, where your ankles are together and your feet fanned out, and second position, which is the same thing but with your ankles opened in line with your hips. It did not feel natural to stand like this. It also felt very weird to point my toes the way they are supposed to point – my instructor said it’s normal for your foot to cramp when you first start doing this kind of movement! Nonetheless, it made me excited when I knew I was doing something right. If there’s anything I’ve learned in my fitness journey, it’s that the little victories are often the most meaningful and motivating!

A plié (meaning “to bend”) is probably the most basic of ballet movements: just a bend at the knees. I began my running routine again this week, and I noticed the plié gave my sore legs a nice stretch. Then we tried frappé (meaning “to hit” or “to strike”), which was a move that I struggled with. You hold the heel of one flexed foot against the ankle of your other foot, then point your foot down and out, hitting the ball of your foot on the floor along the way. It’s a quick, precise movement. I’ll have to keep practicing it.

We learned a few other things, such as how to properly lift your arms over your head and how to gracefully move to the left, right, front, and back. We ended the class by learning a short choreographed sequence that incorporated everything we had learned. I’m usually bad at choreography, but I was surprised by how easy the movements were to remember and follow. In the end, I had so much fun! I thought I’d feel really silly trying to learn ballet, but I enjoyed myself.

What new things are you trying this semester? Tell us in the comments!

0 comments on “Bring on the Tutus: My First Ballet Class”