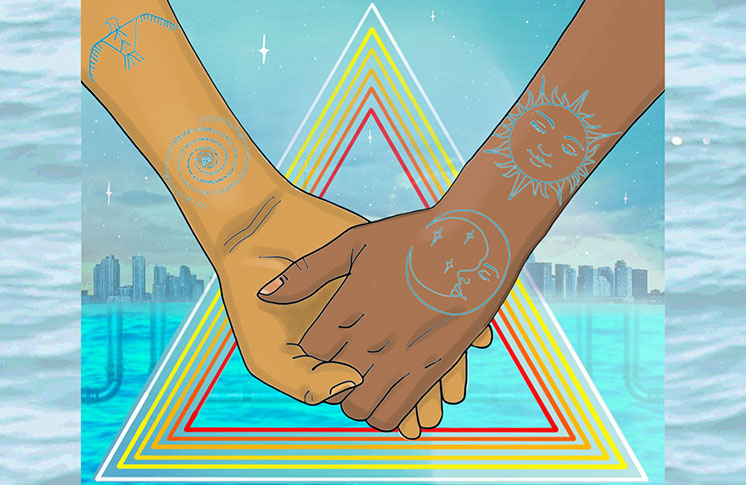 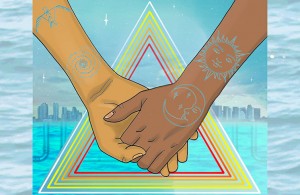 This year, I made a commitment to myself that I would try to get more involved in events on and off-campus. During first year, I would always wonder how anyone had time to do any sort of extra-curricular activities when I was finishing my readings for my class the night before, furiously typing out an essay the day it was due or panicking when a deadline loomed. It wasn’t necessarily procrastination as much as it was overloading my plate and my inability to effectively manage my time.

For example, instead of staying in bed, scrolling through Instagram and Facebook for an hour before I decided to get up, I set a proper alarm (you know, the old school ones) and put my phone out of reach, forcing myself to get up and out of bed earlier. I did some of my readings on the streetcar and dedicated a solid one to two hours per day to study without distractions (no Facebook, Twitter or other social media). I ride my bike to school or across campus to gain extra time between classes. I’ve cut back on working hours just by an hour a week. These small efforts surprisingly added up to a lot more free time. I’ve been able to check out some really cool events on-campus, one of which was the “Water is Life” talk on September 24th with Winona LaDuke, which I had mentioned  in my last blog. Just as a refresher, Winona is a Harvard graduate, economist and an environmental and human rights activist who hails from White Earth Reservation in Minnesota. Winona was a fixture at the #noDAPL/Standing Rock protests, and is well-known for her involvement with land claims, environmental activism and Indigenous communities.

The “Water is Life” talk opened with Beverly McIver’s musical suite entitled Boozhoo Manoomim, which was inspired by the annual manoomin harvest. Manoomim is Ojibwe for “the food that grows on water.” This traditional harvest has been practiced for over 8,000 years and is under threat with ongoing oil pipelines, fracking and other looming environmental disasters that threaten the water in and around Indigenous communities in North Dakota, Minnesota and beyond. The suite was a beautiful nine-piece instrumental performed by Beverly McIver, Melody McKiver and Ruhee Dewaji.

Winona’s talk was incredibly inspiring. She discussed what she called “Windigo Economics.” In Algonquin folklore, a windigo/wendigo is a shape-shifting, evil, cannibalistic spirit that epitomizes greed and gluttony. I thought this was an incredibly fitting analogy for the types of irreversible environmental destruction caused by fracking, oil pipelines and the fossil fuel industry.

Winona also addressed the conditions at Standing Rock and the militarized police force that shot and tear-gassed protesters, which she described as an “Indigenous Selma moment.” She discussed the future of Indigenous sovereignty and called on individuals to take action, and stated that she was proof that you can fight a major corporation and win. 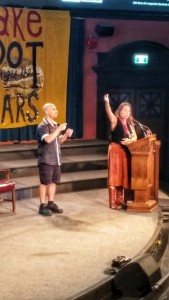 Localizing food resources and food sustainability was another major topic of the evening. Many communities, especially Indigenous communities, rely on outsourcing food supply. The farther food has to travel, the larger the carbon footprint. By reintroducing local and sustainable food practices such as the Indigenous Corn Restoration project, communities can benefit in economic and environmental ways.

I was incredibly grateful to have been able to stop by this event, and I also made it to First Nations House Orientation and Open House. Don’t let the time Windigo eat away your opportunities to engage with U of T events and all of the other amazing stuff going on in the city. I’ll be posting about Indigenous artists and upcoming events next week! 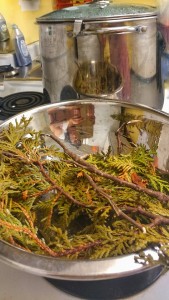 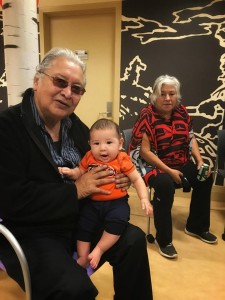