The beginning of the school year is tough. With new hopes for the year to come, I tend to be harder on myself than usual. During the school year, it’s difficult to put time away for yourself. This is partly because being an ambitious person (which a lot of us probably are, considering we’re attending a top Canadian university) means that we have a difficult time admitting that it’s hard to be on top of everything — school work, co-curriculars, work, social events, etc. Personally, I don’t enjoy acknowledging that I’m spiraling down 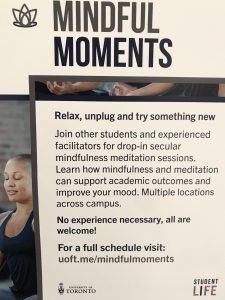 a rabbit hole of fear every time I feel overworked. It feels vulnerable to admit that I can’t keep up with the things I feel like I should be able to keep up with.

Everyone wants to feel like a superhuman that can plough through any and every difficult task because, otherwise, we have to admit to ourselves that we’re human beings who sometimes fail and struggle to get back up. Admitting that you need a break can feel shameful in a culture that values incessant drive and a never-ending exertion of time and energy until you reach success. Growing up, it felt like the path to success was always depicted through a character who didn’t stop until they got what they wanted. This dedication is valuable, but recently I’ve realized that the traditional ideas of success (ie. money and prestige) don’t matter unless you’re happy.

My mother has been trying to persuade me to do meditation to improve my mental health since she started doing it a few years ago. I shrugged off the idea because I never found it appealing and I felt like I didn’t have the time for it. Last year I struggled with my mental health, so this year I made a resolution to take better care of myself. I’ve started exercising and eating healthier, and last week I attended two Mindful Moments sessions at UofT’s Multi-Faith Centre. 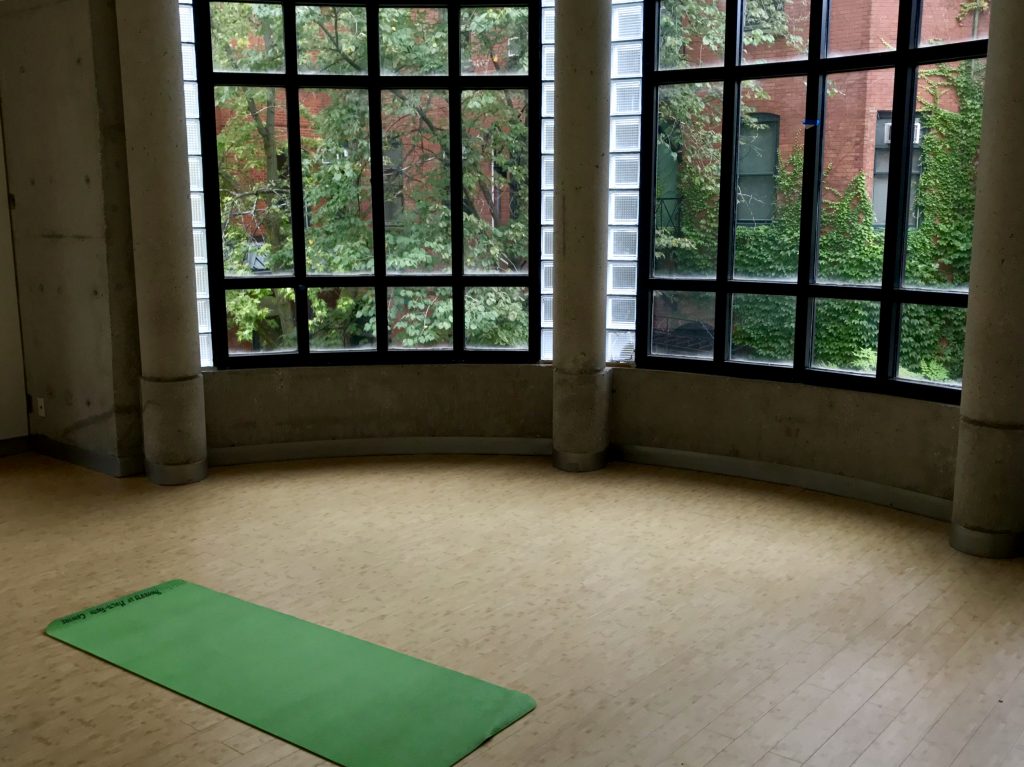 The first session I attended was meditation with Wake Up Toronto, a community devoted to sharing the practice of mindfulness. The first 20 minutes was dedicated to pure meditation, where we were asked to sit with ourselves, relax, focus on our breathing, and tune into our bodies. Going back to the basics and asking my body what it was feeling initially felt trivial, but I realized how long it had been since I had last checked up on myself. Was I doing well? After the meditation, we were asked to describe our day’s weather pattern — did we have a rainy day, a sunny day, did it storm, and did the storm come to an end?

As a humanities student, my courses require a lot of reading, specifically theory-based material where I’m constantly over-thinking complex subjects. Sitting down and asking myself  “how was my day?” — a question so basic and critical to mental health — is one I rarely ask. If comfortable, we were also told that we could share with the group whatever we wanted. It didn’t have to be significant or earth-shattering, it could just be about something we experienced that day or what was on our minds. The only other time I’m asked to share what I’m thinking with random strangers is in tutorials, where I know there’s an expectation to share something very specific — something that is relevant, insightful, engaging, and interesting. Being told we could share literally anything without being critiqued was unfamiliar territory, yet it was soothing to know that a judgement-free space existed.

The second session I attended was a Morning Yoga class with Owen Ware. It was an 8am class and the space was absolutely beautiful. A small room with big windows, it felt really relaxing to stretch and, once again, reconnect with the body. I didn’t realize until after these classes that I was putting a lot of strain solely on my mind and that I failed to attach any importance to my body. These two classes, however, reminded me that my body is my home. Failing to take care of it is detrimental to my emotional health. I feel exhausted, stressed, and sometimes depressed if I neglect to treat my body with the care it deserves. To make this year better, I have made a promise to try hard to get enough sleep, eat healthier, exercise more, and ask my body the questions it so desperately needs to be asked — “how are you feeling?”

0 comments on “Retreating to Mindful Moments”