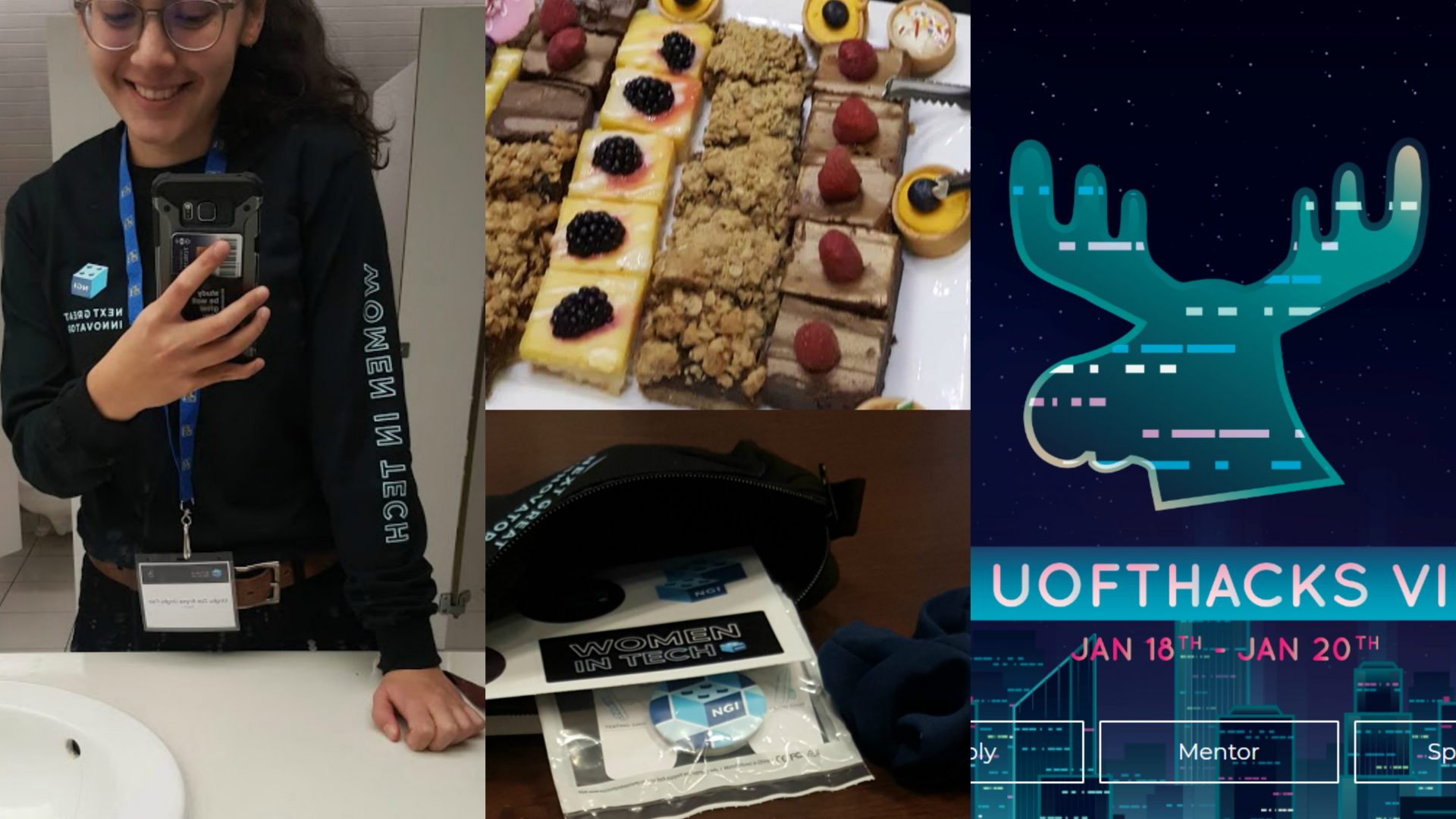 Last weekend, I went to my very first hackathon. It was not only my first time “hacking” but it was also my first time inside the MaRS building (unless you count taking the wrong exit out of Queen’s Park Station). You may have heard the word ‘hackathon’ thrown around and hopefully this post gives you an insight on what actually happens!

Young women from the universities of Guelph, Waterloo, Western as well as a few from U of T and colleges like Sheridan, Centennial and Seneca were grouped with at least one 11th or 12th grader. Similar to course group work, we started introductions and highlighting our strengths that we could contribute. This is where project management skills kicked in. In less than 12 hours, we came up with a tech-based solution and a prototype for this year’s case: “Financial literacy in Canadian youth”. With no two of us from the same school or program in my group, diverse ideas were easy to bounce off each other.

Two weeks ago I wrote about eating mindfully… I ate anything but mindfully during the Hackathon… There was a snack table that seemed to replenish everytime I got up to grab another pack of Goldfish. I also consumed six cups of tea (I didn’t sleep until 3am that night). Next time, I plan to stick to water and only turn to caffeine if I really need a pick-me up.

I have a bad habit of committing to something before actually assessing whether I’m capable of handling it. In my previous blog, I mentioned that I almost bailed two days prior. I was scared that I didn’t have the skill-set for a hackathon yet. However, I’m glad I decided to go. An RBC executive and a U of T Alum who work in the AI and Machine Learning sector shared their personal stories of how they started and learned the skills they needed with the guidance of those around them. In addition to the mentors and pitch coaches that were present to help, there were also recruitment officers on site offering us resume reviews and tips on applying for internships.

Hackathons are 10% code; 70% human (and 20% food). From dissecting the problem to agreeing on a strategy and working out a solution – technology is a tool, not the answer. The Hackathon to me seemed a lot like cramming for an exam – working under pressure to produce good ideas and prototypes – so if you’re driven by deadlines and don’t want a long-term commitment type project, why not try one out? U of T’s very own 36-hour hackathon: U of T Hacks is open for applications and you don’t need to be a coder to take part!