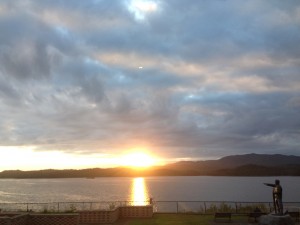 If you were stuck on a deserted island, what would you bring with you?

Most of us have probably been asked this question at least once in our lifetime, and to answer, have had to wrestle with the notion of giving up the comforts of things we generally take for granted. What would life be like without LTE? Could I survive without my mother’s amazing lasagne? More importantly would I want to? Some will answer this question practically, reasoning for survival, yet some will opt for comfort and luxury, regardless of how little these would matter on a deserted island.

Generally, my answer would be coffee.

I’m known to be quite the coffee junkie. My average coffee intake sits at around four cups a day. One cup in the morning to kick start my day. Then one mid-morning because I like the taste. Then I’ll have a cup in the afternoon to counter the caffeine crash, and finally another just before dinner, because any later and it’ll affect my ability to sleep. 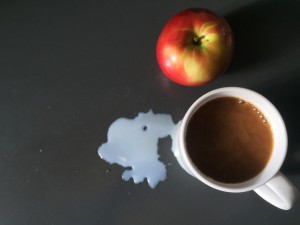 I wasn’t always such a coffee addict; however, I’ve justified my intake due to student life. Of course, this is a weak justification, but it doesn’t help that I often cannot find enough hours in the day to complete the tasks that I’ve set out to complete. Coffee has helped me cope. At least, that’s how I would have justified my coffee addiction a month ago.

In the beginning of January, I gave up caffeine for 21 days. My intake was getting wildly out of control, and I needed to tame that wild beast. For the sake of my health I needed to cut it out of my system temporarily. The 21 days, in retrospect, were challenging, but not as bad as I anticipated.

The first week was the worst week.

That first week sent my body into a really confused state.  I had a difficult time maintaining focus in the morning. Everything was hazy from when I woke up, to just after 11am. Also, I found that I would nod off at really inopportune times, like in the middle of a lecture or a conversation. I was always really tired, but to my frustration, when it came to bedtime my tiredness would disappear. 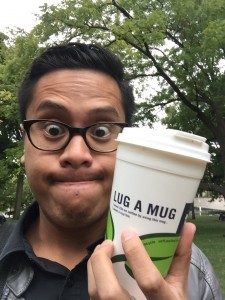 k was much easier. I accepted the fact that I just wasn’t the type to be able to sleep at a decent time, and so I began taking naps on campus. My naps were very regimented. I knew I needed them, but I also knew that they couldn’t be longer than 30 mins. Through trial and error, I found that any longer and I would wake up feeling drunk with drowsiness. So during mid-day (just before, or just after lunch), I would find a quiet couch, set my alarm for 30 mins, and catch some shut-eye.

Suffice to say, this strategy of coping bled into the third week. And of course, this was the easiest week of them all. Essentially, what made it easy was the fact that I knew I could survive the rigours of student life without the crutch of caffeine. Acceptance of this made me not yearn to be caffeinated.

This past Sunday was day 21.

What did I learn? I learned that sometime convenient fixes can become problematic. Rather than better scheduling my time to accommodate and foster healthy sleeping habits, I fuelled my alertness with caffeine and ultimately put myself at a really high-risk of health complications. I also learned that reversing a bad habit is difficult, but not impossible. It may be too early to say with certainty that my reliance on caffeine has been placated, but I now know that I can function just fine without caffeine in my system and that, to me, is enough to help me get by.