Following Through: getting physical towards a healthier year 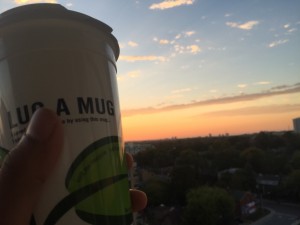 Usually, I’m a morning person. Usually, I love waking up to the dawn breaking over the horizon. There’s something invigorating about how the smell of fresh coffee curls around the cool and slightly damp morning air. I can’t help but fall in love with it over and over and over again. BUT there are some mornings when just the thought of leaving the soft warmth of my pillow conjures feelings of fear and dread right in the deepest and darkest crevices of my soft heart and fragile mind. Monday morning was one of them.

You must be wondering what caused me to begin my Monday –nay my week– with such intense dread? It wasn’t school. To put it simply, it was the fault of nothing more than my very own convictions. If that doesn’t make sense, let me refer you back to a post I made two weeks ago. The post where I revealed my three “New School Year Resolutions” in order that I would force myself to be accountable to all of you who read the post. Yes THAT post. 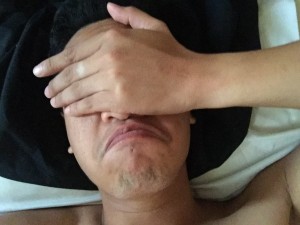 Well, seeing as we are now two weeks into the semester, having given myself a bit of a grace period to get settled into the school year during week one, Monday marked the beginning of my attempt to make good on the promises I made to my new-school-year-self. Which meant that the early morning streets of Toronto were scheduled to be underneath my running shoes just as soon as I was able to get out of bed.  Enter feelings of dread – stage left.

Now here’s something you don’t know about me, not too long ago (about a year and a half ago) I was an avid runner. Avid in the sense that I was very heavily involved in a running group where I volunteered my time as a running coach for ambitious beginners and as a race participant for several races of varying distances. But as a former avid runner, I also know how excruciating getting back on the running wagon could be, especially after a long break of not running; and especially with knowledge of the pace and distance I’m capable of in my peak condition. This, I believe, was the root cause of my rude Monday morning awakening. 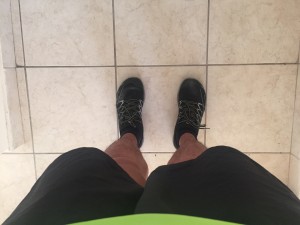 I hope I’m not alone in understanding how it feels to want to stay in bed as an attempt to hide from the day’s obligations. In a strange way, in trying to defer going for a run, staying in bed felt just like those nights when I’ve wrestled with insomnia. I tossed and turned, my mind racing with weak excuses to justify my inaction. I allowed myself to almost drowned in the Facebook video vortex because learning how to make an easy casserole using Pillsbury ready-made biscuit dough seemed less painful than putting my running shoes on. But as an hour passed, the guilt that began to manifest for trying to betray myself overpowered the cowardice I felt towards making progress on my resolutions and reluctantly I was lacing up my runners and heading out the door.

With every run there’s always the first 10 minutes. Some days, the first 10 minutes are pretty tolerable, most days, they are the worst 10 minutes of my life. Monday’s run was no exception, it was pretty much the worst, probably punctuated by the fact that my body was re-familiarizing itself with the estranged activity. As I padded along my neighbourhood’s sidewalk I could feel my muscles trying to figure out how to get more oxygen and because of that my lungs were overheating, burning with the need to take in as much oxygen as possible. But as I re-learned how to breathe and how to pace myself, the first 10 minutes became a distant memory, and I found myself getting lost in a glorious endorphin induced state of mind. Everything became clearer and I felt more alive, I missed this feeling. 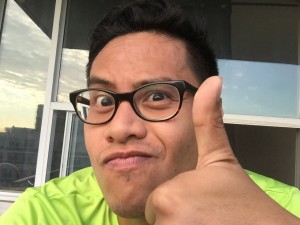 In the end, I was able to complete a 30 minutes jog. I realized that my fear of getting back into the habit of running was all in my mind and I was reminded of how fantastic my muscles’ memories were. With no fear or dread, I can honestly say that I’m looking forward to my date with the sidewalk tomorrow morning.

0 comments on “Following Through: getting physical towards a healthier year”