Put your phone down: Excessive texting and phony emotional support

Despite group study sessions, project collaborations and other similar forms of encouragement by professors to increase interaction in the classroom, the bulk of our academic work is done in isolation. In fact, some of the most anxiety-provoking tasks –such as studying and writing an exam—are often the loneliest. Understandably so, otherwise, how else would we be assigned individual grades if our intellectual endeavors could not be differentiated from each other’s?

To overcome this solitude, students reach to their phones for emotional support via texting. I’ve done this many times during my university career whenever a lecture bored me to tears, or when it was 3am and the only work I had done up to that point was next to none. It made me feel better to be reassured.

Texting can be a beneficial way to cope with stress because it allows you to receive support no matter the location, and it helps take the emotion out of communicating difficult messages because your friends can’t hear your voice1. In fact, moderate texting has been shown to facilitate student maintenance of support networks and interdependent learning2.

But it has become observably excessive. Libraries that used to hum a tune of mouse clicks, keyboard taps and textbook pages flipping, now warble with the sound of frantic fingers on mobile phone keyboards and the occasional vibrating notifier of a new message.

Although there is no set number of texts that makes one an “excessive texter”, a relative definition of one, would be when text-messaging becomes such a pervasive activity that it starts interfering with other aspects of life. For example, a student that attends a lecture only to engage in a horde of text-message conversations instead of listening to the professor (We’re all guilty. But don’t worry, studies show a negative correlation3 or no correlation4 between texting habits and GPA. You should still listen though. I know you paid for your unlimited texting, but you paid for your education too!)

Excessive texting has been shown to interfere with sleep and thus lead to depression and decreased well-being5. Frequent student texters were also found to be more likely emotionally burnt out than less-frequent texters6 and paradoxically, feel lonlier7. 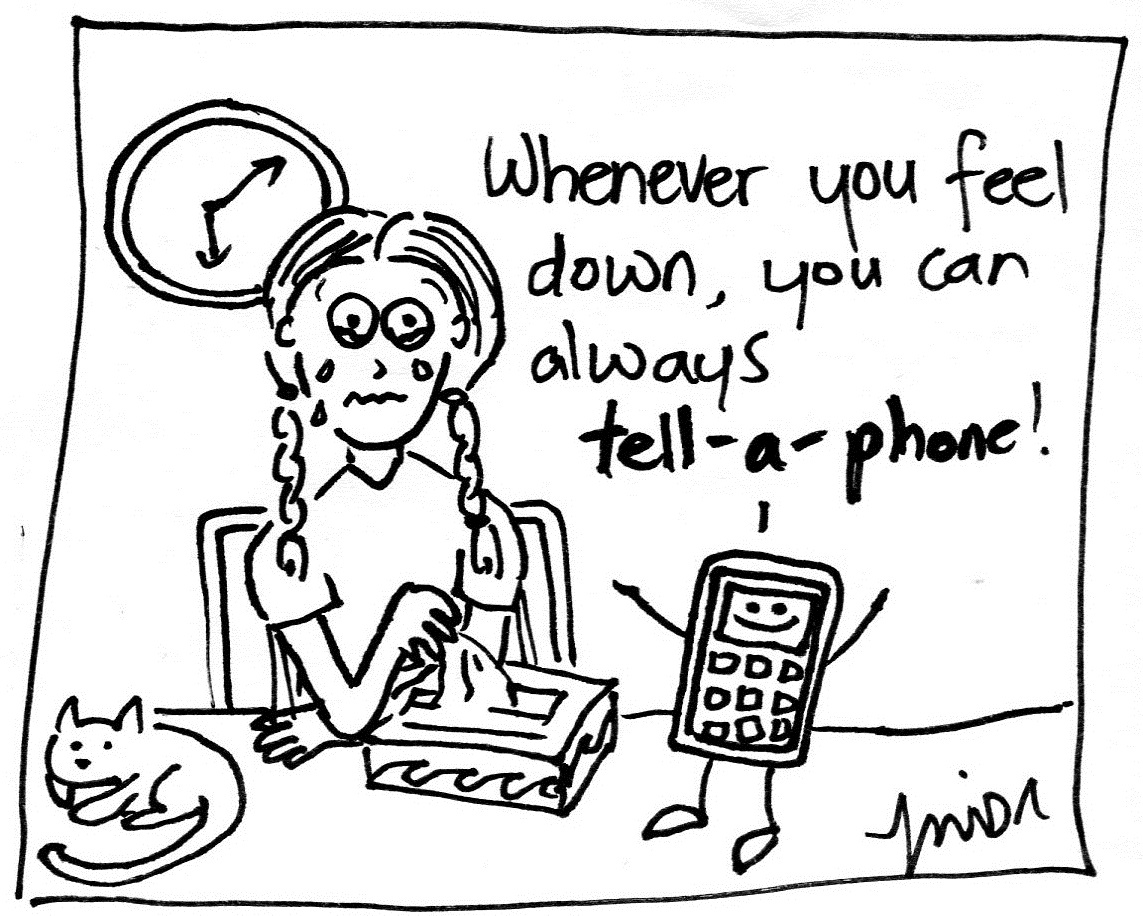 So stop staring at a screen and look for some face to face interaction. Even though moderate texting is beneficial, it is still too superficial of a means to cope with stress because you can only say so much in a text8. Talking through issues with a friend helps you process your feelings and thoughts more thoroughly. Friends are also a great source of alternative perspectives.

Celebrate World Mental Health Day with U of T on October 10th by participating in Unplugged Hour from 12pm-1pm. Take time away from all your screens and instead, connect face-to-face with a friend!

October is also about building on your strengths! Check out all of the programs our campus is offering to support students mental health and wellness. Get out and try something new, meet new people while having fun!

Bye for now, and stay well,

0 comments on “Put your phone down: Excessive texting and phony emotional support”