Why I love U of T

With Valentine’s Day on our collective consciousness I thought that now would be an ideal time to share with all of you the things I love about the institution I have dedicated the past five years of my life to. While the University of Toronto receives a lot of negativity from students for a plethora of reasons I won’t get into here, I am ultimately happy I chose to pursue my undergraduate education at the U of T and with the onset of graduation in a few short months I know that I wouldn’t have wanted to attain my degree anywhere else! Here’s why: 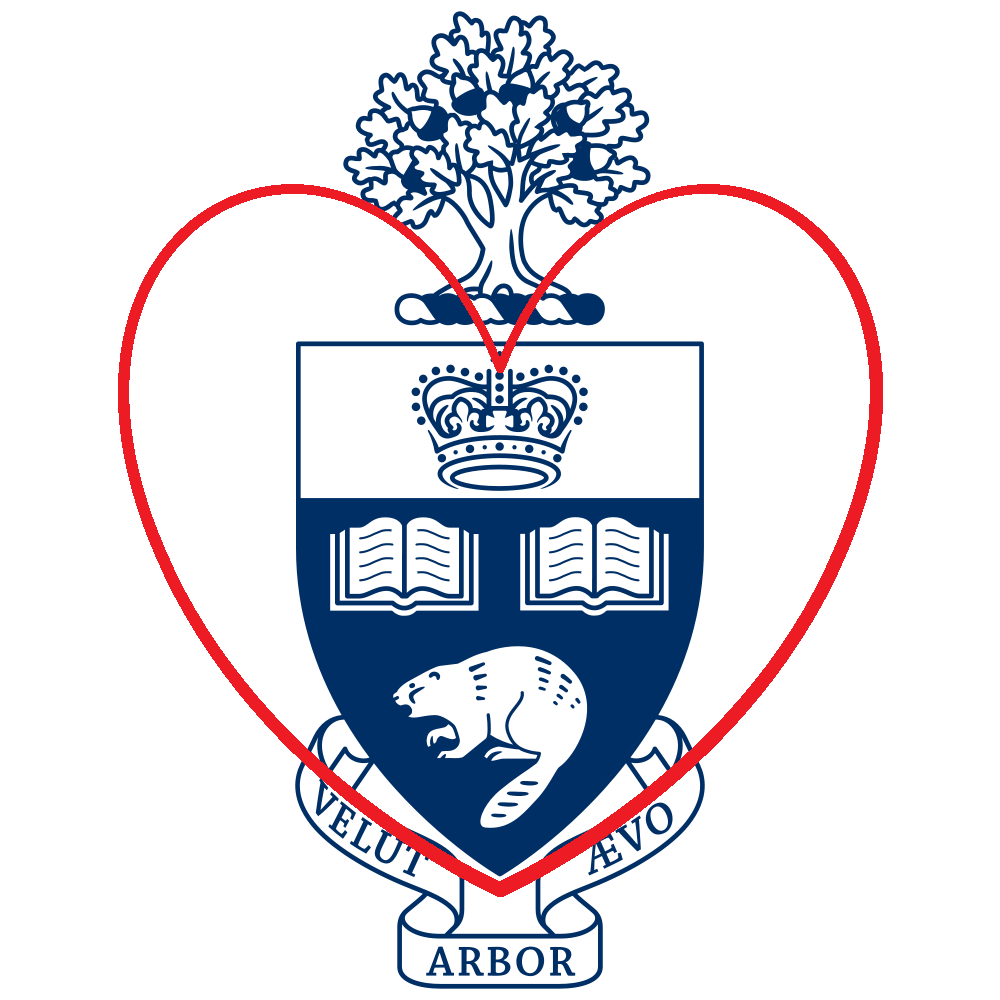 Did you know that the University of Toronto (which was founded in 1827 as King’s College) is older than Canada? I bet you also didn’t know that University College and Victoria University’s Annesley Hall are considered National Historic Sites by the Canadian government! Throughout the university’s long lifespan, many prominent Canadians have called it home, a short list including: William Lyon Mackenzie King, Lester B. Pearson, Adrienne Clarkson, Malcolm Gladwell, Naomi Klein, Margaret Atwood, Donald Sutherland, Harold Innis, Northrop Frye, Marshall McLuhan, C. B. Macpherson, etc. et. al. You don’t have to be a history buff to appreciate university’s long legacy as one of Canada’s premier academic institutions!

The University of Toronto is an oasis of learning and self-discovery amid the hustle and bustle of Canada’s most prominent urban environment. The campus itself is beautiful, an appropriate mixture of centuries-old buildings and urban planning mixed with modern innovations and cutting edge architectural design. It is easy to forget the sheer beauty that defines the U of T campus as you simply keep your head down in a rush to class in the mid-February cold. Due to its location in Toronto’s downtown, the university offers its students exposure to unique social, economic, and cultural experiences that can only be found in highly developed metropolitan centers.While I can only speak to my experiences with the St. George campus, I hear that the Mississauga and Scarborough locations are nice as well for reasons unique to them!

While not everyone will agree with this assessment, I can honestly say that I have generally had a positive experience with most of my Professors and instructors during my 5 years as an undergraduate student. Faculty are, on the whole, passionate about what they teach and are excited to share their knowledge with you. Some of the most prominent intellectuals and academics today can be found on the Faculty lists of U of T’s various departments and I am grateful to have had the opportunity to study under them.

Perhaps the most important category on this list, the University of Toronto student body is all at once intelligent, sophisticated, socially engaged, and welcoming. While I can only speak to my own experience, some of the most intelligent people I have ever met and some of the best friends I ever hope to meet are University of Toronto students. Canada’s future leaders, intellectuals, and innovators can be found sitting next to you in any given lecture and I am often awestruck at the caliber of student found at the U of T.

An appreciation of the wide variety of libraries and the vast collection of academic materials within them is something we as students tend to neglect when thinking about our time at the U of T. Very rarely have I sought to take out a book from one of campuses libraries and found it unlisted. The University of Toronto Libraries is the fourth-largest academic library system in North America — we should not take it for granted.

Call me pretentious, but I enjoy my association with one of North America’s (if not the world’s) premiere institutions of higher learning. There’s a reason students from all around the globe flock to the U of T for study.

Let me know why you love U of T in the comments!