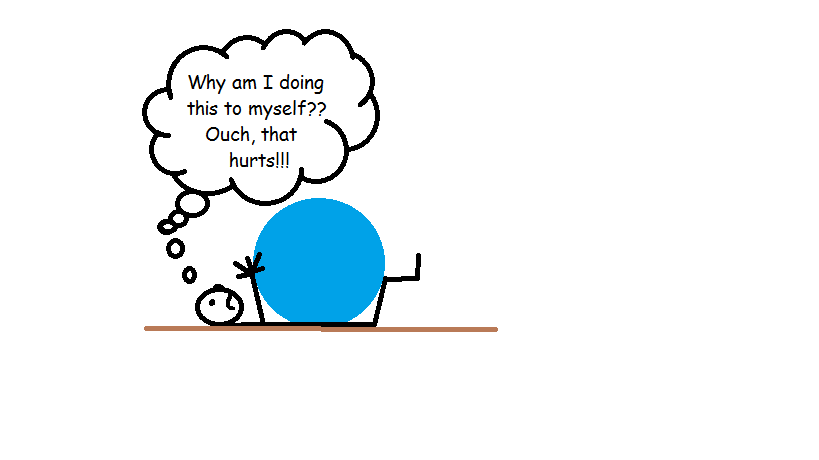 That hurt. My first encounter with Frosh Fit was a painful experience. As I type this, my biceps, thighs, abs, and calves are burning with the red-hot intensity of ten fiery suns. This may sound melodramatic, but I haven’t worked out in five years and as stated earlier…ouch!

Our trainer Teiko – the grizzly bear (he condones this enduring moniker) – successfully intimidated my out-of-shape muscles and blasé attitude into submission. Although the entire hour is now a blur of burning muscles, sweat stung eyes, and awkward poses, I still feel confident that I can produce an accurate synopsis of the workout.

We 5 bloggers with Chris our editor in tow, entered the Dance Studio full of confidence in our abilities to tackle an introductory fitness class. We were given a brief description of the workout plan and were then warned that this was not meant to be an easy undertaking. We began our warm-up. Unfortunately by the end of the warm-up, I was already worn-out and my confidence in whether or not I could endure 45 minutes of continued exercise was fading. We were divided into pairs and even as the circuit began, the approaching ab station loomed over me like a cumulo-nimbus cloud, which I knew would soon swirl into a super cell storm of abdominal pain.

The station in question (#5) was an abdominal exercise called the mountain climber. It went something like this…get into push-up position and then use your legs to pretend you are running up the side of a building or a mountain. It looked well beyond my ability. By sweet serendipity and the urging of a group of lovely seniors who were waiting for the space to clear, we were forced to end the session before we had completed the entire circuit. My partner Cynthia and I narrowly avoided the ab station and what I’m almost certain would have resulted in an embarrassing display of physical endurance. 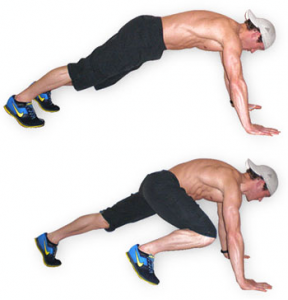 In my defense I did for the most part try my hardest, although I admit that on station #3 I didn’t really squeeze the big ball hard enough to induce wrenching abdominal pain. Also, I could have lunged deeper, but I was afraid I would pull my groin.

I will say this, I really enjoyed the endorphin high I experienced post-exertion. Like I said it’s been a while since I worked out and I had forgotten how good it feels when the work-out is done. I understand why doctors recommend this as a way to fight depression. You might think that because of my belly-aching about how hard this work-out was that I wouldn’t recommend it, but I actually would. It was hard, but I am proud of myself for having finished the session without any major medical emergencies.

I even bought a lock for the change room! This is a real $7.50 commitment, that I feel will motivate me to use the athletic facilities on campus. Now I can’t use the old “but I don’t have a lock”, which was one of my go-to excuses. Also now that I’ve actually entered the AC, I’m not so intimidated by it anymore. This little “exercise” has given me some motivation to use the Athletic Centre and Hart House.

I would like to think I could laugh at my gross inaptitude for this encounter, as I have done so many times in my UpbeaT adventures this year…but my abs still hurt too much to laugh. Maybe in a few days…

Muscle update (6 days post-exercise): I am sad to report that my thighs are still burning and I am still saying “ouch, ouch, ouch, ouch, ouch” every time I walk down stairs…which is complicating and slowing down travel via public transit, which was already complicated and slow to begin with.