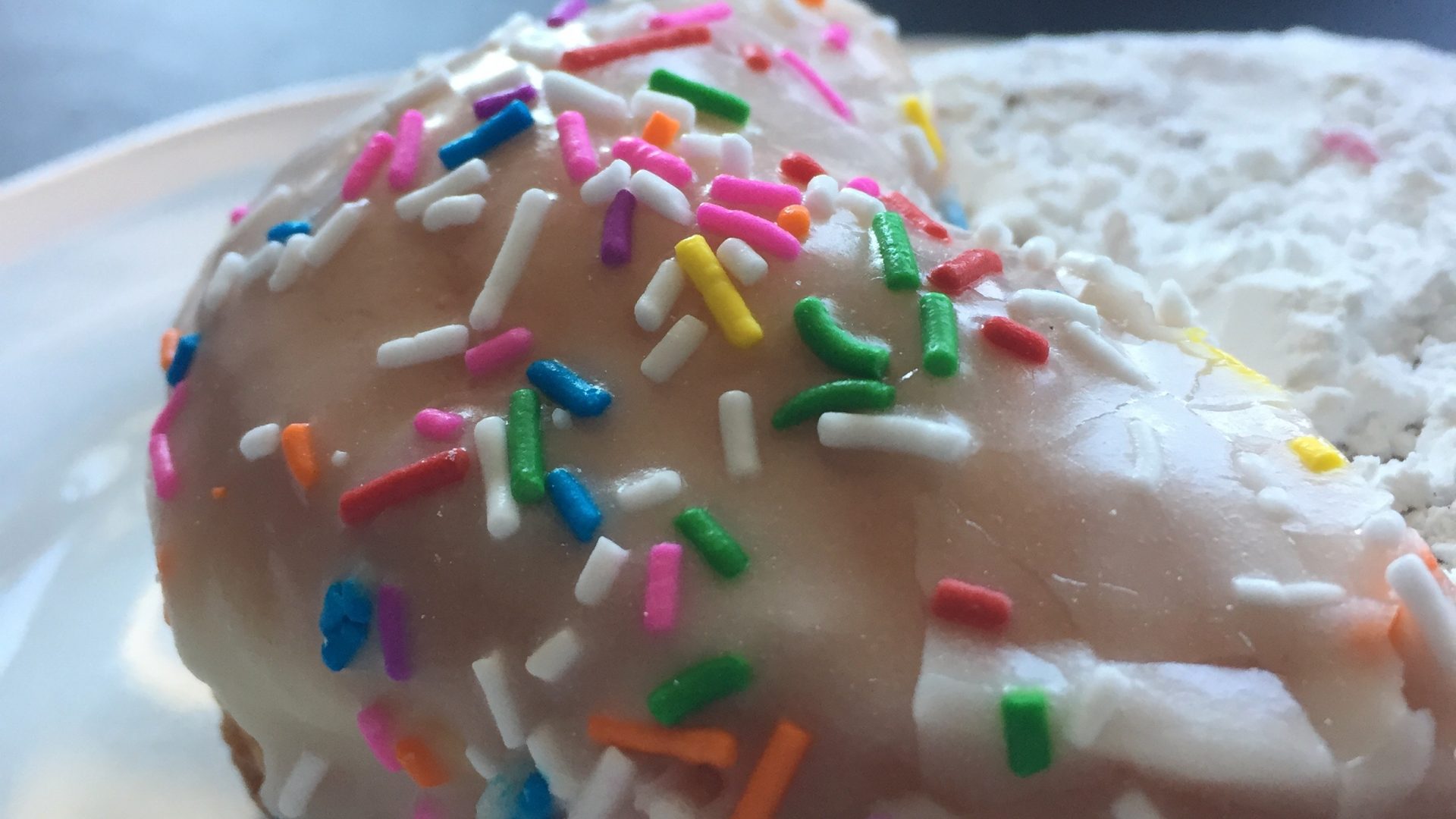 My Hunt to Find The Best Donut Shop in Toronto

March is definitely the time to buckle down and do nothing but work… right?  Well, this month I went on a fun and exciting adventure to find the best donut shop in Toronto! My partner loves donuts so much and inspired me to get out and try some of the best donuts Toronto has to offer.

Even though it’s the busiest time of the year, I’m glad I took the time to do something fun like this! It’s important to remember that beyond school, we’re also human beings who deserve to do fun things and explore the places we live in. Plus, getting out of my apartment and enjoying myself has helped prevent burn-out during such a busy time.

The first donut place we checked out was Dipped Donuts Inc in Kensington Market. It’s hard not to make a stop at this place—it specializes in Instagram-worthy donuts topped with various unique toppings, such as “Cookies and Cream,” “Carrot Cake,” and “Smores.” Personally, I tried a Smores donut (topped with a marshmallow and graham cracker) and a Carrot Cake donut!

Even though these donuts looked incredible, I didn’t think they tasted as good as I expected. The Smores donut felt like the donut shop spent too much time trying to replicate smores and too little time focusing on the basics of the donut (like good dough and icing).

The Carrot Cake donut, however, was fantastic! I think that these donuts’ appearance and unique flavours are definitely their best assets.

The next place we checked out was Bloomer’s on Bloor! This place is really famous for having great vegan donuts. We went to Bloomer’s two times—the first time, we tried a sprinkles donut and a cinnamon sugar donut, and the second time, we tried a chai donut.

I loved that these donuts were a bit more paired down than Dipped, and featured some classic flavours. They definitely satisfied my old-fashioned donut cravings and were great vegan donuts!

However, I felt like the dough on these donuts wasn’t fried very much—they tasted quite bready. So although these donuts were very good, they were lacking that crunch and fried taste of a classic old-fashioned donut.

Finally, we went to Machino Donuts on Bloor, which is just a few blocks away from Bloomer’s. Like Bloomer’s, this donut shop specializes in classic, vegan donuts. We tried a sour cream glaze donut, a jelly donut, and a butter tart donut.

To my excitement, these donuts were great. While they had classic toppings like sour cream glaze and jelly, they also had fun flavours like butter tart which still tasted really good. Importantly, they had more of a fried taste and texture than Bloomer’s did. So, my favourite donuts so far are definitely from Machino!

Are there any more places you know that we need to try? Please let me know in the comments below! 🙂