This past Wednesday I attended the UC Follies Rocky Horror Picture Show Shadow Cast presented by the UCLit.  Although I’ve seen Rocky Horror Picture Show many-a-times, I’ve never actually been to a live performance or interactive screening of it.  I’ve heard how fun it can be, getting to throw rice onto the stage or yell things back to the cast, but nothing prepared me for the night of shenanigans the Follies had in store for us.

I think a part of me was still expecting things to be toned down the way they were in high school.  They couldn’t possibly re-enact every provocative scene from Rocky Horror… could they? 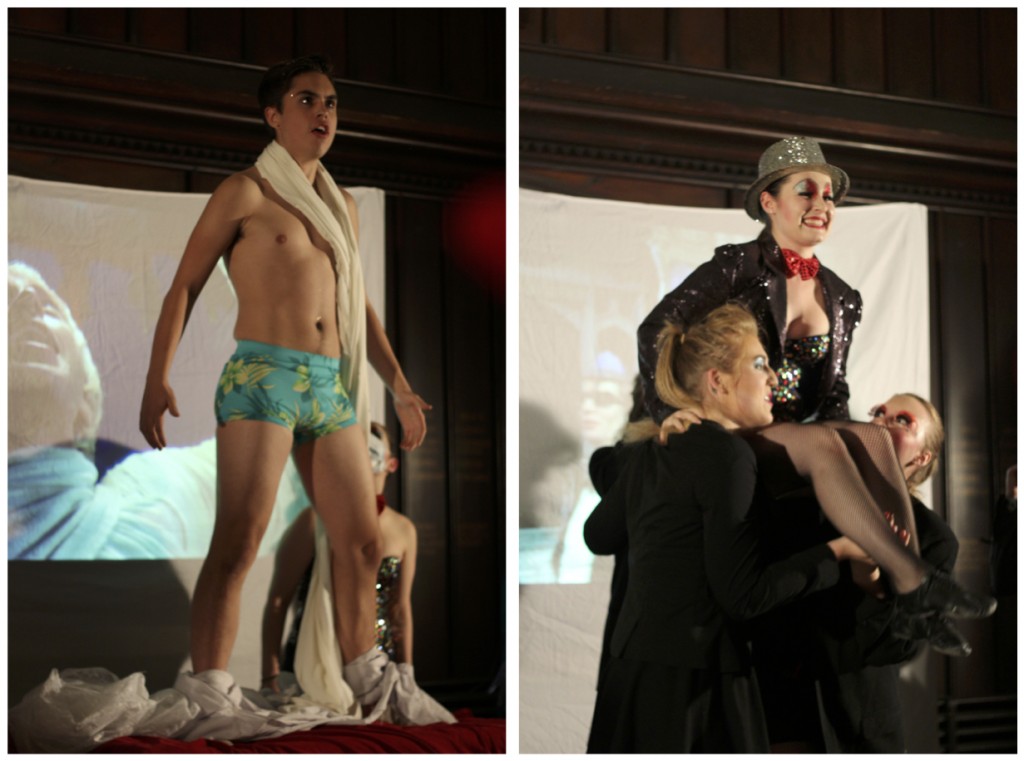 To start off the night, my best friend and I came dressed as the main character duo of Brad and Janet – gaining ourselves entrance into the intermission costume contest along the way. The University College JCR was packed full of people in costumes enjoying food and drinks, and discussing all the insider secrets of an interactive Rocky Horror show.

At 9:30 the lights dimmed, and the show began.  I actually didn’t understand what a shadow cast was until the show had began, but essentially the UC Follies acted in the foreground while the movie played in the background. 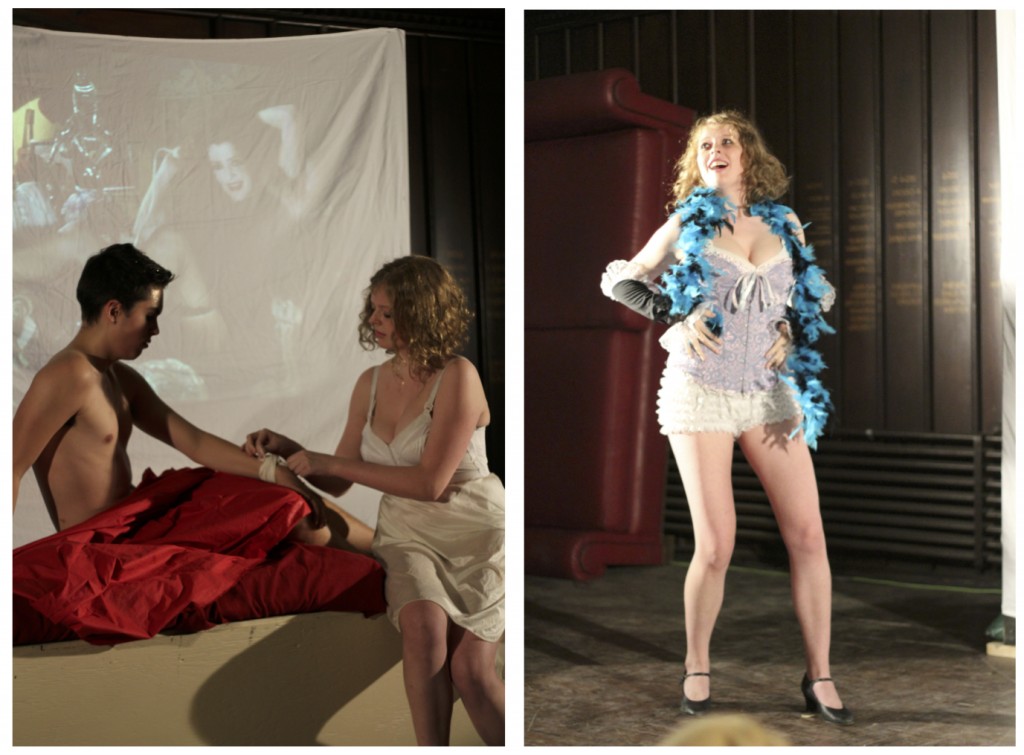 At the beginning of the show you could buy a “kit”, the purchase of which went to support the chosen organization SKETCH.  The kit included all of the things you would need to interact with the show such as rope, a sponge, and newspaper.  The narrator behind the screen would announce to the crowd when to get their object ready, and on cue from a line in the show, we would throw the object into the air or out onto the stage.  The first opportunity to use this arose when Janet and Brad were stuck out in the rain, and the chorus came around spraying the audience with water unless you put the newspaper over your head.

The cast was absolutely amazing, and the production was hilarious.  They had the crowd (myself included) laughing, gasping, and even singing and dancing along at some points. The characters would walk through the aisles, dancing with audience members and eliciting involvement, all while staying perfectly in character.

The whole night was a perfect break from midterm stress, and definitely an amazing first Rocky Horror experience.  The UC follies do a variety of performances throughout the year, including musicals such as this, as well as dramas and improv nights.  Any member of University College can join and exercise their acting muscles, or just come along and view one of their shows.  Check out more pictures from the night, and find out more about the UC Follies, at ucfolliestheatre.ca