The other day I was rushing through the UC Quad, something I do on the regular, when I did something out of the regular, I stopped to read the sign that I usually side-step to avoid. This sign lives outside of The UTAC. The Justina M. Barnicke Gallery / University of Toronto Art Centre is one of those places that I’ve been promising myself I’d visit, but could never quite find the time to do so. The sign drew me in with its poster-board charm, and I decided to abandon my readings for an hour and finally make good on my promise. 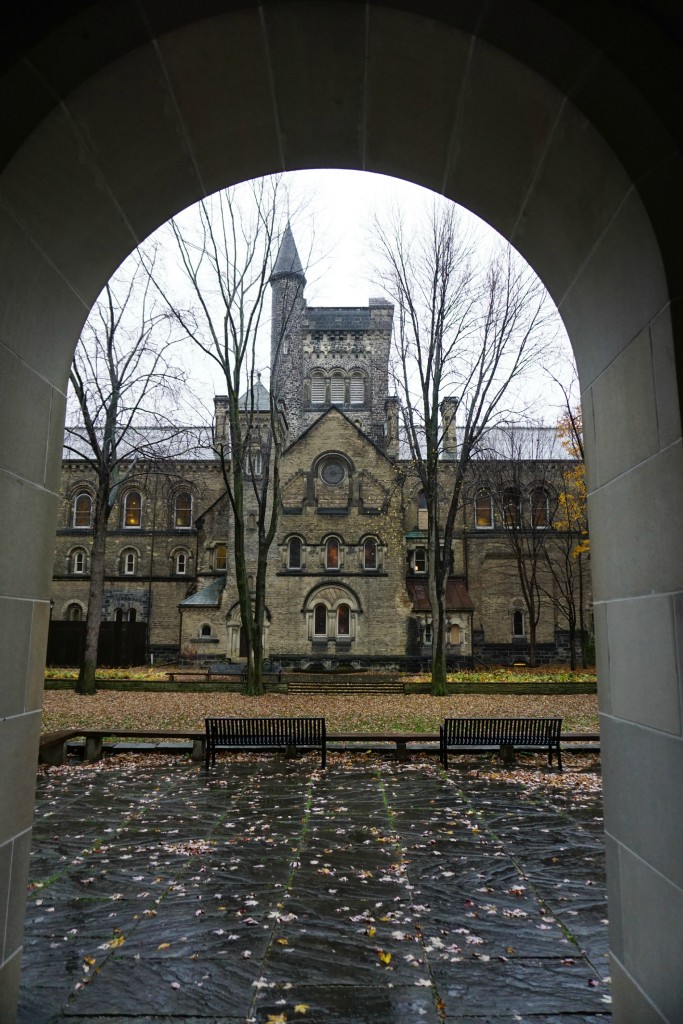