I was sitting on the couch, reading a popular “Bengali”[1] fiction, and all of a sudden heard my daughter mumbling “brutal”. I looked at her once, and again went back to my reading when I heard her infuriatingly saying “that’s totally unacceptable”. I took a pause from my reading, sat back properly, looked at the television and saw that horrid image of a policeman sitting on the road with his knee placed firmly on a person’s neck with a stone face. I was a little startled whether my 12-years old daughter should be watching this, but then she left on her own without saying much. I inquisitively continued to watch the news and came to know about the horrific act of killing George Floyd, a 46-year-old black American, during an arrest for allegedly using a counterfeit bill. To be frank, I came to know about the allegation at least two weeks after the killing, as I was not curious about the reason why a person could be killed so brutally. I had no idea why a person should be treated so inhumanely as if he was not a living object. I was shocked.

END_OF_DOCUMENT_TOKEN_TO_BE_REPLACED 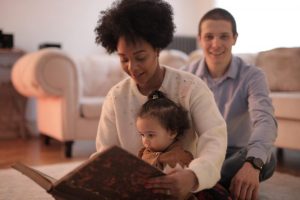 Race is a complex but necessary topic we should be considering to discuss in our homes, and especially with our children. We know that many families are beginning to have these difficult conversations with their kids. The Family Care Office has compiled a list of resources to help support discussions about race and equality with young people.

END_OF_DOCUMENT_TOKEN_TO_BE_REPLACED

Originally published on the University of Toronto’s Ontario Institute for Studies in Education blog.

The deaths of George Floyd, Breonna Taylor, Ahmaud Arbery, and Regis Korchinski-Paquet have brought much-needed attention to the racist policies and systems that harm Black people in the United States, Canada, and throughout the world. Many parents and educators are wondering how best to speak to children about race and racism, and how to educate for antiracism and for Black Lives. The University of Toronto Libraries and the OISE Library are here to help parents and teachers find the resources they need and to feel empowered as educators.

Originally published on the University of Toronto’s Ontario Institute for Studies in Education blog.Nailisa

END_OF_DOCUMENT_TOKEN_TO_BE_REPLACED

Journey of an International Student (Part Four): “There are no shortcuts to any place worth going”

By Heather Watts, Shamim Ahmed, and Kaitlyn Corlett Midnight has struck, the ball has dropped, and we are well into a new year, and a new decade. While 2020 certainly challenged us (to put it lightly), we have learned a lot about…

Reflecting with our Community

By Heather Watts, Shamim Ahmed, and Kaitlyn Corlett Somehow, it’s already December… but it’s a December that’s very different for many of us. Family dinners, trips home, visits to our favorite local spots, or holiday festivities – we’re all having to reimagine…
END_OF_DOCUMENT_TOKEN_TO_BE_REPLACED

Authored by Victoria Fritz, PhD Candidate (Family Relations and Human Development) & Learning Specialist, University of Guelph The university landscape in Ontario is changing, and our student body is becoming more diverse. As we see more students coming from non-traditional…

How educators can authentically honor and engage with Indigenous heritage and perspectives — all year long. By Heather Watts At Redefining Traditional we aim to share resources, stories, and experiences from a scope of virtual communities and educational spaces for student…

Click here to receive blog updates and other communications from us.