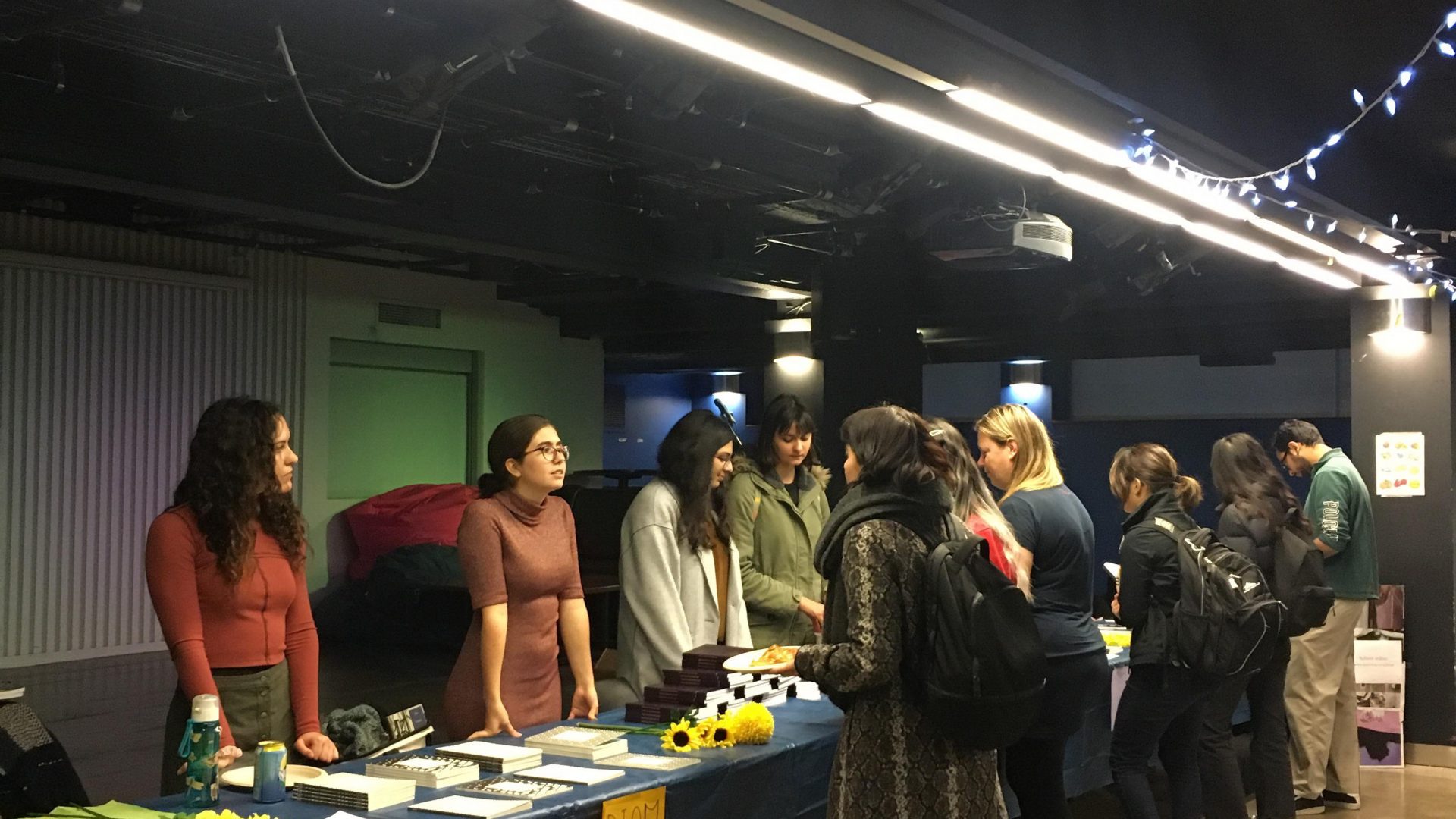 The Arts and Culture Commissioner’s portfolio for VUSAC (Victoria University Students’ Administrative Council) is really interesting and engaging. Some aspects of the position include Co-Producing The Bob, an annual sketch comedy show held at Victoria College, co-planning the Gardiner Gala, as well as hosting arts events to invite artistic collaboration in and around Victoria.

This year, I wanted to try and expand the portfolio further by following a vision that I previously attempted to enact. In second year, I’d wanted to bring artists together and hold workshops on topics such as story-writing, poetry, creative thinking, thus, I co-founding the Vic Creative Writing Collective. The main problem with the club was that since we were first starting out, there simply wasn’t a large enough audience we were reaching out to, and I was not proficient at social media at the time (of course, I still have a lot more to learn!). One of the reasons I decided to run for VUSAC last year was because I thought being a commissioner would be a great way to expand my skills, challenge my boundaries, as well as to continue the vision I had in second year, that of creating interdisciplinary workshops within the community.

Last week, I hosted an event that invited journals, magazines, and student newspapers from all across U of T. It was super fun organizing the event (also quite a bit stressful!) and the turn-out was decent considering it was a Thursday night in the middle of midterm season. I really loved the vibe of the venue (the Cat’s Eye at Victoria College), and it provided enough space for ten student publications to attend. I was really honored and happy to see so many student editors/ writers come out and talk to others about their journals (I talked to so many of my old friends too!). I also received some feedback on how there should be more events where publications from across U of T could meet and learn about what each are planning, as well as to foster collaboration between the journals.

Of course, the experience, although invaluable, also highlighted to me some similar fears and disappointments I went through with my previous club. I critically assess myself as someone who can organize events, including inviting editors/ speakers, booking a venue, confirming the location. However, I think I need to improve in marketing and advertising, which is the other half of the equation. Of course, it’s important to have an actual event that people can go to, but I also should spend as much time on aspects such as postering, posting in Facebook groups, as well as increasing the social media presence of the commission.

I’m definitely still learning (and I need to recover a bit), but I hope this event will become annual, and we’ll increase the scope of the journals we invite (perhaps 20 next time!) as well as promote widely on all three campuses. Writing/ editing for student publications has been a big part of my life these past four years, and this passion is here to stay!

0 comments on “Literary Meet and Greet Event: An Overview”