Finding a Passion… For Fashion

Last week I attended the annual UFashion Spring Fashion show, held in co-ordination with the UClit and U of T Students for Wishes.

The event is put on every year by the student-run organization UFashion.  It showcases different Toronto-based designers and stores, aiming to appeal to a variety of different styles and student budgets.

This year’s event was held at Fiction nightclub, and proceeds benefitted the Make a Wish Foundation. Tickets to the fashion show were $10 a piece, and included entrance to Fiction after the show was over.

Before attending the show I had never actually heard of UFashion before, so I didn’t know entirely what to expect. Creating fashionable looks that are not only locally accessible, but student-budget friendly, is difficult to say the least. Although I was excited for the experience of the show as a whole, I wasn’t holding out high hopes of seeing anything that I would “just have to have.”

I couldn’t have been more wrong. The looks were edgy, fashionable, and well put together. There wasn’t a linear catwalk, but instead models walked a path that wound throughout the entire club. The audience was sat on the large velvet couches, and the layout gave everyone a front row view.

The stores showcased included Toronto locals such as Over The Rainbow, Feroce, Parloque, Sauvage, and Original Penguin.  It also however, featured an online store created by two University of Toronto students. Haakem Bajwa and Parham Chinikar created their clothing line Cabaret Vesture in the attempts to create pieces that they would wear on a daily basis.  Instead of striving to achieve a certain aesthetic or style, they let their creativity guide them into making whatever pieces are inspiring them at the time. 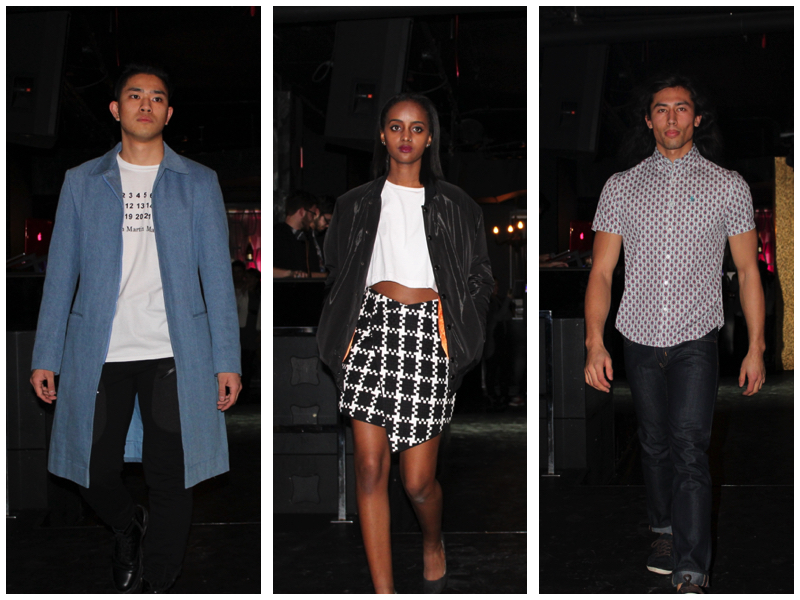 I left the fashion show having had a wonderful night, but also fuelled by a new interest in this aspect of UofT life I didn’t know existed before.  Almost at the end of my second year here, I still feel like I haven’t found something that I’m truly passionate about.  With hundreds of clubs I never expected it would be this difficult.

However attending the UFashion event opened my eyes up to the world of UofT fashion, beauty, and style. It introduced me to an entire network of other students who share my passion for style, but who share many of the same student-related constraints.

If UFashion sounds like something you want to get involved with too, check out their blog www.ufashiontoronto.blogspot.ca, or like them on Facebook here.  I’d love to get any suggestions of other beauty/fashion related clubs in the comments below, or hear your story of how you found your passion at U of T! Until next time, keep up to date with me on the other events I’m attending by following me on twitter at @Rachael_UofT.

0 comments on “Finding a Passion… For Fashion”