Since election season is underway, I’ve decided to dedicate a few posts to explaining the who’s who of different structures, unions, groups and councils on campus. Last week I talked about the different student government structures each college has, and this week I’ll focus on general councils and unions.

The Governing Council – The Governing Council was first created in 1971, a senior governing body and oversees all issues of academic and business, as well as the Board of Governors and meet approximately six times a year. Anyone can attend the meetings. The kind of decisions made that relate back to student life can be everything on matters of tuition to academic programs and expansion. There are a number of boards and committees  (such as the University Affairs Board which oversees “the quality of student and campus life”. It includes the President and Chancellor of the University, as well as 18 appointed members and 30 elected members. Of these 30 elected members, eight members are students (4 are full time undergraduates, 2 graduates and 2 part time undergraduates). At the beginning of each year, students are elected via ROSI. And with the significant issues the Governing Council considers every year, it’s crucial that students participate by voting for who they would like to represent them.

UTSU –The University of Toronto Students Union is a union in which every full-time undergraduate and professional faculty student belongs to at the University of Toronto. It is apart of the CFS (Canadian Federation Students), an umbrella organization that oversees all student unions across Canada. Every student is automatically a member, with annual student fees paid to the UTSU. It is made up of an Executive Committee (which includes their President, Vice President Internal etc.) and a Board of Directors, who are all student representatives elected by their respective colleges and faculties. They offer a variety of services (such as UTSU’s Got You!), various political campaigns (such as Solidarity With Quebec Students) and oversee clubs (more about club recognition how-to here). 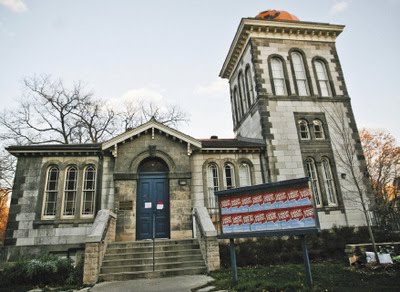 Arts and Science Student Union (ASSU) – ASSU represents all undergraduate Arts and Science students (that’s a lot of students – about 20,000!) and includes all course unions, as well as seven elected executive members, including a president. The are located at Sidney Smith Hall. It also includes at least 55 course unions (which you are automatically a member of depending on your major). ASSU oversees a number of bursaries, awards, a massive past-test bank (which I’d suggest checking out) and a number of other events. They also work with U of T administration and other campus wide initiatives on items that directly concern and affect students.

Graduate Students Union (GSU) – The Graduate Students Union (one of the founding members of the Canadian Federation of Students) represents all graduate students on campus, all of whom are automatically members. It has a general council with representatives from each course union and an executive and several subcommittees, you can find more about their structure here.

Association of Part-time Undergraduate Students (APUS) – APUS is the official association for all undergraduate students registered as part time (2.5 credits and under) across all three campuses, offer a number of services, programs and resources. Class representatives are elected and its main governing body the Board of Directors. APUS is also a member of the CFS.

Be sure to check back next week to learn more about other student societies, with everything from EngSoc to Music.

0 comments on “Councils and Unions”