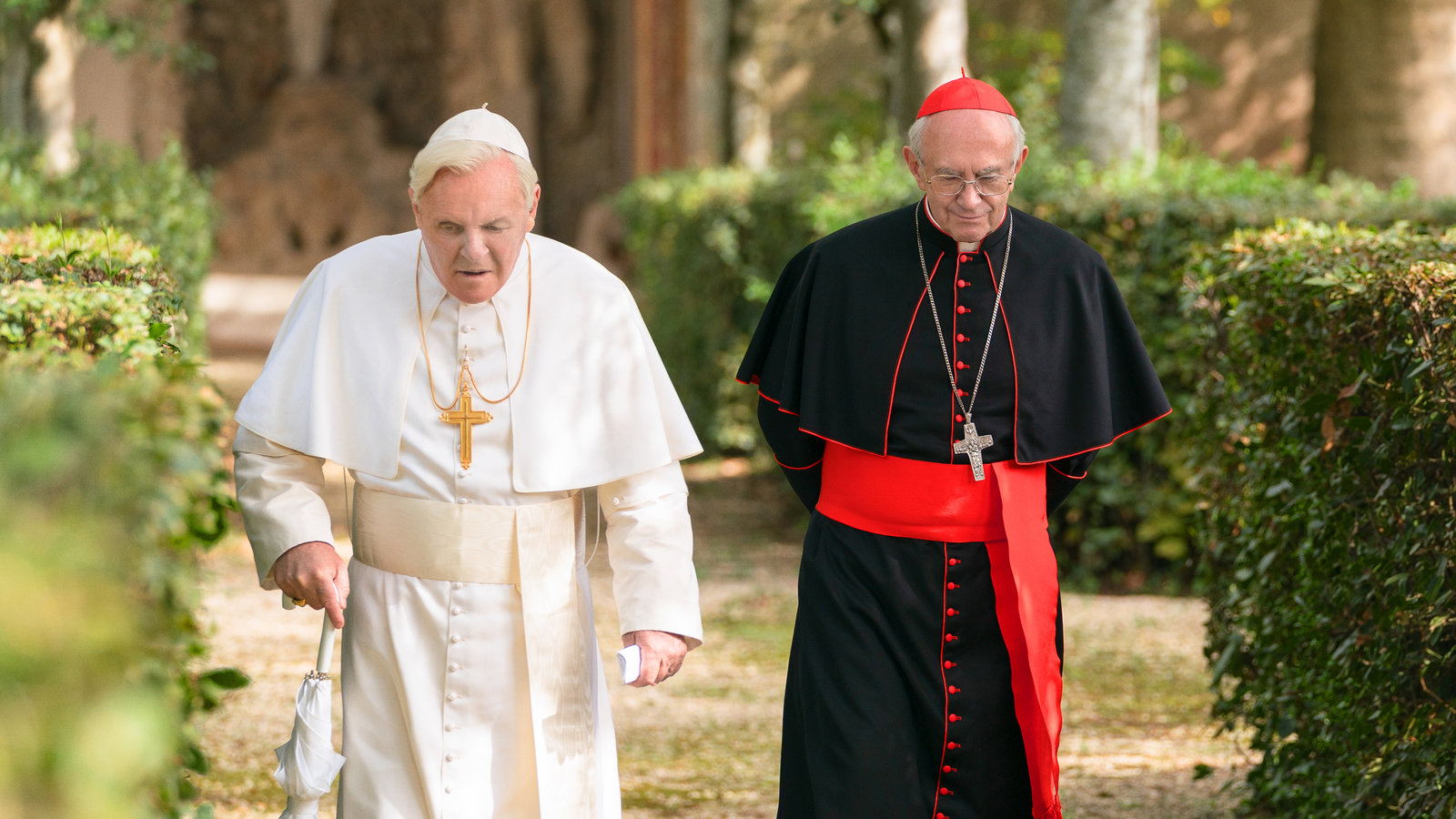 Over the break I had the opportunity to relax and catch up on a few movies I had been meaning to watch. This includes “The Two Popes,” which is available on Netflix to all those who are interested!

The movie portrays the blooming camaraderie between Pope Benedict XVI and Jorge Bergoglio (the future Pope Francis). The two are initially adversaries with opposing opinions, strongly disagreeing on the future of the Catholic Church. However, as the movie progresses, the two Popes begin bonding. Their disagreements do not disappear, considering Pope Benedict’s traditional views preserve an out-dated, exclusive, and anti-progressive reign. Pope Francis, on the other hand, believes that the Church has become closed-off and unrepresentative of people in the modern day. He is afraid that the Vatican is pushing people away by rejecting those who do not subscribe to conservative Catholic beliefs.

While I personally disagree with Pope Benedict’s religious and social standpoints, I believe that “The Two Popes” fairly portrays the dilemma of two people having strong, but opposing, opinions for something they want to see succeed and flourish. Even though he disagrees, Pope Benedict eventually realizes that Pope Francis’ inclusivity is significant for the Church to continue moving forward, saying, “For some strange reason I can now see a reason for Bergoglio. You’re the right person. The Church needs to change and you could be that change”.

In an increasingly polarized society, I believe it is important to find common ground with those who you may disagree with. This does not mean you should stop fighting for a better world. However, how one envisions a better world is different in each person. For this reason, seeing the conflicting side as a human being rather than an enemy is crucial to preserving a more peaceful and open-minded society. I found the most enjoyable feature of the film to be the dialogue between the two Popes, and how they openly debated one another.

The movie, however, is not a documentary. Many aspects of “The Two Popes” are inaccurate (considering the movie is merely inspired by true events). Even the characterization of both Popes has been considered misguided generalizations of their perceived public persona. The timeline is also skewed, and many scenes either never happened or were rearranged and condensed.

Nonetheless, the film shows that even people presumed to have the highest moral caliber, have committed great sins. The movie is fragmented with flashbacks to the political unrest during Argentina’s “Dirty War”. These scenes depict a young Pope Francis submitting to a tyrannical dictatorship, as he hopes to subvert cruelty and injustice from within the system. Yet, he betrays his fellow priests and his own beliefs in the meantime through his inaction.

Both Popes confess their guilt to one another, and how their regrets weigh on their souls. While Pope Francis reveals his remorse for his behaviour during the military junta in Argentina, it is inferred that Pope Benedict reveals complicity in covering accusations of pedophilia in the Catholic church. This culpability plays a role in his decision to resign from his position in hopes that Bergoglio will succeed in becoming the new Pope.

“The Two Popes” is ultimately a feel-good account of the relationship between Pope Benedict XVI and Pope Francis. Overall, I would recommend the movie, considering it was enjoyable. However, how you perceive the Popes, the plot, and its socio-political implications is in your hands!