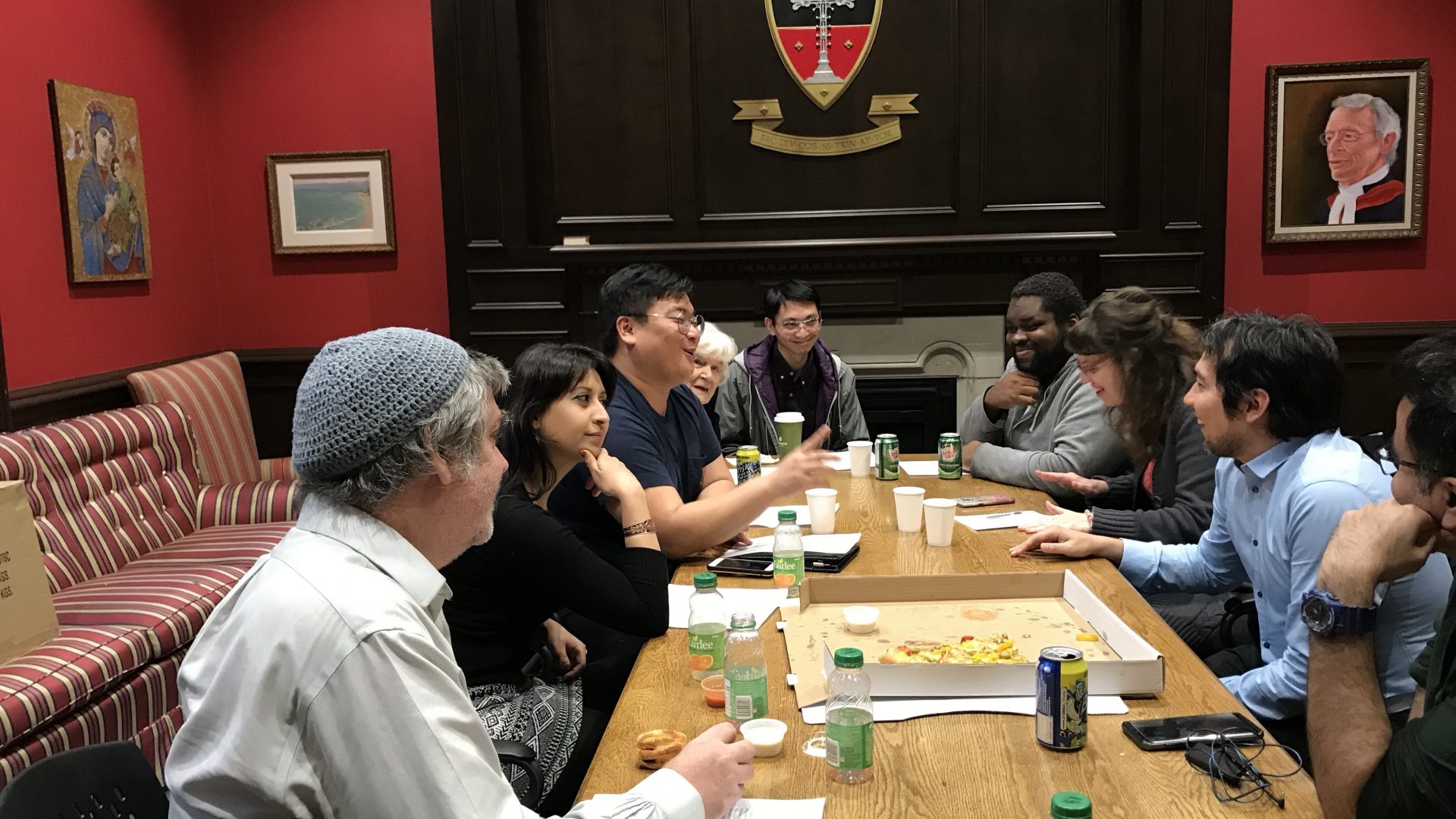 Textual Studies with a Twist

In Trinity’s Divinity Common Room, a small and incredibly friendly group of people meet weekly to discuss different readings from Islamic, Christian, and Jewish scripture. I was immediately intrigued by the idea of learning more about religious texts, especially considering how significant these scriptures are across cultures and throughout history.

I was pleasantly surprised by how much I learned within the hour. The questions being asked not only pertained to the text itself, but were inherently philosophical, discussing how the text related to history, politics, society, and human nature.

This week, the text we studied was “Orderly Worship” from Corinthians 14:26. We discussed how the passage shed light on the values of being humble rather than showing off, and the virtue of listening to others rather than speaking over them, stating, “For you can all prophesy one by one, so that all may learn and be encouraged”. The group dissected what it means to speak in “tongues” and how Paul thought the world would end in 30 years when he wrote the epistle.

We also discussed what it means to interpret “correctly.” The fact that some people interpret passages to be direct letters from heaven breeds a source of conflict in some situations. This is because Paul the Apostle was not just a saint, but a human being who was also a product of his time, which explains the sexist line in the passage, “it is shameful for a woman to speak in church”. We also discussed the greater implications of patriarchy, its existence in society today, and how many passages in the Bible are not supposed to be taken literally in today’s context. We discussed the similarities between the context from which this passage was written and the modern day, and how little has changed. Patriarchy still exists in many forms, but luckily figures like Pope Francis have begun to recognize diversity of theological opinion.

To add to the discussion, it was suggested by a member that missing quotations in the text might change the scripture’s meaning. If placed correctly, Paul could be responding to a sexist comment from parishioners, stating that it is disdainful to assume that the word of God reaches only them and not women as well. This reading also makes sense considering no punctuation or spaces were used in original translations.

Don’t be daunted if you don’t have much experience with reading scripture because the group welcomes newcomers and it’s easy to apply preexisting knowledge to the discussion. You will also walk away from the meeting with an enlightened and new understanding of a religious text. The group rotates from the Bible, the Quran, or the Torah, so you’re bound to learn something new. They also offer complimentary coffee and pizza, which is hard to pass up. So come and join! The Textual Studies group meets from 4:30pm to 5:45pm every Thursday.

0 comments on “Textual Studies with a Twist”