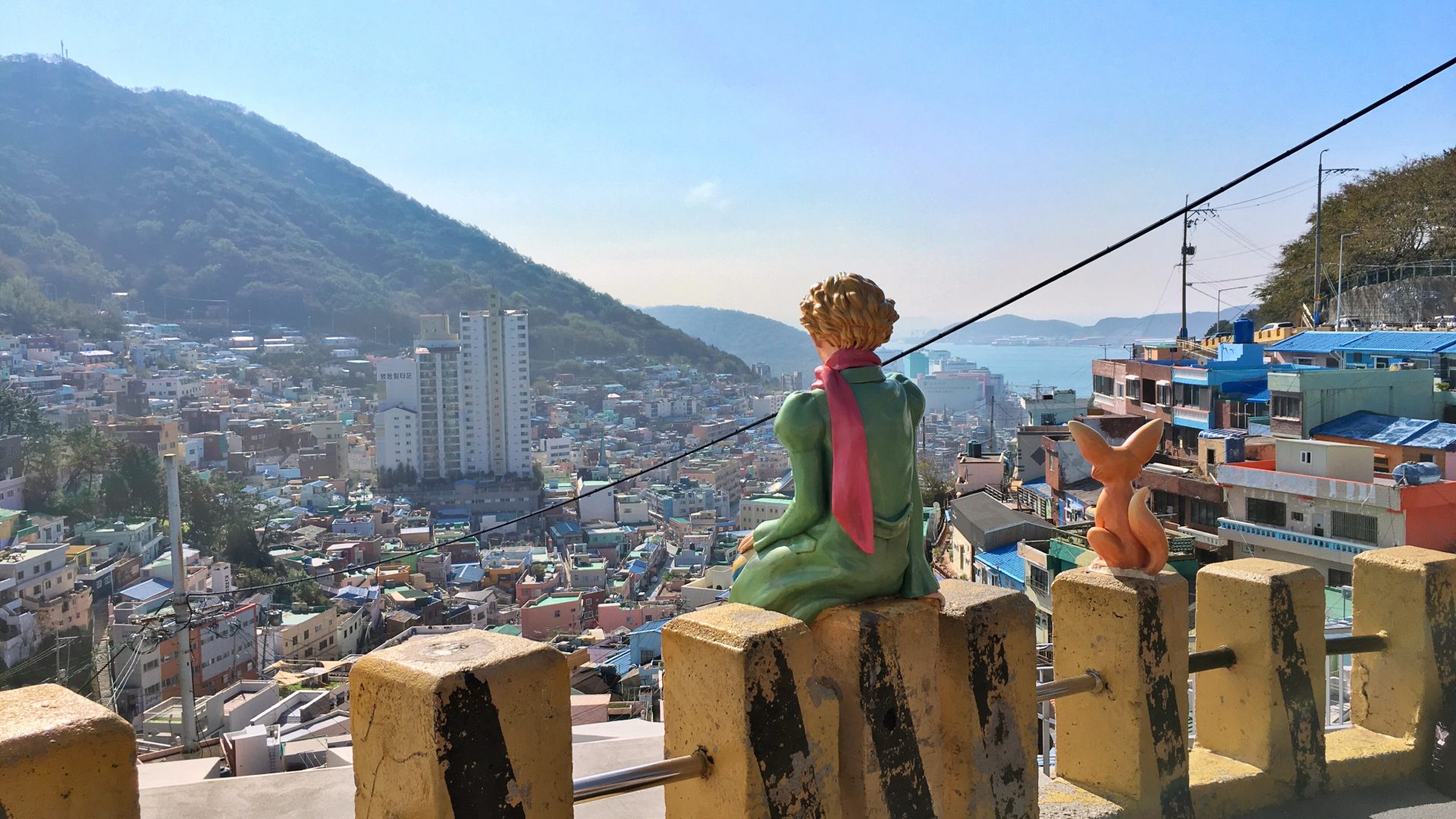 With midterms behind me and a three-day weekend ahead, it was undoubtedly the best time to travel. Most of my friends were heading to Japan, but having just been there this past summer, I looked within the country for a quick getaway.

If there’s one cultural difference I’ve noticed since I came to Seoul, it would be the solo culture –  or rather, the lack of it. Whether it’s going out to eat, shop, or sing karaoke, people tend to move in groups. I don’t dislike travelling alone. And with no prior family or friends in South Korea, my entire exchange was basically a solo trip (my friend insisted I include the pun ‘seoul-o’ somewhere in this post…) But in the end, my Korean buddy, shocked that I was planning to travel alone, decided to join me for the middle day of my 3-day trip.

I took the KTX train, an efficient option that gets you from Seoul to Busan in under 3 hours.

First stop, Gyeongju! As the capital of Korea’s ancient Silla Kingdom, Gyeongju is a UNESCO-designated city with many historical treasures, most of which are conveniently located within walking distance of each other.

I came upon a famous photo spot at Daereungwon Tomb Complex, where people line up to snap a photo in front of a lone tree nestled in between two tombs. 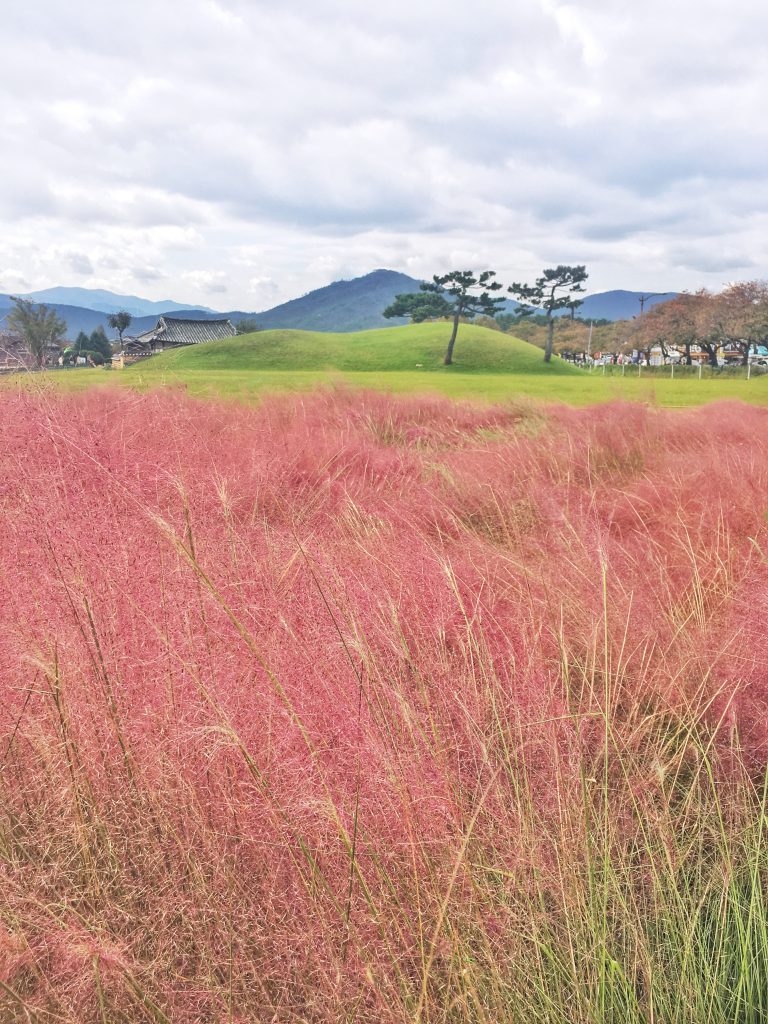 Nearby, the Cheomseongdae Observatory featured a gorgeous pink field of muhly flowers.

I hopped back on the KTX and arrived in Busan in the evening. There was a street food market just a couple steps away from my Airbnb. I had 호떡 [hotteok], a Korean pancake stuffed with brown sugar and cheese. It was so good, I forgot to take a photo. Sorry.

But there’s no shortage of famous photo spots in Busan, and no shortage of people waiting in line either! We skipped the line and opted to lounge on the rooftop of a nearby café instead.

It’s not a trip to Busan without visiting Haeundae Beach. It’s a little cold for beach weather, but we got our feet wet anyways. We ate snacks on the beach, grumbled about our impending return to Seoul (and school), and watched the sun disappear behind the skyscrapers. 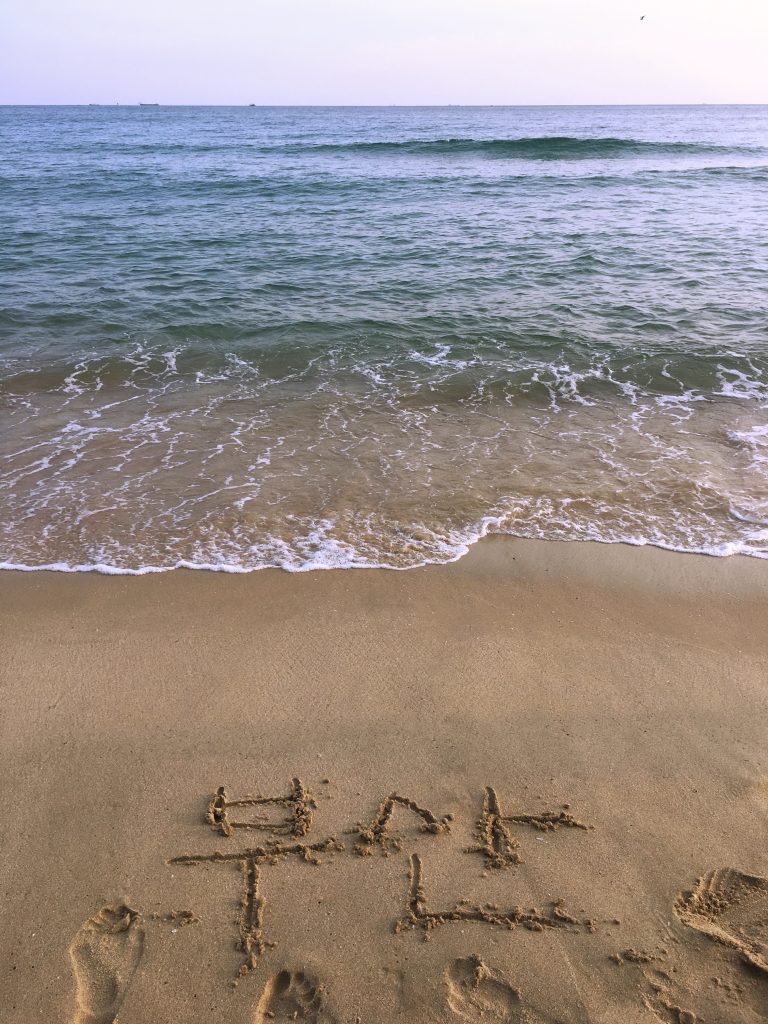 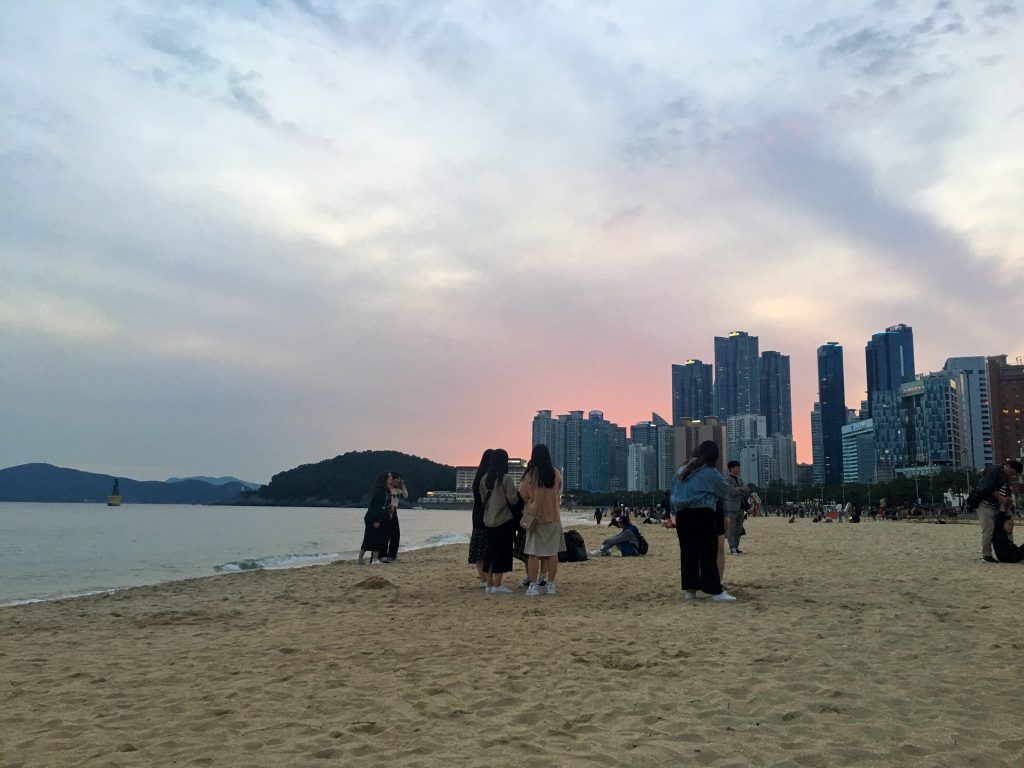 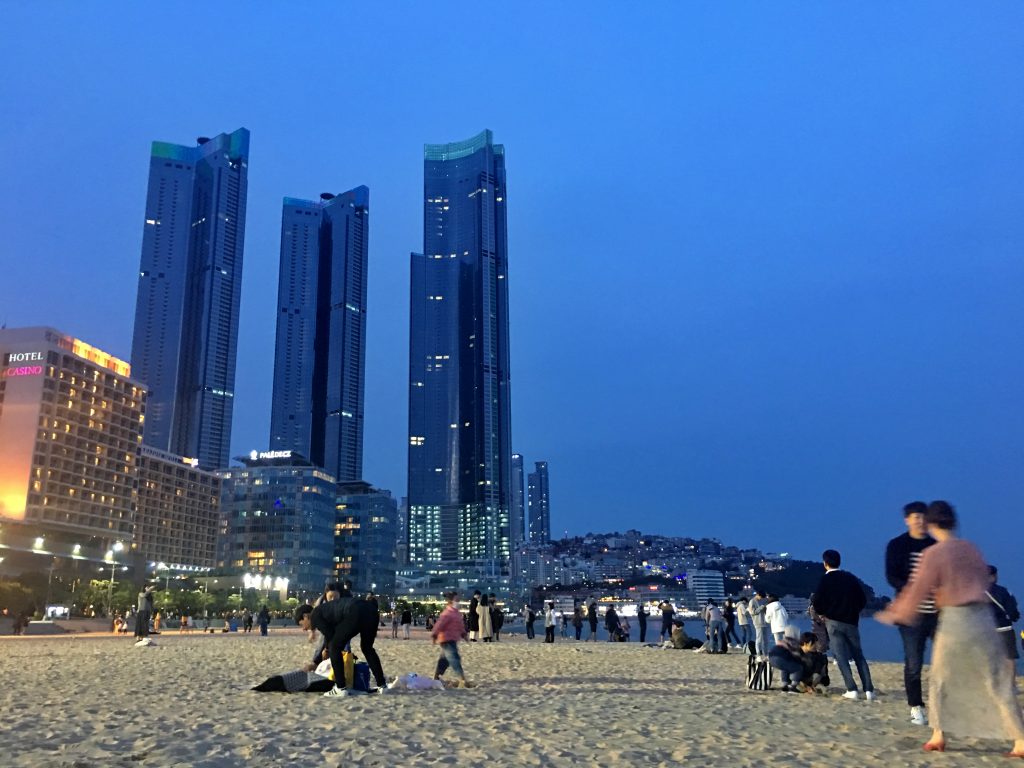 There are some definite perks to travelling by yourself, like having complete control over your schedule. You can see what you want to see, whenever you want, and don’t have to compromise with anyone else. But as I mentioned before, even though this exchange started out as a 4-month solo trip, I’m clearly not alone.

So I reason that unless you don’t plan on seeing another s(e)oul on your entire trip, you’re not really travelling s(e)o(u)lo anyways.