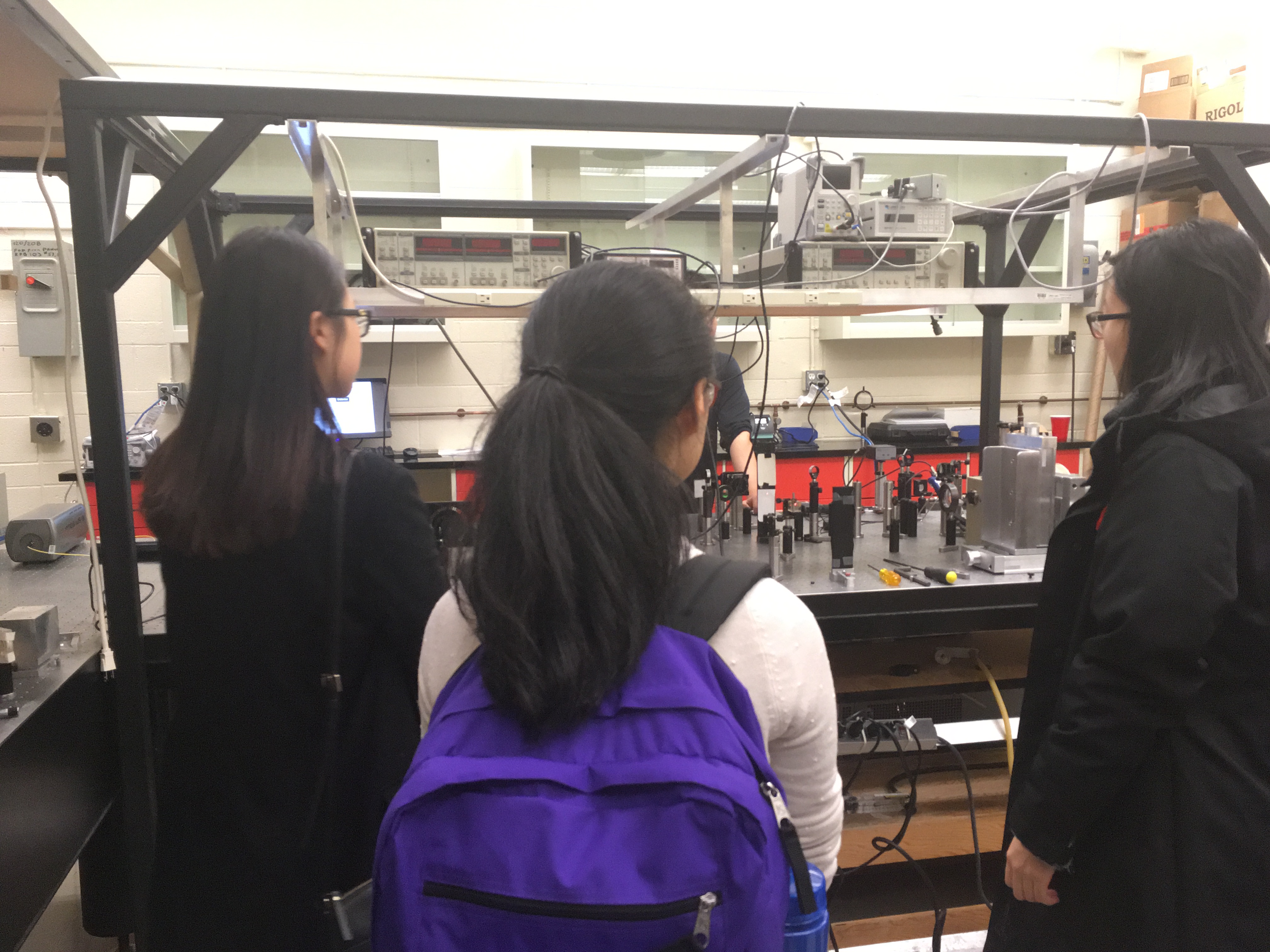 Being a Woman in STEM

This Monday, I attended the Women in Science and Engineering (WISE) Lab tours event. Having the opportunity to talk to leading researchers in STEM fields like physics, biochemistry and cell biology, I began to think about my own journey as a woman in STEM. Attending an event catered towards women in Science, Technology, Engineering and Math, and seeing the attendees come together to learn about the ever-exciting research on campus made me hopeful for the future.

Despite the never-ending tests, labs and assignments, I love what I study. From cells to proteins to learning about the nervous system, I never fail to leave class amazed by what I’ve learnt that day. I feel fortunate that I’m able to study science, because women are still discouraged from going into STEM in today’s world. I owe a lot of my interest to my female STEM role models, Roberta Bondar (Canadian neurologist and astronaut), Maud Menten (Canadian biochemist) and Marie Curie (two-time winner of the Noble Prize). All of these women are #goals.

While growing up, I was lucky that I had female figures that encouraged me to go into STEM. However, it hasn’t always been easy! Looking back, what sticks out to me most was my experience with one of my male, high school teachers. During class time, this teacher paid much more attention to the boys in the class, and wouldn’t even let the girls answer questions until their male counterparts had failed. He even spent class time discussing my male classmates’ post-secondary plans. He never cared about what the females were planning to do after high school, and if we dared to have a question about the material, his response was brusque. However, did that stop us from entering university in fields like engineering, biology and chemistry? Nope! It just made us work harder, forced us to be more driven and opened our eyes to an unfortunate reality that women in STEM fields are likely to face gender-based difficulties at some point in their life.

Despite the hardships I’ve faced, being a woman in STEM has given me passion and perseverance. When I get put down, it only makes me work harder. Knowing that female scientists before me might not have been taken seriously, or had their findings doubted, because of their gender makes me strive for success. I have become tolerant of male classmates who feel they need to explain every science concept to me, despite never having asked for their help, and of peers and individuals who can’t seem to wrap their head around the fact that women can succeed in STEM.

If you’re reading this, you’re probably asking yourself, what can I do? No matter who you are, the best thing you can provide is support. Whether it’s to your female peers in STEM, or to your younger sister that wants to become a scientist, support their ideas and dreams, and let them build their own knowledge and make their own decisions! The support I have had from family and friends has gone a long way, and has helped me succeed in my journey.

0 comments on “Being a Woman in STEM”