After spending a few weeks hanging out with friends and host families in Hiroshima and Osaka, I’m ending my spring break with a brief solo trip to Japan’s southernmost prefecture of Okinawa. Once a semi-independent kingdom, Okinawa subtly separates itself from Japan’s other prefectures; its older generations speak Okinawan, and its classical architecture, i.e. that of castles and some homes, is markedly different from that of Japan’s other prefectures. Moreover, its remote location affords a unique topography. These characteristics collectively provide a sense that Okinawa is somehow distinct from most other regions of Japan.

I started my first full day in Okinawa by waking up early to catch a ferry to the island of Tokashiki.

The island’s port was characterized by wild vegetation and rusty shacks, aged through years of salty sea-breeze. After briefly taking in the scenery, I grabbed a bike at the local rental shop, and started my adventure.

Half an hour’s cycle brought me to one of the island’s famous beaches:

Okinawa is renowned for its beaches, but most of the more famous ones, e.g. Tokashiku, are located away from the main island – where most tourists stay. Tokashiku alone made the trip worthwhile.

I spent a few hours reading and relaxing at the beach before hopping back on my bike.

After spending a few hours cycling the length of the island, I finally caught a ferry back to Naha, where my hostel is. 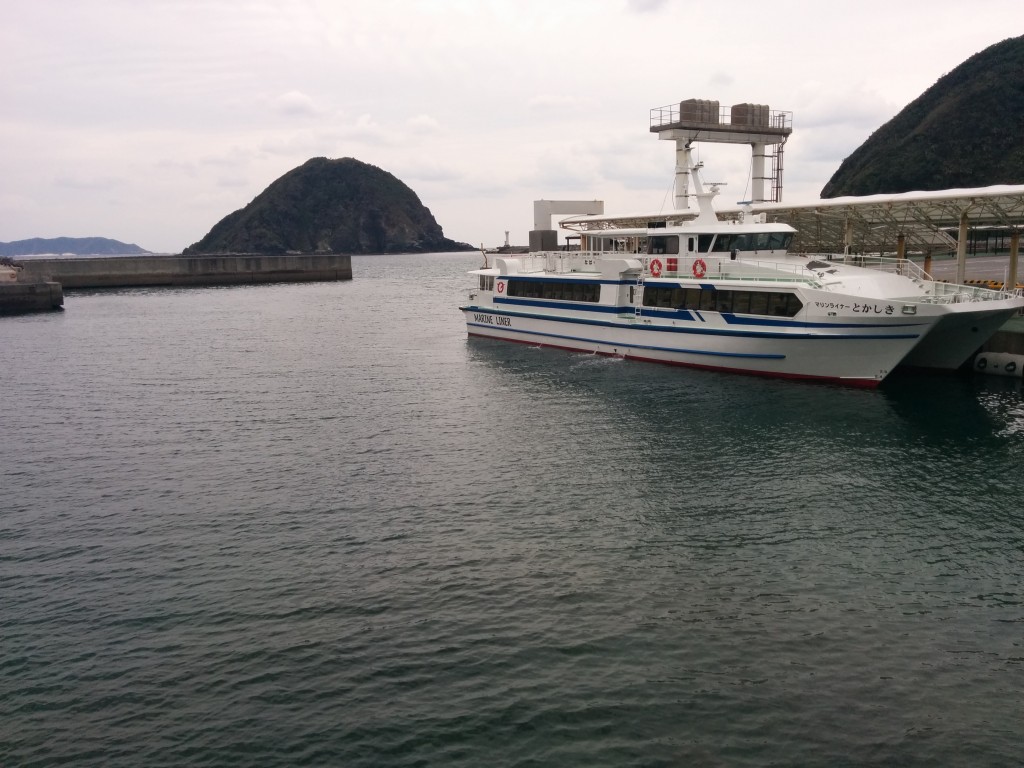 Spring break has been a blur of transit, catching up with friends, and eating delicious food. While I don’t want it to end, I’m also looking forward to the beginning of my second semester. Next week, for the first time in a while, I’ll be writing to you from Tokyo. Until then, good luck with the end of the semester!

0 comments on “Osaka to Okinawa”