The arrival of the Toronto International Film Festival (TIFF) means a couple of things; 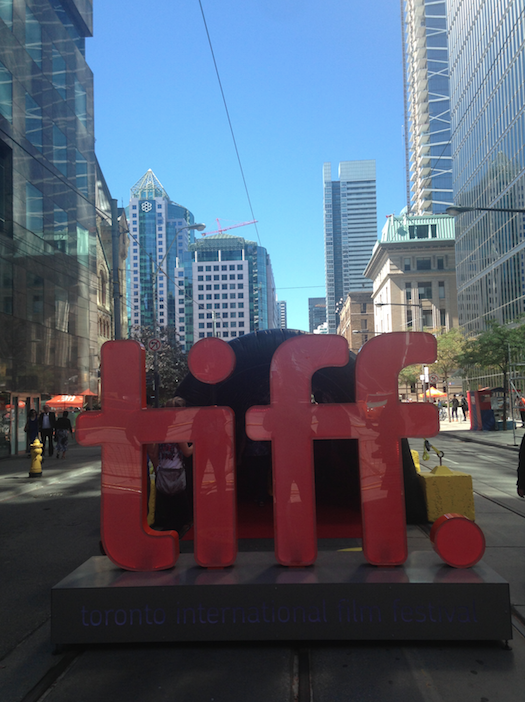 I had never experienced TIFF first hand until this year. I had always know about it but I had never actually sat down in a theatre to watch one of the movies. So this summer, when the advanced tickets came on sale I decided to buy a My Choice 10 ticket pack and see what all the hype was about.

The cost of my 10-ticket package evened out to about $20 a ticket, and with the price of going to see a regular movie creeping up to around $15 anyway, I thought it was a good deal. A few weeks after I purchased my tickets I was able to scroll through the TIFF programming and choose my movies. I decided to opt out of any big-ticket movies and premieres to go with 4 smaller films with a variety of subject matter.

The first movie I saw was Kabukicho Love Hotel, a foreign film set in Japan that was premiering internationally for the first time. Following the advice of many TIFF-dedicated blogs, I showed up an hour before my movie to line up as there’s no assigned seating. I was also immediately surprised by the diversity of the crowd. Everyone from grandparents to students like myself were in line, all dressed very casually.

Before the movie began a representative from the TIFF Selection Board came on stage and gave a background to the film we were about to see. She introduced the director, who came up and said a few words. Then the movie began, and I was completely captivated. The showing ended with a 1 hour question period in which the director answered everything from why he choose the lead actor, to where his favourite place to eat in Toronto was.

What I loved the most about my TIFF experience was that it exposed me to subject matter that I normally wouldn’t encounter in blockbuster films. Even if you’re not a film studies major, or don’t consider yourself to be extremely passionate about film, I would suggest checking out some of the TIFF programming that lasts until the end of this week.

The tickets can be bought at the TIFF Box Office on King, or online at TIFF.net. The films premiere at  variety of locations, including the extremely convenient Isabel Bader Theatre here on campus! So experience one of the best events Toronto has to offer, and when you do, make sure to share it with me here on the blog and on twitter at @Rachael_UofT.

0 comments on “TIFF: The Student Edition”