Chairish your bum: Stand up for it

The hardest part about transitioning from the summer back to school for me this semester was getting used to the prolonged sitting. My legs which were once free to pound the hot summer pavement were suddenly cramped behind someone’s seat and became laptop padding during my first 3 hour lecture.

It was unbearable: my legs felt restless, my bum felt numb and my back was uncomfortably glued to the back of my seat—I just wanted to stand and walk around!

As this week wore on, I subjected myself to more and more sitting—reading, lectures, meetings… and by the end, I went from feeling restless to lethargic.  Just how much more sitting was I doing as a student compared to the summer? I made a line graph with estimated (and possibly exaggerated) data: 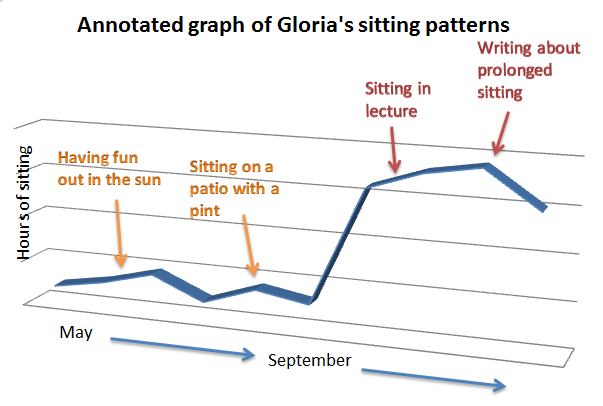 But as a student, it’s inevitable that at some point I’ll have to sit down because that’s part of the job.

Out of evolutionary sensibility to stay alive, I decided to research and experiment with ways to reduce the negative impacts of prolonged sitting (The obvious one is exercise and frequent standing breaks5, which I already do, so we won’t bother with those). I’ll divulge my results here:

1. Sitting on an Exercise Ball

The exercise ball has been marketed to office workers as a way to sneakily burn calories while sitting. Exercise ball sellers claim that sitting on one forces you to make small adjustments constantly to keep yourself balanced – thus activating your abs6. However, the medical community is still inconclusive7 about whether exercise ball chairs are beneficial or deleterious to health.

Rating: 3 bums out of 5 chairs

It was alright. It made me move around a lot more because I would stand up and stretch whenever I wanted to lean back. It was also fun to bounce on it whenever I was trying to figure a problem out. However, it’s not the most comfortable seat.

2. Walking on a treadmill while reading 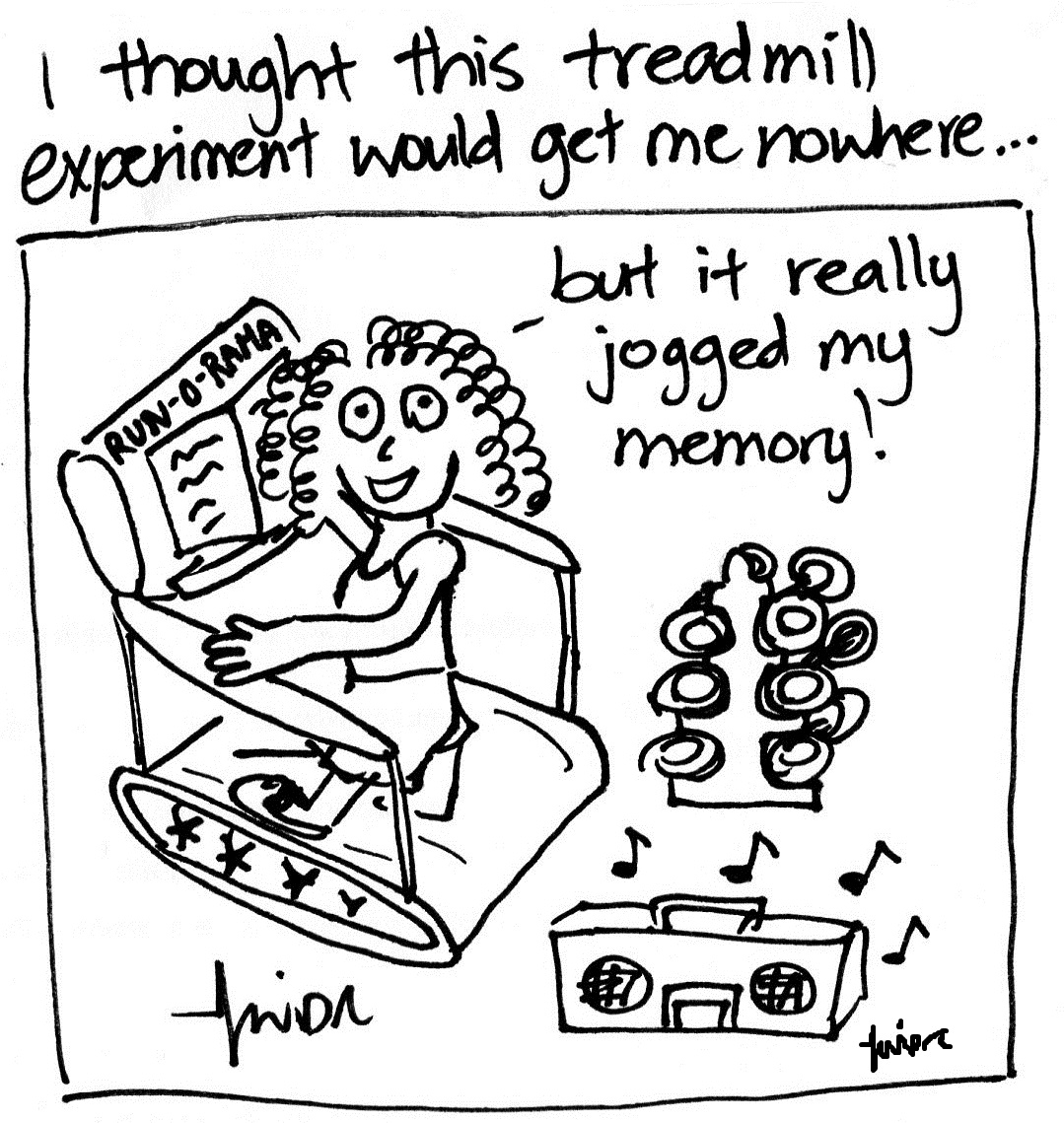 Rating: 4 bums out of 5 chairs

I can’t afford a fancy treadmill desk so I used one at Hart House and walked on it while I did some readings. It’s not a bad idea for an hour or two, and I actually felt more concentrated once I got used to my environment. The downside is trying to highlight or write anything. This method would be more useful for studying.

Rating: 2 bums out of 5 chairs 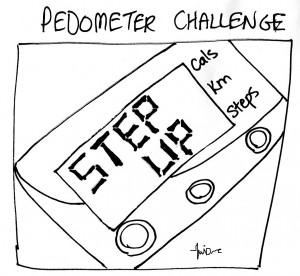 My friend and I put on pedometers at the beginning of the day and whoever put in the most steps had to buy the other a pint at the end of the day. Let me tell you how distracting this challenge was: I thought of ways to lengthen my route to class, took more walking breaks than necessary and spent more time running at the gym. I think this method is a great way to get someone to start thinking of ways to be more active… but not necessarily be more productive as a student.

2 comments on “Chairish your bum: Stand up for it”