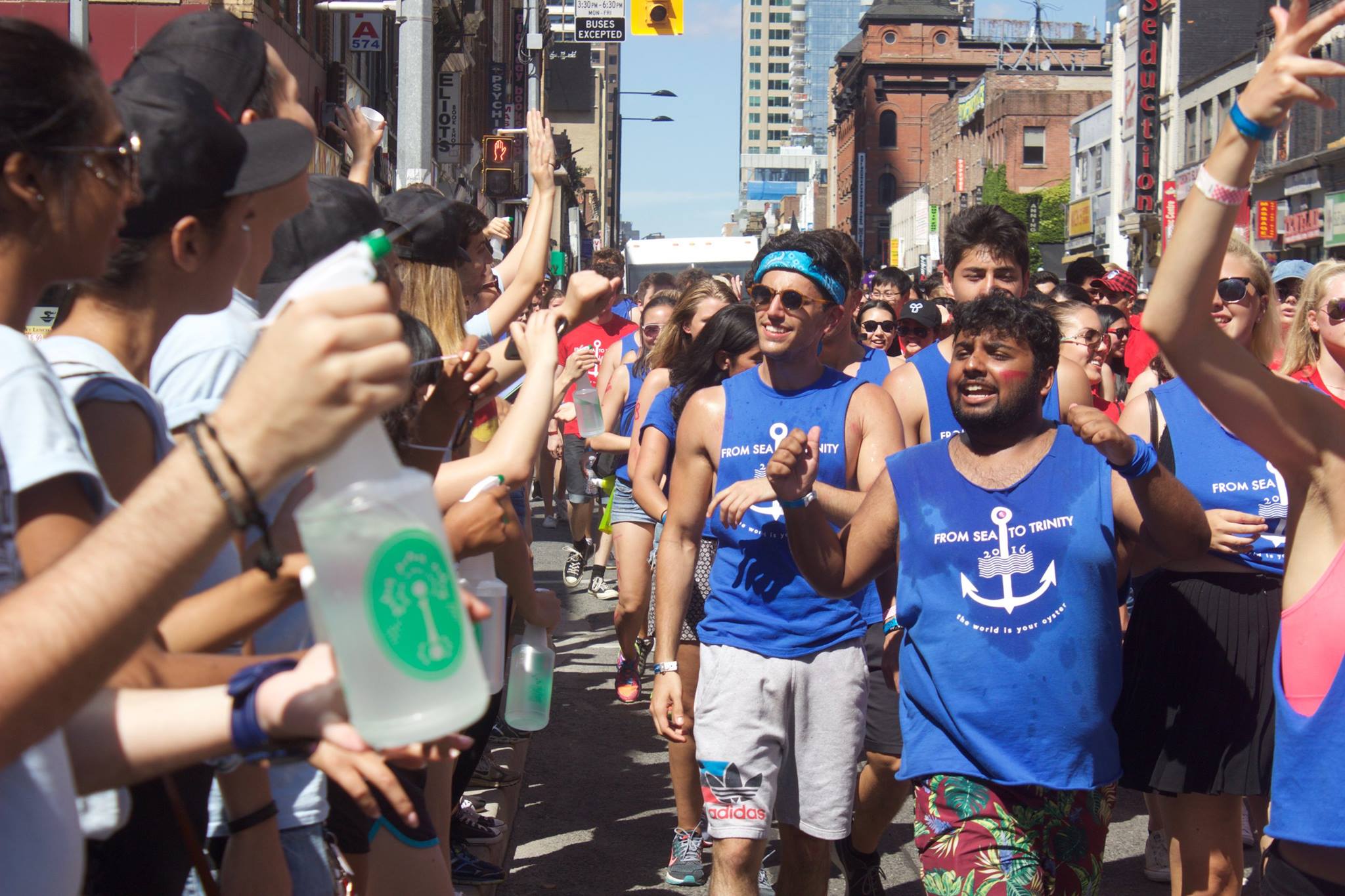 I’m an Orientation Leader, Ask Me How!

“Life doesn’t always turn out to be your fantasy… that’s why you need friendships that are real to get you through it all.” – Carrie Bradshaw

Although it’s a completely different context, I find these wise words from Carrie Bradshaw, one of the greatest philosophers of our time, to be especially resonant when it comes to starting U of T as an incoming first-year student.

University doesn’t always turn out to be your fantasy… that’s why you need orientation leaders that are real (okay, this part doesn’t work quite as well in this context) to get you through it all.

Recently, I volunteered at Trinity College Spring Orientation Day. Most colleges and faculties will have these events which help students become acquainted with their respective colleges and faculties before September. Drawing from this, my experience as an Orientation Leader last year, and other peoples’ experiences, it’s interesting to be on the other side of the equation.

Orientation as a first-year student is important. It can be awkward but it is fun, exciting, and enjoyable. That’s why there will be orientation leaders who will create a positive environment and show you the ropes of U of T life.

When you’re a leader, you get a sense of your own personal growth and attachment to U of T. You discover that those random historical facts1 which you were worried about not remembering in first-year2 are suddenly ingrained in your head.3 You also get an opportunity to share advice and information that you wish you had in your first year.

For me, it was that your college or faculty’s registrar are a phenomenal resource. Sometimes, you will feel overwhelmed with tests, deadlines, and the likes. This is a totally valid experience that has been felt universally across U of T, whether some of us want to admit it or not. The registrar’s office is a wonderful resource for helping you manage time and deal with tests and deadlines in a proactive, helpful way.

That’s something I wish I knew, and something I’m glad I shared during the tour I led at spring orientation.

Orientation week itself was a blast. One thing that is easy to forget as an orientation leader is that is is very easy to talk to new first-year students. Why? Because they’re new here and are at orientation week to make friends! Plus, you get to meet some new, interesting people.

I leave you with this image of my friend Julianne and I having a good time being productive and doing the heavy lifting at Orientation Week. If you ever get the chance to become an orientation leader, even if you found orientation awkward as a first-year student, take it. It’s a great experience and probably the most fun I’ve had at U of T.

1. Did you know that Trinity College was originally built on what is Trinity-Bellwoods Park today?

2. Did you know that Shakespeare in the Quad at Trinity College is the oldest outdoor Shakespeare festival in Canada?

3. Did you know that the Trinity College Literary Institute is one of the oldest debating societies in Canada?

0 comments on “I’m an Orientation Leader, Ask Me How!”