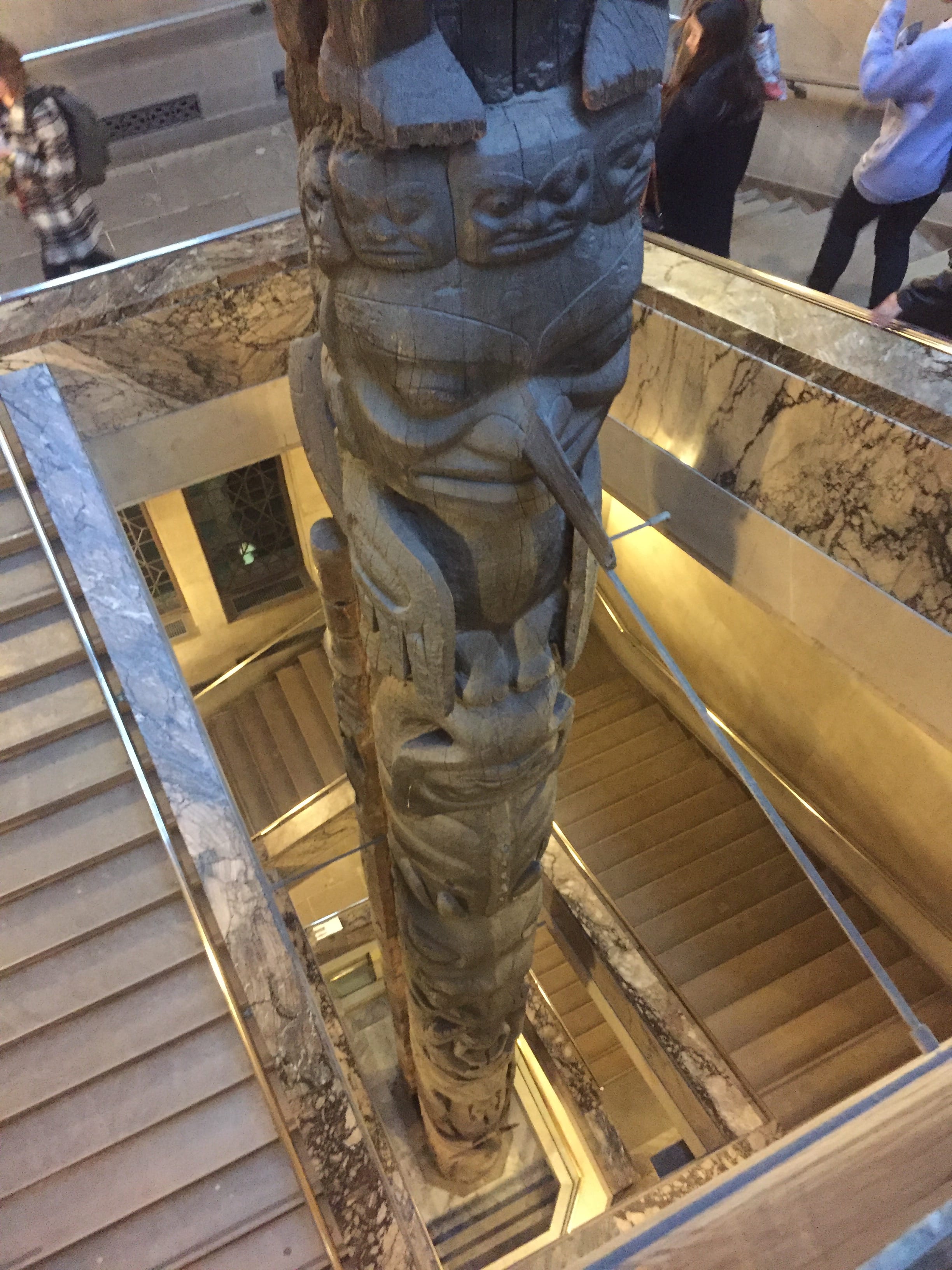 Developing Those Intercultural Skills, Pt. 2: An Outing to the ROM

As I had mentioned in a previous blog post, I’m participating in something called the Intercultural Learning Program (ILP) this year. Apart from the introductory workshop which I talked about in that post, I was definitely looking forward to the experiential outings part of this program.

Despite having lived in Toronto for quite a few years at this point, I’ve never actually been inside the Royal Ontario Museum before and was glad to hear that it would be the setting for one of our experiential outings. We went on a guided tour led by some Master of Museum Studies students to discuss themes of interpretation and curation through the lens of intercultural exchange. I’ll share some of my favorite objects and displays from the various activities we did during the outing. 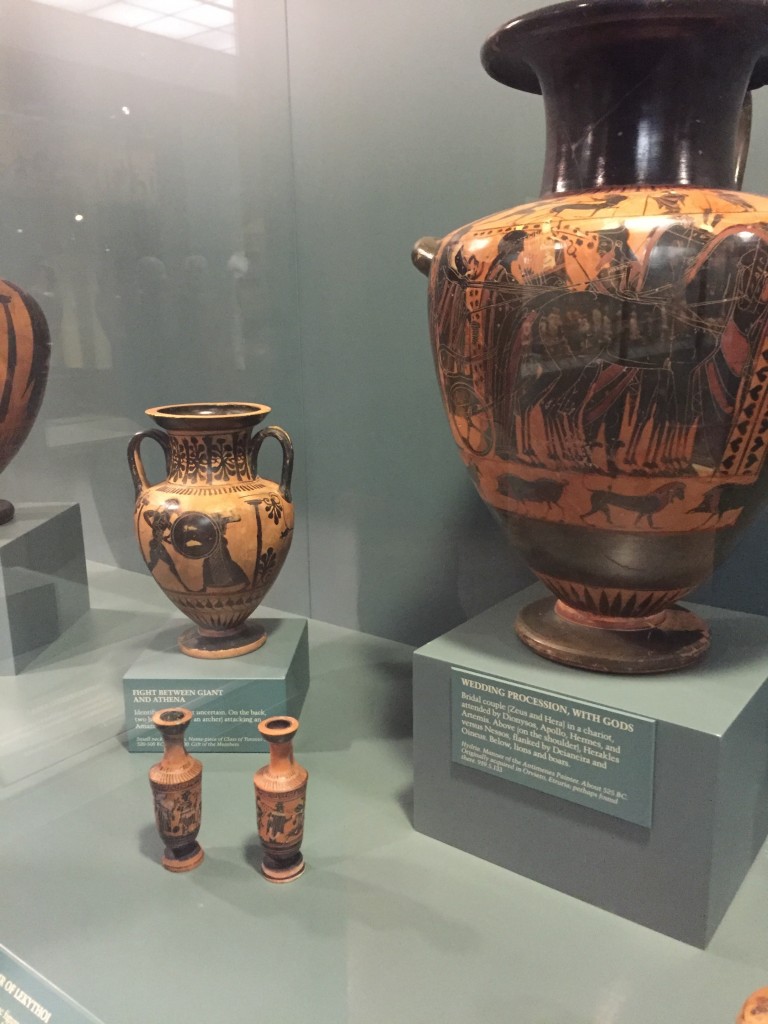 We were asked to look for something unfamiliar in the Greek Gallery and I ended up choosing one of the mini-vases as my object. Now, that might seem like a cheat—how is a vase “unfamiliar”? Sometimes, the unfamiliar isn’t necessarily just an object or custom that’s completely foreign and unknown to us. In some cases, it’s something that we are already somewhat familiar with, but that is being used in a different way when placed in a different context. In this case, the idea of a vase is certainly something I know, but some of the weirder shaped ones in the Gallery made the object unfamiliar to me as I pondered on what sort of liquids could possibly be stored in some of these (check out the donut-shaped one in the picture above!). I wondered about all of the times that I, when placed in an international/intercultural context, overlooked or disregarded something because I thought it was familiar when maybe it could have been something completely unfamiliar. Maybe this is how cultural faux pas comes about…

I spent a lot of time having some complicated feelings about this display in the Middle East/South Asia Exhibits. The collision of European and Indian styles initially just struck me as something quite novel, but the longer I spent staring at it the more confused I felt about it. I had very interesting conversations with some fellow ILP-ers later on in the week about the culture that comes out of colonialism and how much of that maybe-forced or maybe-not-forced fusions in culture manifests itself in the culture that we consume today. I think we raised more questions than we ended up getting answers to, but I was certainly grateful for the discussion. 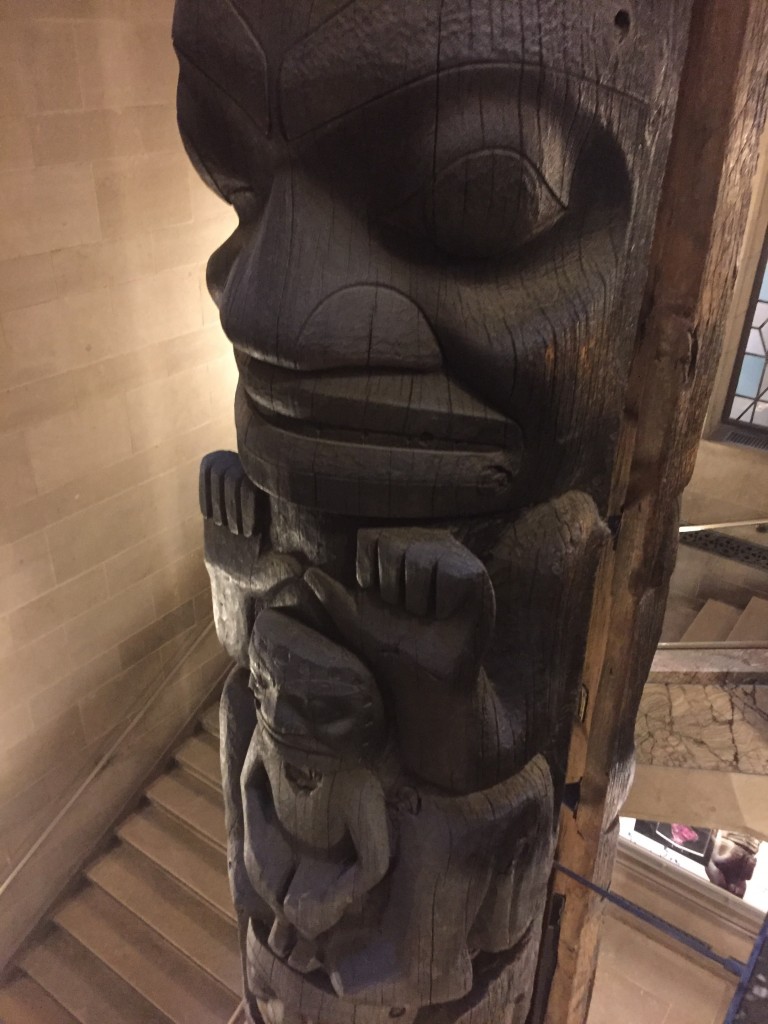 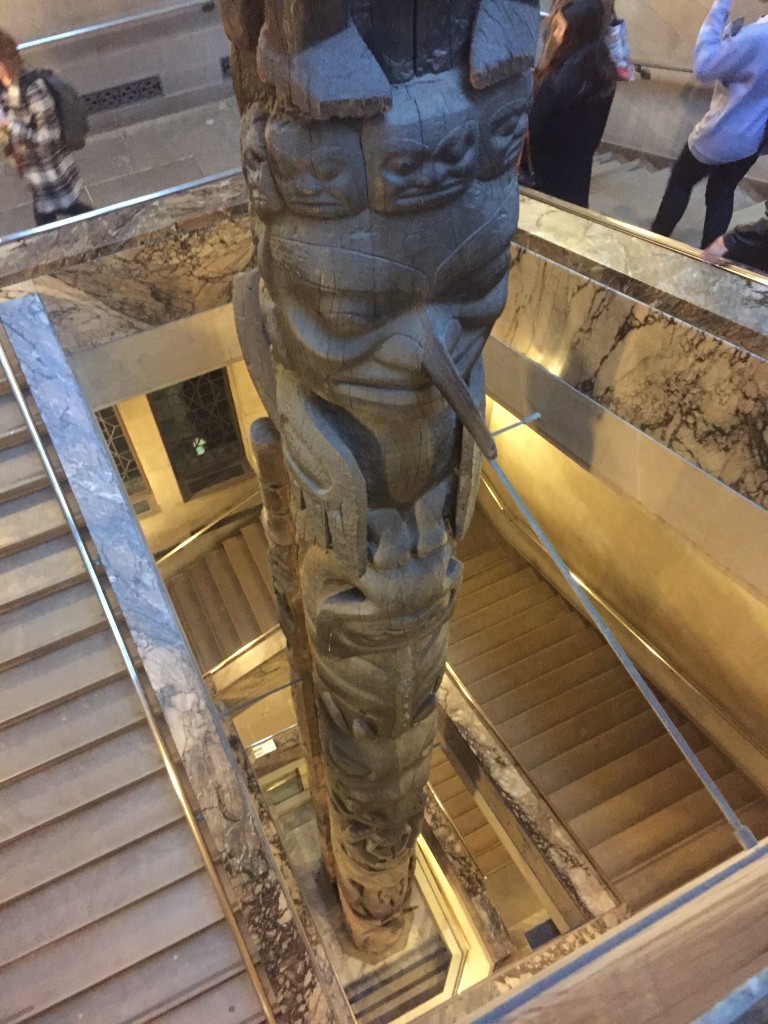 Before calling it a day, we made a stop to check out the totem poles. One of our student guides mentioned that these were not made to be preserved and that certainly raised some interesting discussion points among our group. I think I mentioned in a previous post about how culture is fluid, and that thought certainly came up again as I looked at these massive, menacing structures. Culture evolves and certain aspects may get lost with time while others remain. It’s hard to imagine when you’re in the middle of it, but the same will happen with our culture. Whatever “our culture” means…

As our group made our way back to the CIE for a quick closing debrief, I realised how I was still in “museum-mode” while I was walking down the streets. I was so aware of all of the different objects and landmarks I pass by everyday that I usually just tune out.

Like with any skill, you not only have to work to attain new intercultural skills but you have to work to keep them, too. I think our outing to the ROM certainly reminded me of that fact.

I’ll continue to blog about the Intercultural Learning Program throughout the year. Part 1 (about the introductory workshop) is here.

0 comments on “Developing Those Intercultural Skills, Pt. 2: An Outing to the ROM”