When I entered university, I was determined to take advantage of all the physical fitness resources available and undo the drastic drop in athleticism that had occurred during my teenage years. In grade six, I had found joy in doing laps at the U of T Athletic Centre pool every weekend. However, when puberty hit, and sports teams became increasingly ‘exclusive’, I grew self-conscious and made every effort to skip out on gym. Throughout high school, I only voluntarily participated in two sports: fencing (a one week long U of T summer camp) and archery. 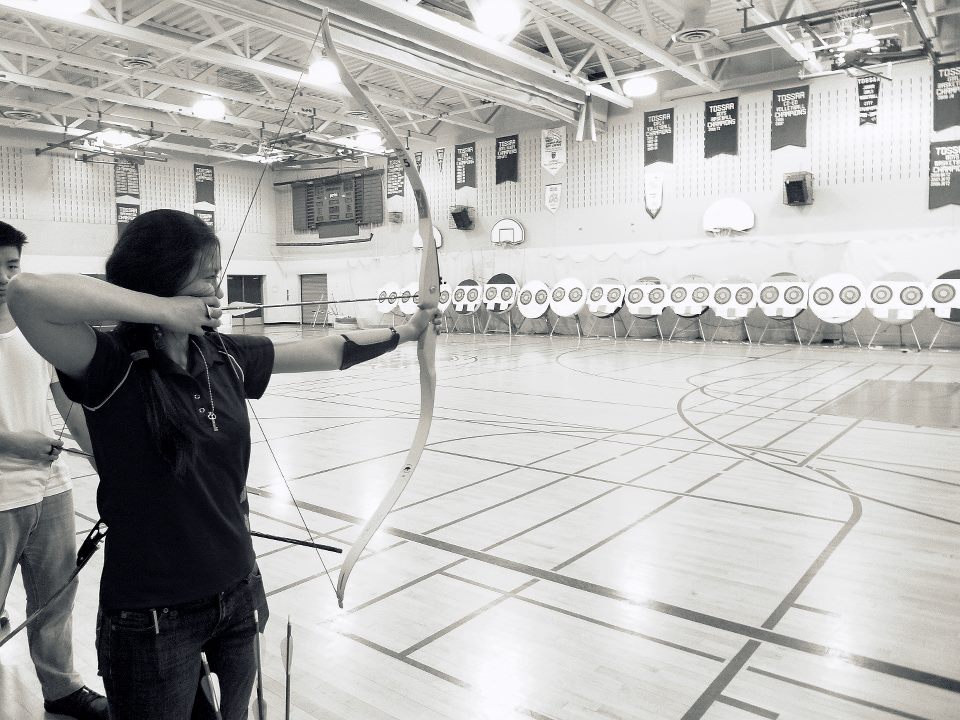 I was excited to learn that U of T also had several registered archery classes and clubs run through Hart House. As I already had enough of a base knowledge in the sport, I chose to get a club membership instead of signing up for classes. This meant that for $20, I could drop in on certain weeknights and shoot, which seemed like a great deal. However, I soon became swamped by my busy schedule and the sport slid to the back of my mind, where it has unfortunately remained ever since! I am optimistic that I will get a chance to revisit archery one of these days again soon.

Furthermore, dance was another area of fitness in which I was eager to get involved when coming to U of T. I had taken a few classes on and off, but knew that I was in no way proficient enough to make it past an audition. Then, in looking for different collectives on campus, I found the Only Human Dance Collective, which accepts every person regardless of level.

For a flat fee, anyone can take part in as many or as few dance numbers as they want to. Each one would practice for an hour a week and the company would put on an annual show at Hart House in March. I know people who did just one dance and others who did seven; I chose to do two. The dance styles ranged from contemporary, to hip hop, to belly-dance, to even Chinese fan dance. There was much flexibility in levels and styles, and although I was often the least flexible person at practice, every person embraced OHDC’s inclusive and supportive mandate and always made me feel welcome.

Although I truly wanted to rejoin OHDC in subsequent years, I could not make the time for it. Wanting to keep up some dance in my life, I registered for Ballroom Dance and Latin Nightclub lessons at Hart House in my second year. They were an hour a week each, and though I only participated for nine or ten classes, I still remember a few salsa steps to this day and very much enjoyed the introductory course. Several of my friends continue to enjoy the contemporary dance lessons every term at Hart House. Not all classes put on a show, which can take off some of the pressure of dance.

Also in my second year, I began to attend the Victoria College Scarlet Dragons boating team practices Saturday mornings at Hart House. I chose to not actually join the team and attend races, but to just jump in on the indoor practices for fun. Due to the cold weather, actual rowing practice does not start until mid-March. Until then, the captains had no problem with extra people joining the indoor workouts, which were as effective as boot camp. It was a great way to exercise with a group of friends, and was just the right commitment level: while I was never obligated to go, working out regularly in a group kept me motivated and on track.

Certainly, I have not been always perfect with keeping fit throughout my four years at U of T. In fact, by November of my third year, I could no longer manage to go to any regular practices. In those times, drop-in fitness classes became my only form of exercise. These awesome one-hour sessions — drop-in Zumba especially — deserve a blog post on their own. Although I never did become a toned athletic genius as my first-year-self imagined, I am ok with that! What I realized over time was that physical activity doesn’t have to be as intimidating as many of us make it out to be – the important thing is to just try to get active and try to build some time for it in your schedule whenever you can.