Take Me Away, A Sweet Escape

From hidden treasure trains discovered in Poland to One Direction taking a hiatus (and with them, the hearts of millions of teenage girls) and Kanye West announcing he’s running for President, the Internet’s been a pretty busy place these past few days.

Somewhere in the middle of all this, whilst reading my fiftieth Kardashian article and realizing I knew what Kylie Jenner’s new dog’s name was, I came to the conclusion that I’ve had a little too much of the Net this week. Taking a note from Taryn’s post on Unplugging, I decided it was time to put down my smartphone and get a little more In Touch…with Mother Nature instead.

I’ve always loved exploring the city and finding new places to hang out, which also coincides nicely with my goal this year of staying fit by getting out and walking around more.

Danielle highlighted a bunch of great ways to get away right here on campus but if you’re looking to go a bit further,here are some of my new favourite places I discovered this week around the city to unwind:

Toronto has an extensive ravine system- hiding beyond sculpted roads and zooming cars are quiet leafy worlds with trickling streams and emerald tree canopies shielding you away from the rest of the city. 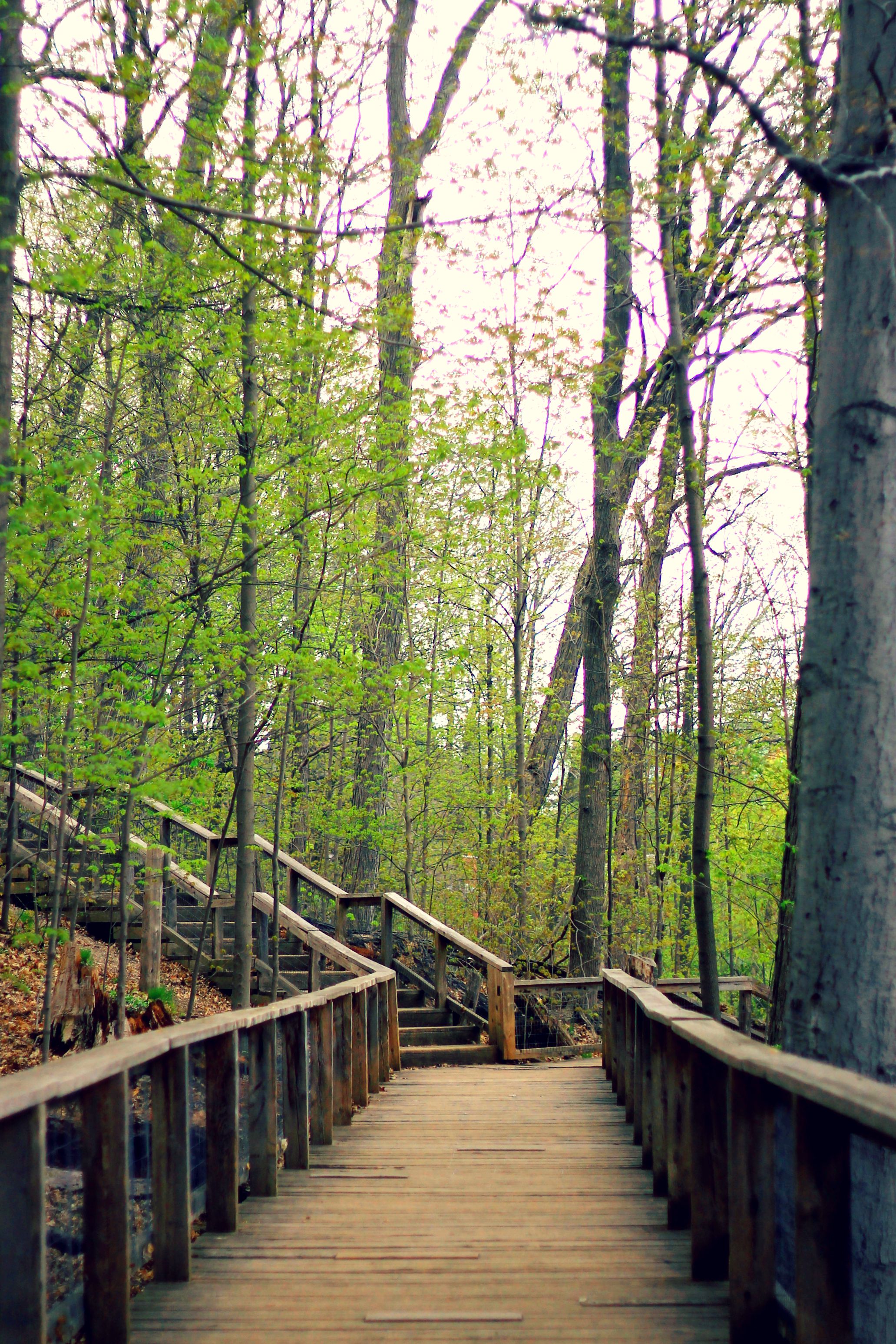 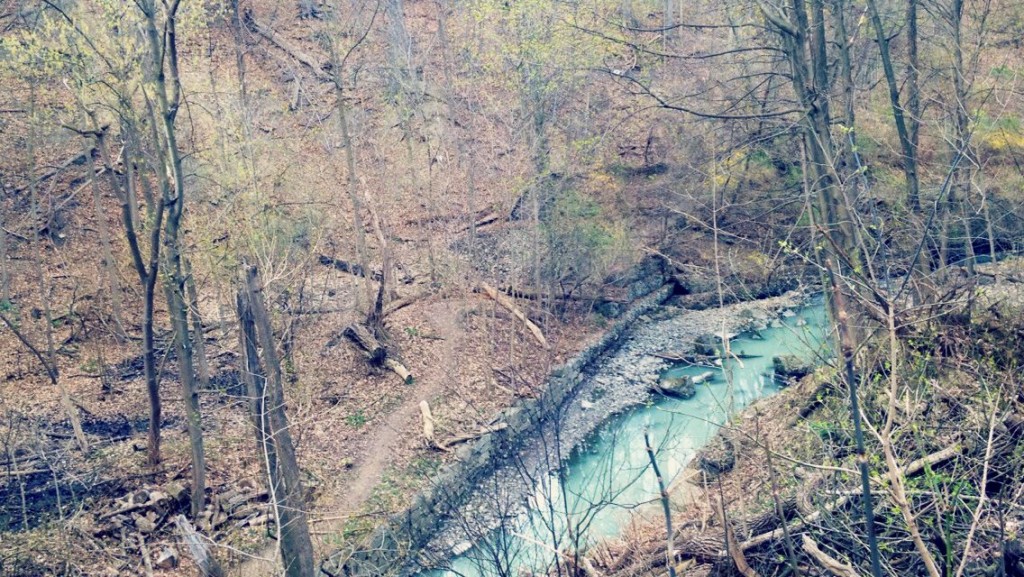 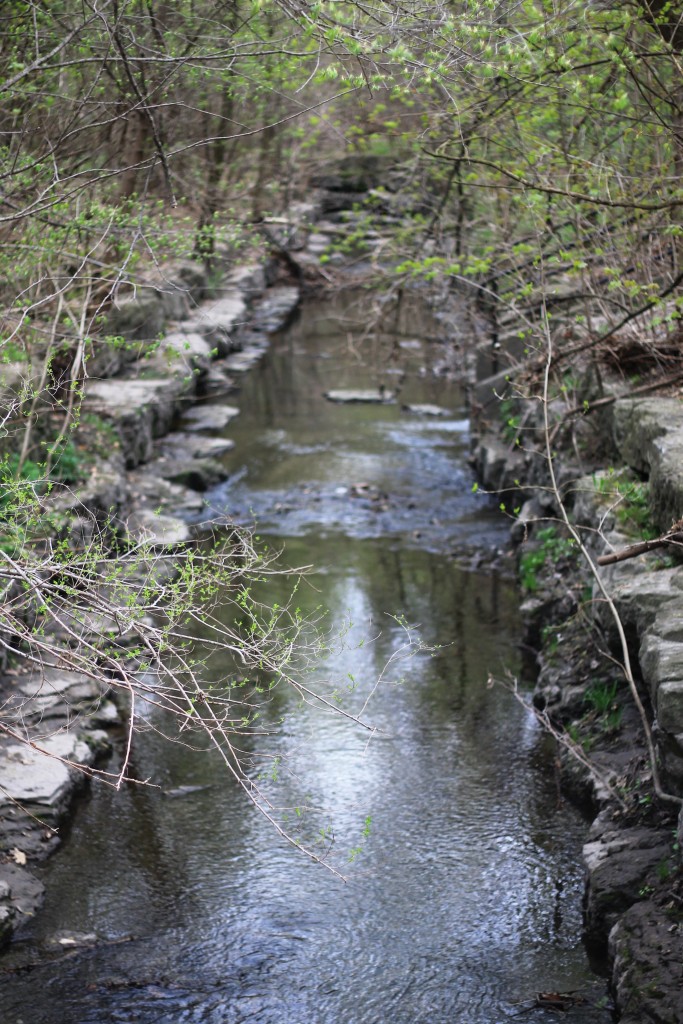 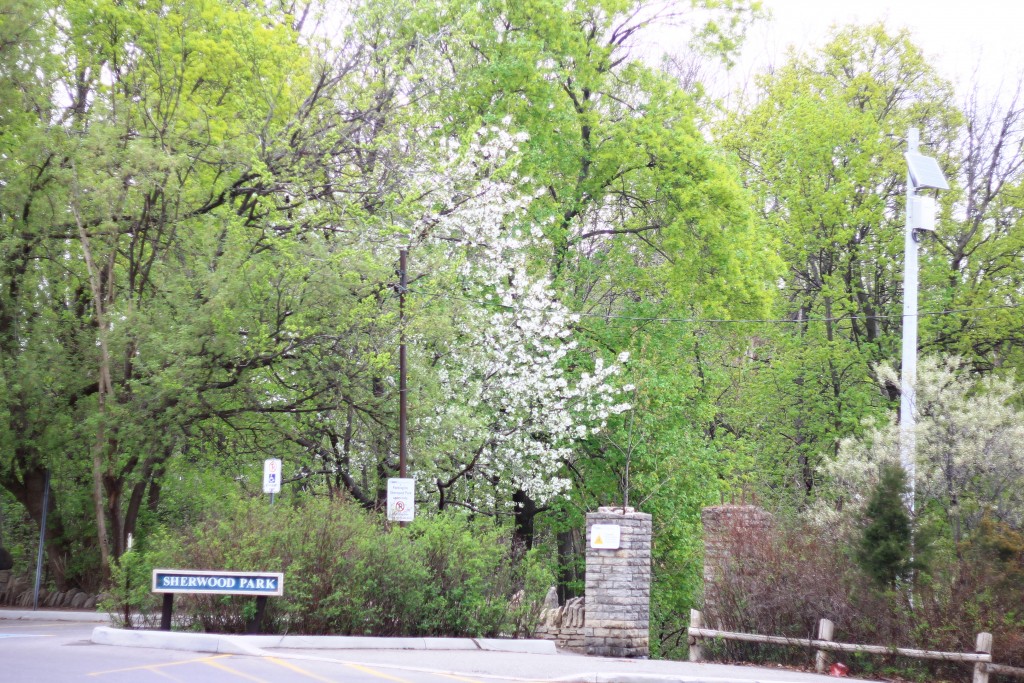 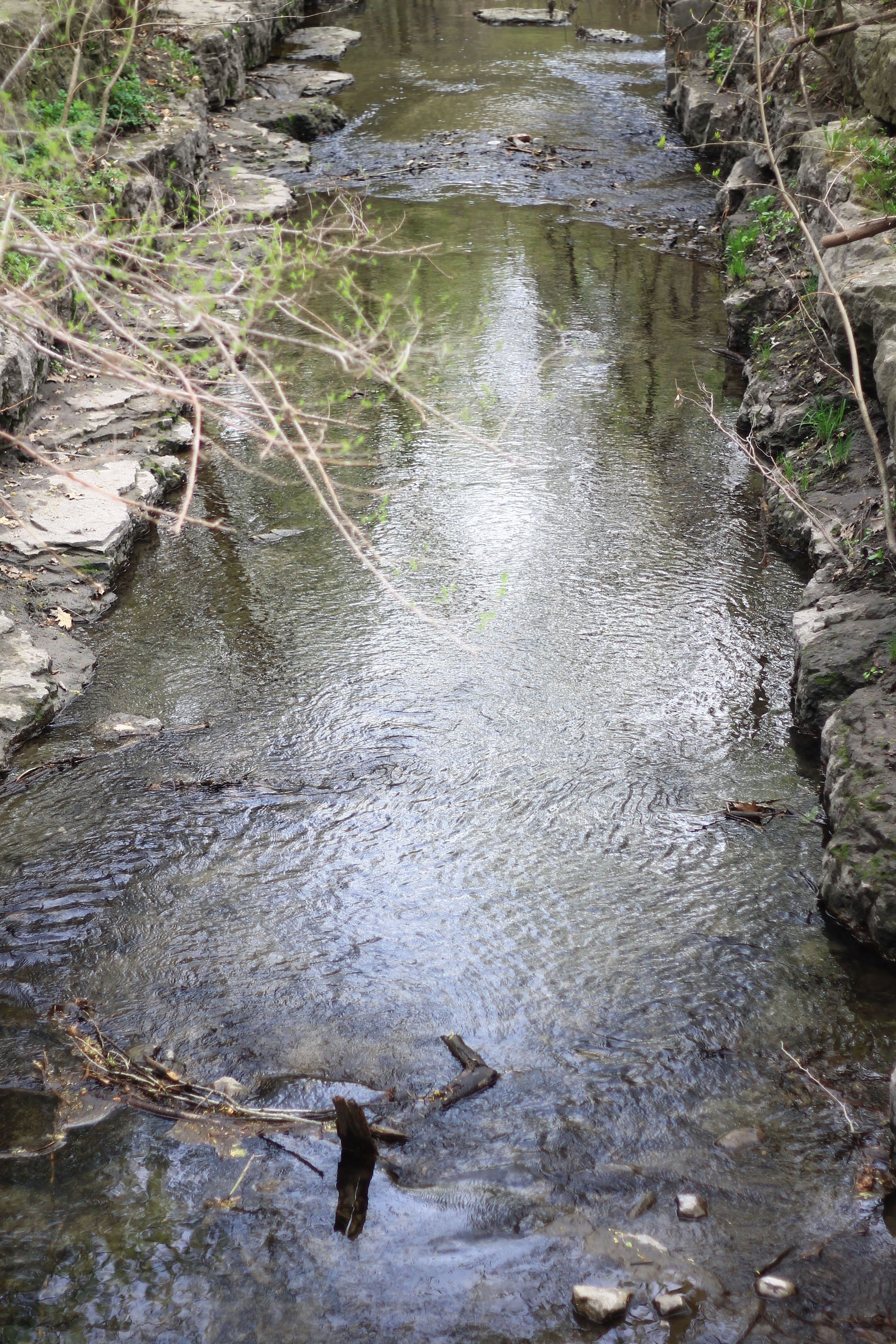 David A. Balfour Park, Moore Park Ravine and Sherwood Park are special favourites of mine

A little further west, this white futuristic looking bridge was built in the late 1990’s along ‘an ancient aboriginal trading route’ by Lake Ontario and connects the cities of Toronto and Etobicoke. 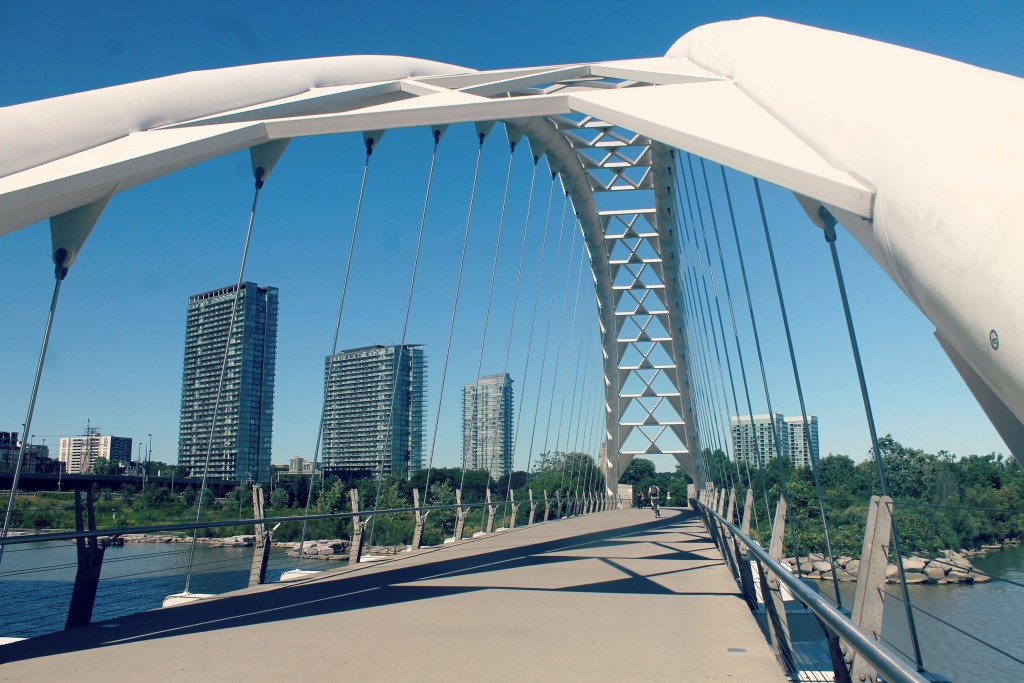 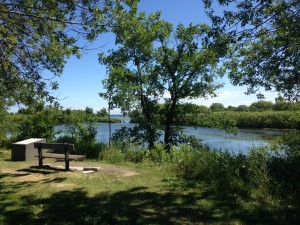 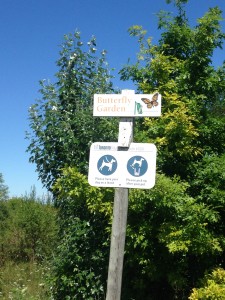 The winding trails to the bridge by the shore offer some fantastic views of the Toronto skyline bordered by azure waters. 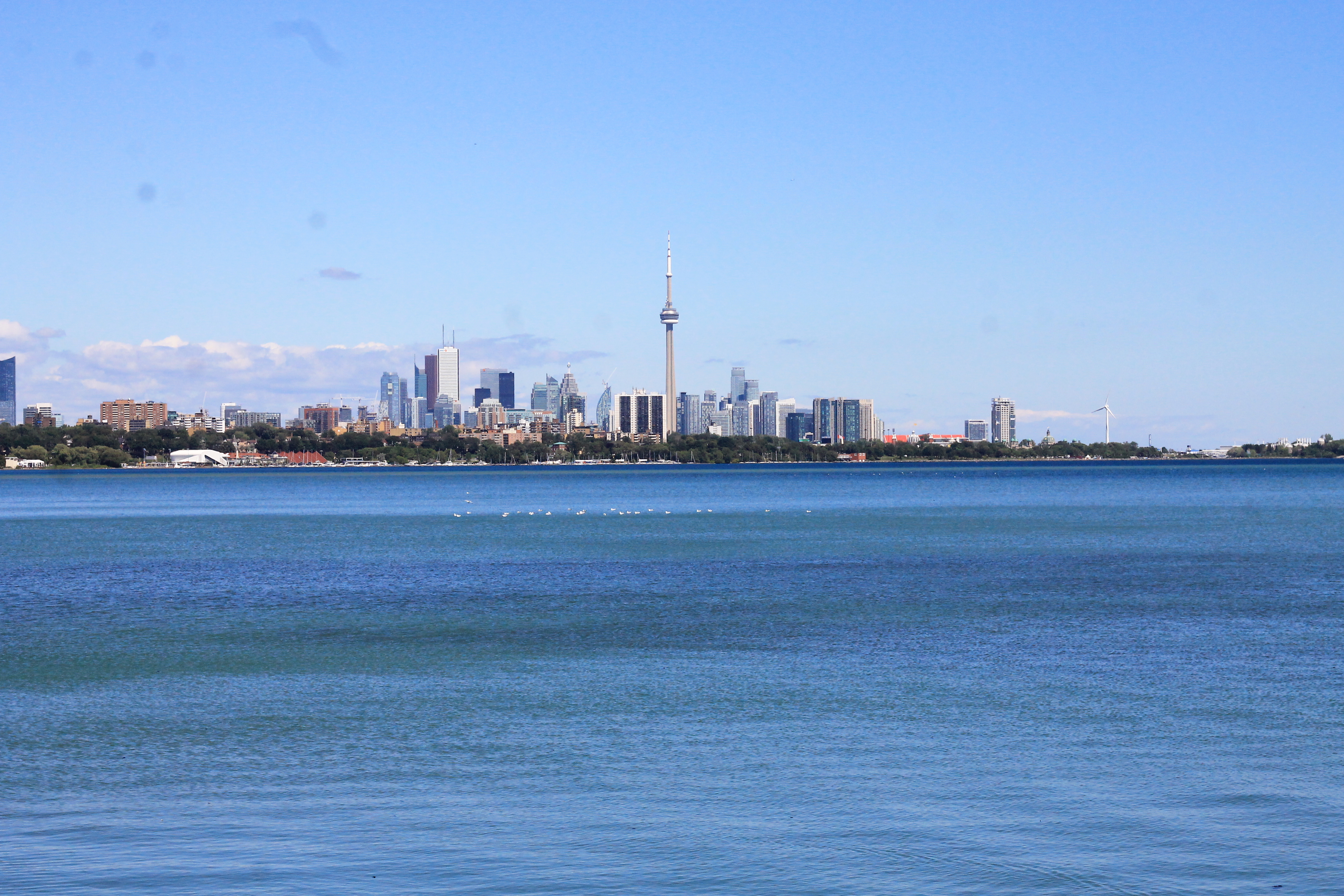 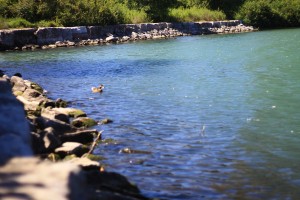 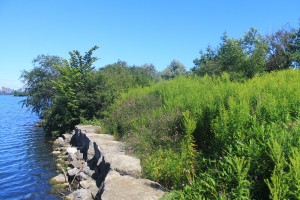 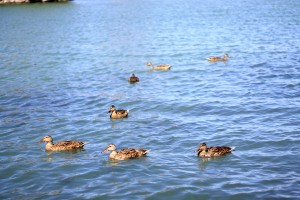 My favourite spot in the area is Sheldon Hill Lookout where you feel (literally) on top of the world, sitting on the hill under the shade of a tree as the CN tower and all of downtown glints in the background the size of your thumb.

If you don’t want to feel like you’re too far away from the familiarity of downtown, sweet little Sugar Beach is the place to be, with the giant skyscrapers in the background reassuring you you’re not too far from civilization. 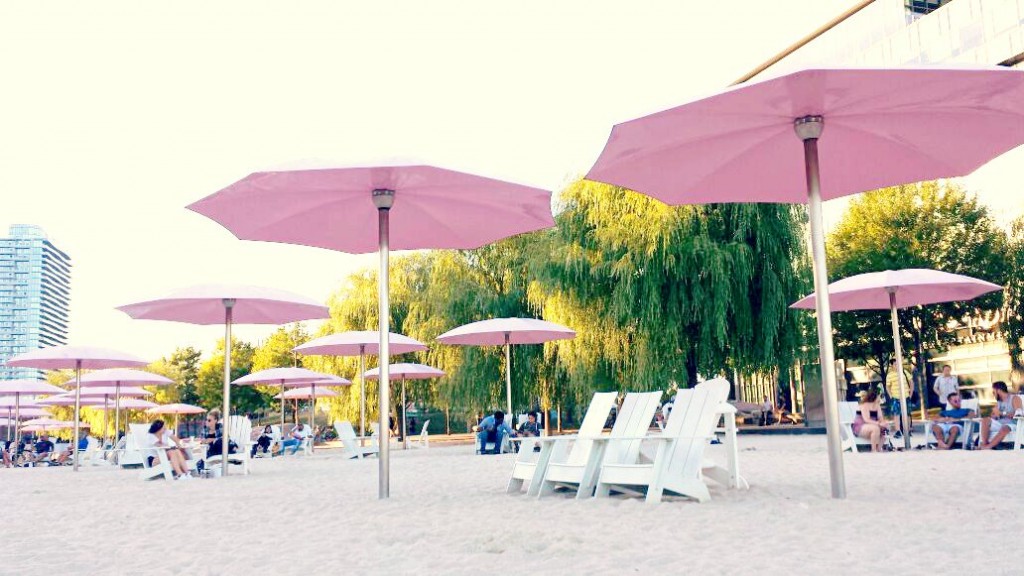 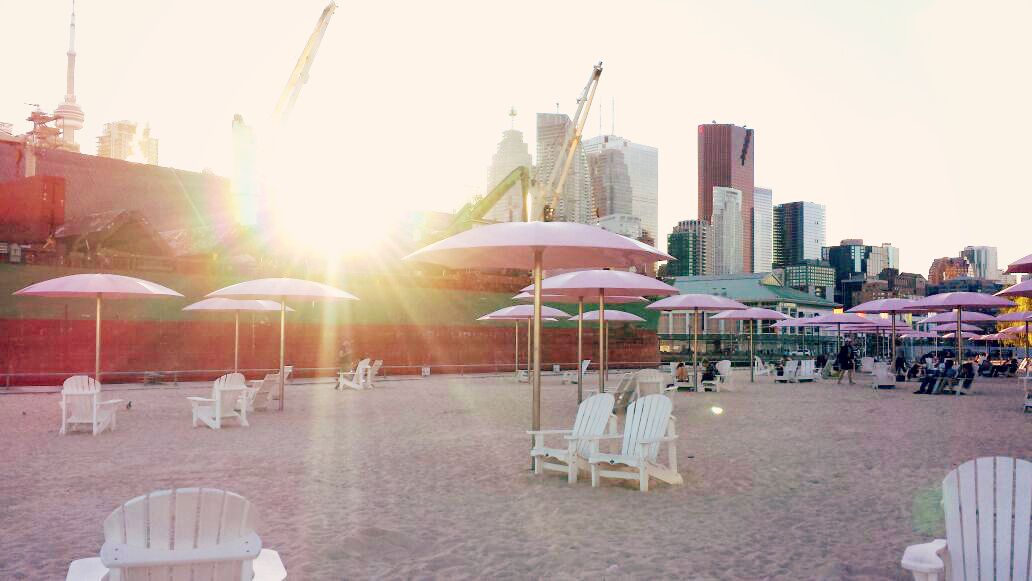 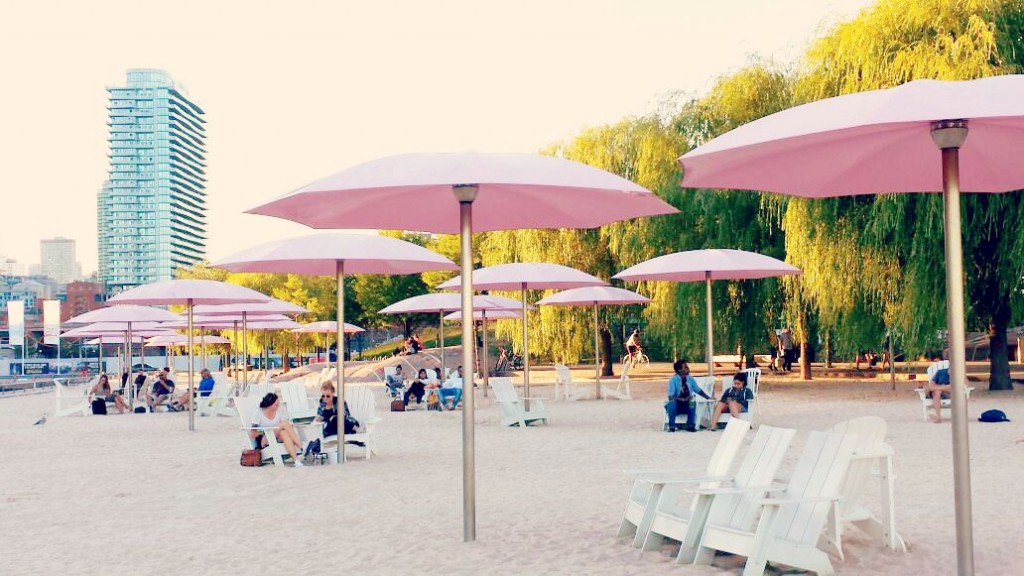 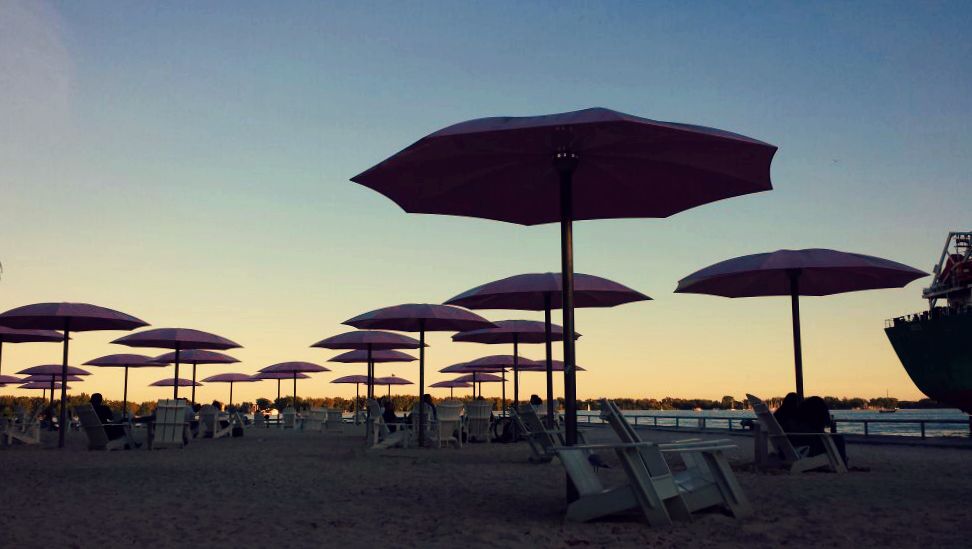 Swing open the door to the Allan Gardens Conservatory and you’re greeted by warm air, the comforting smell of fresh soil and an explosion of colour- flowers in the millions line the walls and pathways of the greenhouse with little signs below describing what each type is called. 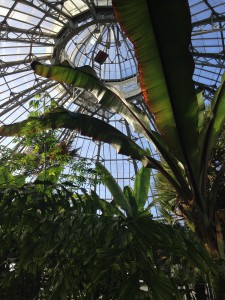 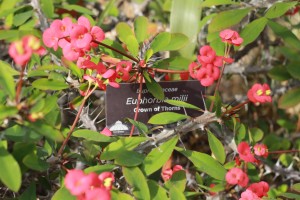 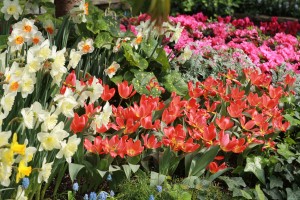 On my trip there, I spotted a heap of trailing bougainvillea (a tropical flowering vine native to countries along the equator) which grew all over my house’s gates in Pakistan, and made for a lovely little reminder of back home. 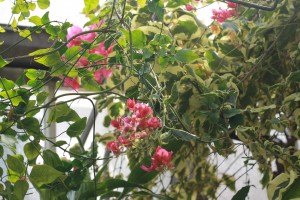 Survivor’s tip: try not to trip over the tripods that people might have set up, the Gardens seem to be quite a popular place for couples’ photoshoots!

While the park is definitely less secluded than some of the other places on this list, it’s quickly become one of my favourites because there’s just this relaxing atmosphere in the air- the park is filled with people talking, laughing, having a picnic and sleeping in the shade. 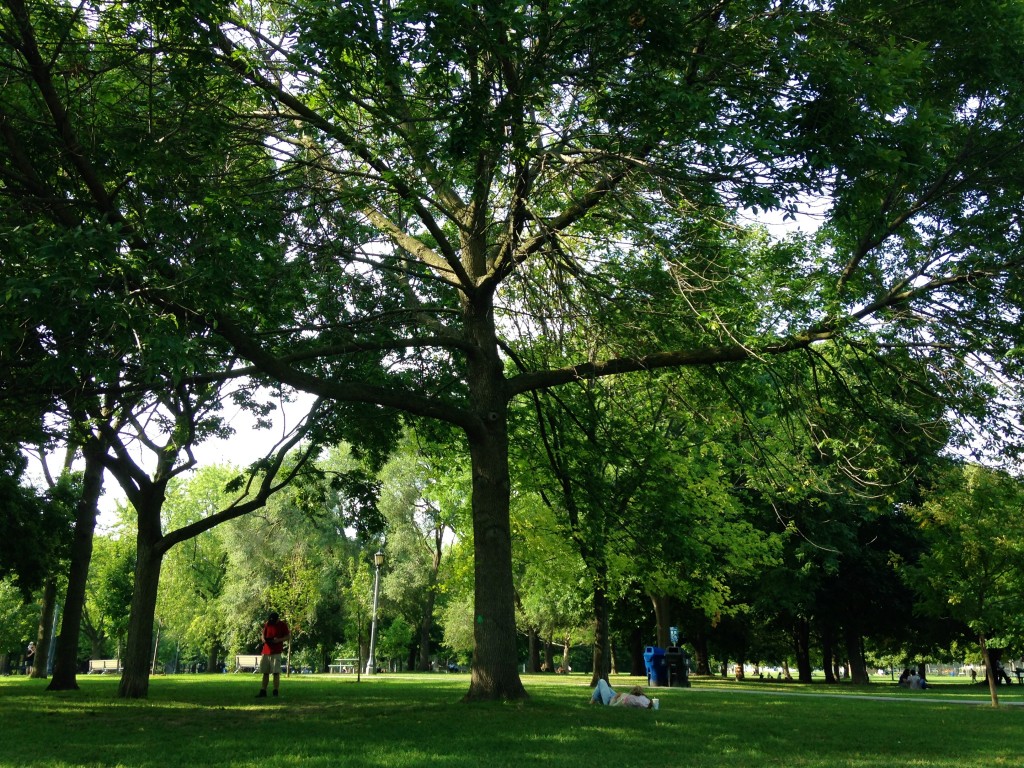 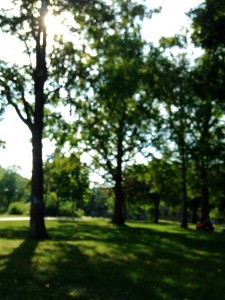 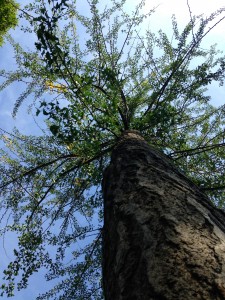 You don’t feel out of place just lying down on your backpack and allowing the swishing leaves to lull you to sleep. 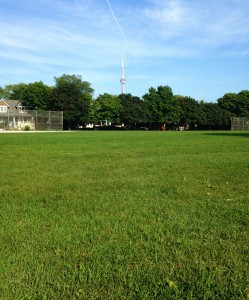 The park is bordered by the eclectic Queen Street West to the south, filled with interesting shops and unique cafes.

So those are my favourite places to visit, get a little perspective and come back feeling refreshed (and vowing to have a little more self-control when it comes to tabloids)

What are your favourite places to get away, U of T?

0 comments on “Take Me Away, A Sweet Escape”