A Night at the (UofT) Theatre

I can’t count the amount of times that I’ve walked by a poster advertising a new play on campus, and said “oh, I’m going to go to that!”  If you’ve followed my blog posts for a while now, this won’t come as much of a surprise to you; I am the queen of  wanting to get involved in something, and then never actually doing it.

So this week when my friend invited me to come and see her in the Trinity College Dramatic Society’s performance of the Twelve Angry Jurors – I knew I had to stick to my promise.

I decided to take this as an excuse to have a night out, a “night at the theatre” so to say.  It’s only three weeks into the semester and I already feel as if I’m clocking more hours at Robarts than in my own bedroom.  I figured this was the perfect excuse to take a well deserved break. 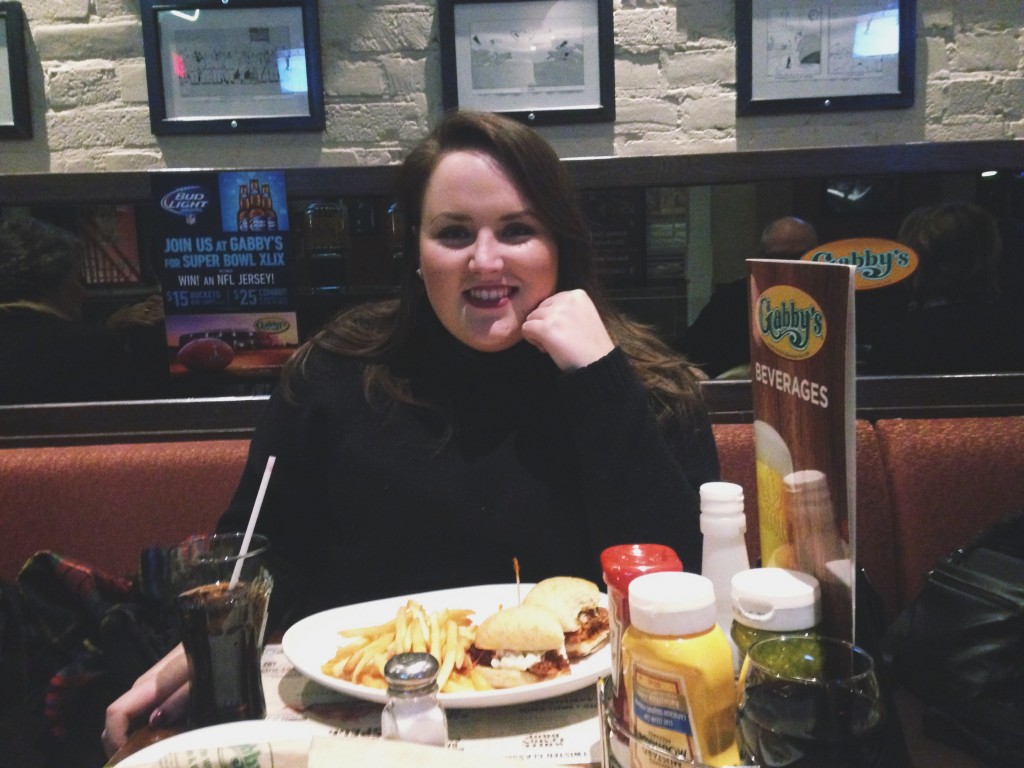 We started our night up on Bloor at Gabby’s Bar & Girl to grab a quick bite before the performance, which started at 8pm.  Pulled pork and fries may not be the classiest of pre-theatre meals, but hey – I’m on a student budget here (and it was delicious). 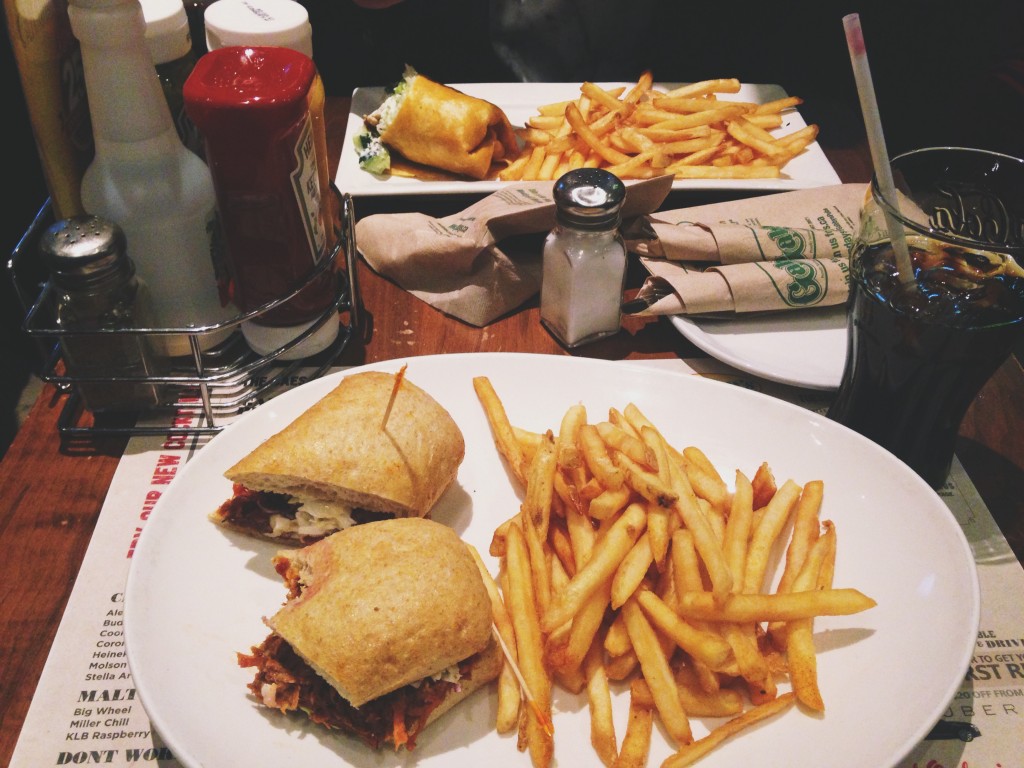 We got to the theatre early to purchase tickets from the door and get our seats in the George Ignatieff Theatre. The stage itself was small, but the theatre filled up quickly with family members and friends of the performers, and a couple campus reporters as well. 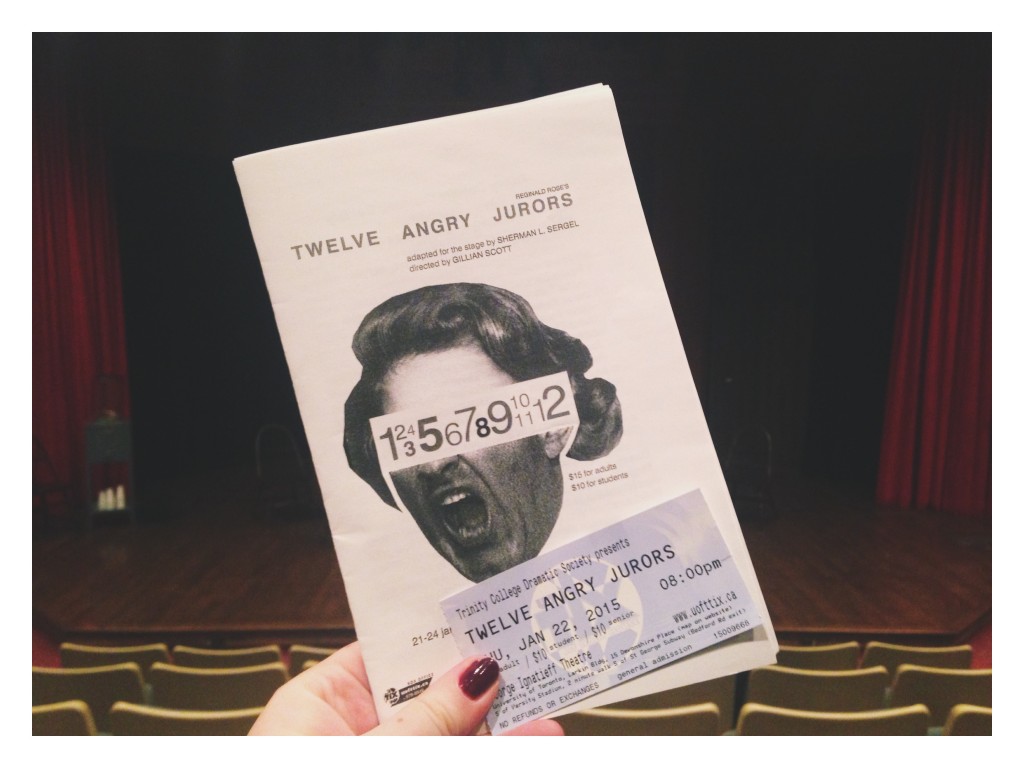 When the play began I was immediately captivated. I hadn’t done much research about the play before hand, but the general synopsis involves a group of Jurors arguing over the innocence of a man accused of killing his father.

The entire play takes place on the same set, with no more than 13 characters on stage at one time.  It was intense and dramatic, with the perfect amount of comic relief.  The characters delve into topics such as immigration, racism, prejudice, and the idea of “reasonable doubt”.  Although you never see the accused man, or any characters other than the jurors and a security guard, through the discussion you feel as if you have an clear picture of the entire trial. 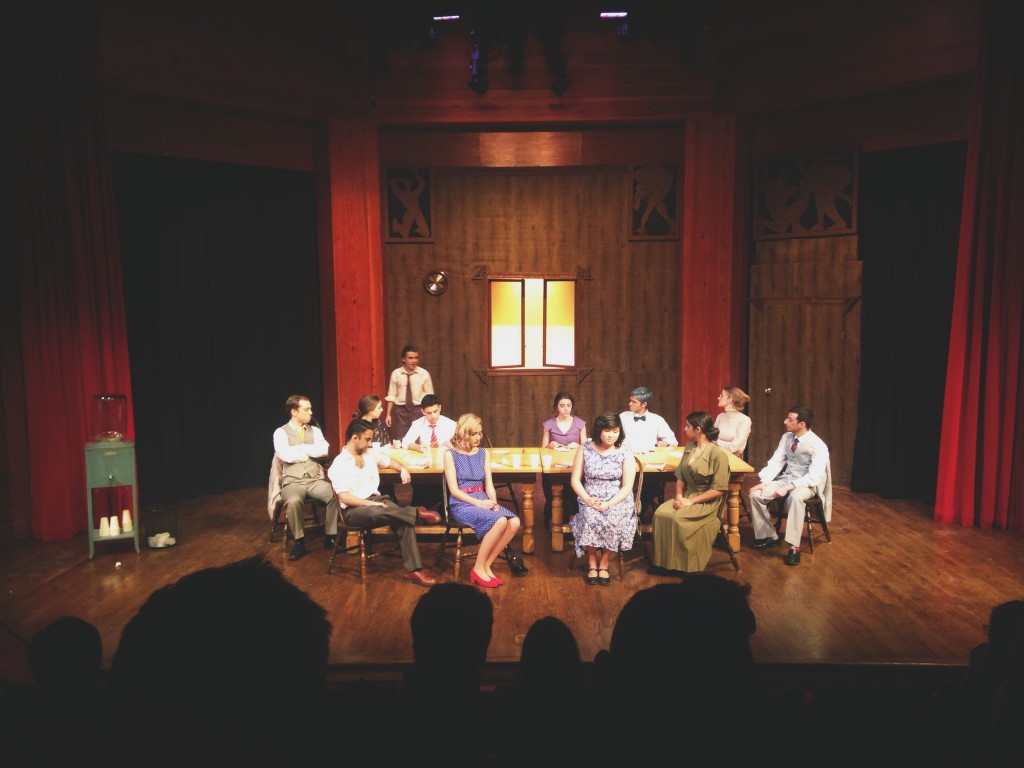 The actors themselves portrayed their characters skillfully, shedding tears at some points and genuine smiles at others. Although the play itself was only an hour, when it was over I felt as if I had known these characters all my life. 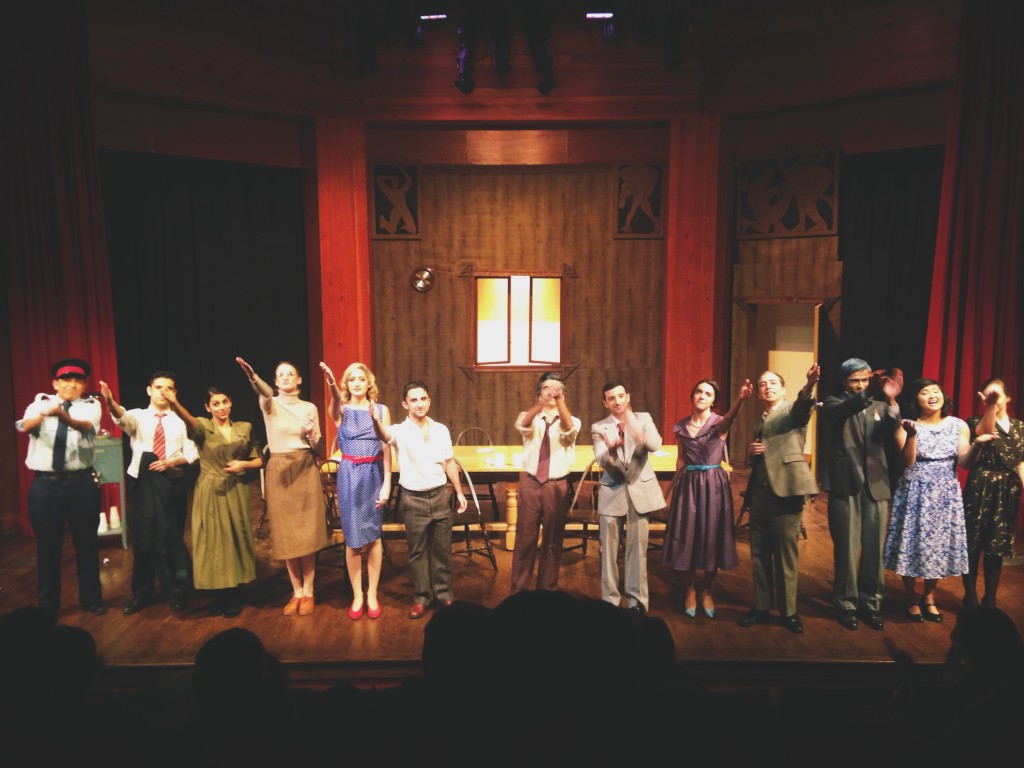 When the play was over we waited in the lobby to see our friend, then walked home discussing everything we had just seen.  The best part of seeing a play, movie, or any theatre production, is the ability it has to take you away.  For a given amount of time it transports you into another storyline where the problems of your world don’t seem to matter anymore.

So I’ve ticked something off my campus bucket list, and managed to find a new favourite past-time in the process.  I would love to hear your experiences with campus productions, including any plays that I have to see. Leave them in the comments below, or send them to me on twitter at @Rachael_UofT.

If you’ve never seen a play on campus, I would highly recommend it! With numerous on-campus productions happening every year, there’s sure to be a play that interests everyone, and a ticket price to match your budget.

0 comments on “A Night at the (UofT) Theatre”