On March 11, a devastating earthquake and tsunami hit Japan and caused a wipeout of several villages of people and places they once called home. We are thousands of miles away and yet, I can hardly fathom the aftereffects of this life-changing disaster and can only be grateful for my own safety here. I am extremely lucky that most of my worries only extend to the piles of school work and potential all nighters that await me before the homestretch to finals. Moreover, there is the suffering of those in our very own campus and city who are torn with worry for their loved ones back home. 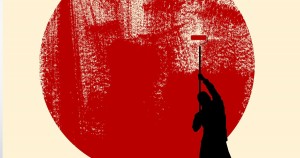 It always amazes me how people from all around the world and from all walks of life can come together to support the relief efforts of countries that have been hit with natural disasters. Such effective global relief is even further propelled by the advances of technology and social media. In fact, this very blog I am writing is testament to this theory and contributes to the vast amounts of outreach that the internet, the blogosphere and the numerous social media outlets have to offer.

For instance, Google has created a person finder tool to help people locate their loved ones in Japan and donations can be made with a couple clicks online. Technology is often criticized by society for distancing us from face-to-face interaction but in this sense it is only pushing the limits of innovation for global awareness and relief.

On top of that, there are several ways to donate apart from making a direct relief donation to the Red Cross or other relief efforts in Japan. The purchase of smartphone apps, iTunes songs, t-shirts, posters, etc. can all go towards relief efforts. Even Lady Gaga has designed an Earthquake Relief Wristband. When I say all walks of life come together to support relief disaster, this goes beyond the tech world, celebs, or international not-for-profit organizations. There are several local charity events hosted in our city and at U of T that you can be a part of! One of the most interesting fundraising ideas I came across was the origami folding of paper cranes where a crane was folded for every $1 donated.

I also came across this tumblr blog that lists several charity events in Toronto that benefit the earthquake in Japan. Among these is the Japan Canada Student Association (JCSA) at U of T’s fundraiser that was held on Saturday and raised a total of $2,893.87! There has definitely been more raised by this group since they have been hosting ongoing fundraisers throughout the week including a rice ball sale at Sidney Smith last Tuesday. In fact they have an upcoming Healing Japan Fundraiser Party on March 25th at ALIO Restaurant & Bar

Another fundraiser is also in the works in the U of T community that is being held by OISE and the Graduate Students Association (GSA) at 7PM, Thursday March 31 at Woodsworth College’s Kruger Auditorium.

There are several things you can do to provide relief to Japan. I know this time of year is tough for many students, but try to take in the perspective of those in dire suffering across the world. Take global action and do whatever you can in your spare time to give to those who are suffering in their time of need; whether it be a donation, organizing a local fundraiser, or even the simplest thought and prayer for Japan.

0 comments on “Shaken by Japan’s earthquake”