Student resources for the Japanese crisis 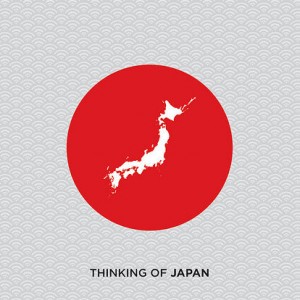 I don’t have any snark or rants for you today, dear readers. With the recent crisis in Japan, I wanted to find out about the resources on campus that are available for you.

Coming from a traditional Chinese family, counselling was, as my grandmother so nicely puts it, “for the crazies”. It wasn’t until the first year in university that I understood how important it is to talk to somebody (counsellor or otherwise) if you are trying to come to terms with grief. I had three people who were close to me pass away within a few months of each other during my last year of highschool, but since I was in first year, I thought the trouble I had with getting engaged in university life and feeling depressed was because I was having trouble transitioning. I was having trouble with the transition, but that’s because I was grieving and didn’t know it.

People experience and express grief in many different ways – it is unique for each person, but some of the common feelings and experiences of grief include:

Apart from the number of students who are Japanese at U of T, and even more students who have friends or know somebody who is Japanese, we have 173 international students from Japan studying at the University of Toronto. It is highly likely that all of us are directly or indirectly affected by the current crisis.

I have a few friends in Japan. When the earthquake hit, the first thing I did was try to contact them. They didn’t reply, and I fretted and fretted, until I saw one update her blog, another his Twitter, and another, her Facebook. Another called me when she was back in Hong Kong. Professor Scott Schieman says that it is natural to feel shocked and powerlessness.

I spoke with Jeanette Unger, Associate Chaplain from the Ecumenical Chaplaincy at the Univeristy of Toronto, to talk about some of the things that we can do for ourselves and friends. The university is planning a campus-wide public event to commemorate the victims and to act in solidarity. The details are not yet confirmed, but it will most likely happen at the end of this week.

Edit: The campus-wide event, Japan Solidarity Service with President Naylor, will be held at the Multi-Faith Centre Tuesday March 29th from 12PM to 1PM.

Jeanette tells me that in response to the current tragedy in Japan, the U of T Centre for International Experience has a variety of resources availabe for students who may be affeted. The centre has an in-house cross-cultural counsellor, Dr. Jian Su, who is available to help any students who may be feeling overwhelmed. The CIE’s number is (416) 978-2564.

As well, all U of T students have access to the counsellors at CAPS, and the members of the Campus Chaplains Association are available to offer spiritual care to those who might be affected. Outside of U of T, students can get in touch with Japanese Social Services, which offers counselling.

Finally, if you have friends who are affected, here’s what Jeanette suggests you can do for them:

“It can be hard to know what to say or to do for friends who are grieving. You can’t take the pain away or make the situation better, but your presence is very important. Simple things – writing a note assuring your friend that you’re thinking of them, spending time with them to watch a movie or go for a walk or eat together – can show your friend that you care about them. Sometimes just being together without saying much is enough – it may even be exactly what your friend wants. Most importantly, be ready to listen and not offer advice, even when the same story is told over and over again. Often, people work through grief and trauma by telling their story over and over.”

0 comments on “Student resources for the Japanese crisis”