3 Reasons Why I Decided to Take an Independent Study

Next year is my last year of university and I’m excited to say that I will be taking not  one, but two (!) Independent Studies. 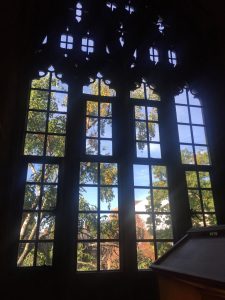 Though Independent Studies may seem intimidating and a lot of work to apply for, I think they’re an incredible opportunity that many students don’t know about. When deciding whether to take an Independent Study or not, a couple factors really pushed me to do it.

2)     Getting to work with a professor closely: I also wanted to take an Independent Study because it’ll allow me to work one-on-one with a professor I respect. Though students can work one-on-one with professors during office hours, learning independently with them is a different and fantastic opportunity! It’s also a great way to form connections with professors that may come in handy down the road if you need a reference letter or other form of support.

3)     Trying out graduate research: Finally, I was drawn to Independent Studies because they allow me to practice skills useful for graduate school. As an undergraduate, it can be hard to imagine what it’ll be like to write a big thesis or work in an important lab during your graduate studies. So, an Independent Study is the perfect opportunity for me to practice writing a thesis and sharpening my analysis skills.

To apply for my Independent Studies, I went to my program of study’s website, where I found an application form. I filled out the application form (which asked me to detail the course I was proposing), asked my professor if they would supervise my Independent Study, and submitted the form to the department for approval. Overall, it was a bit of work but definitely worth it!

Due-dates for Independent Study applications vary per program but many are still open for the upcoming academic year!