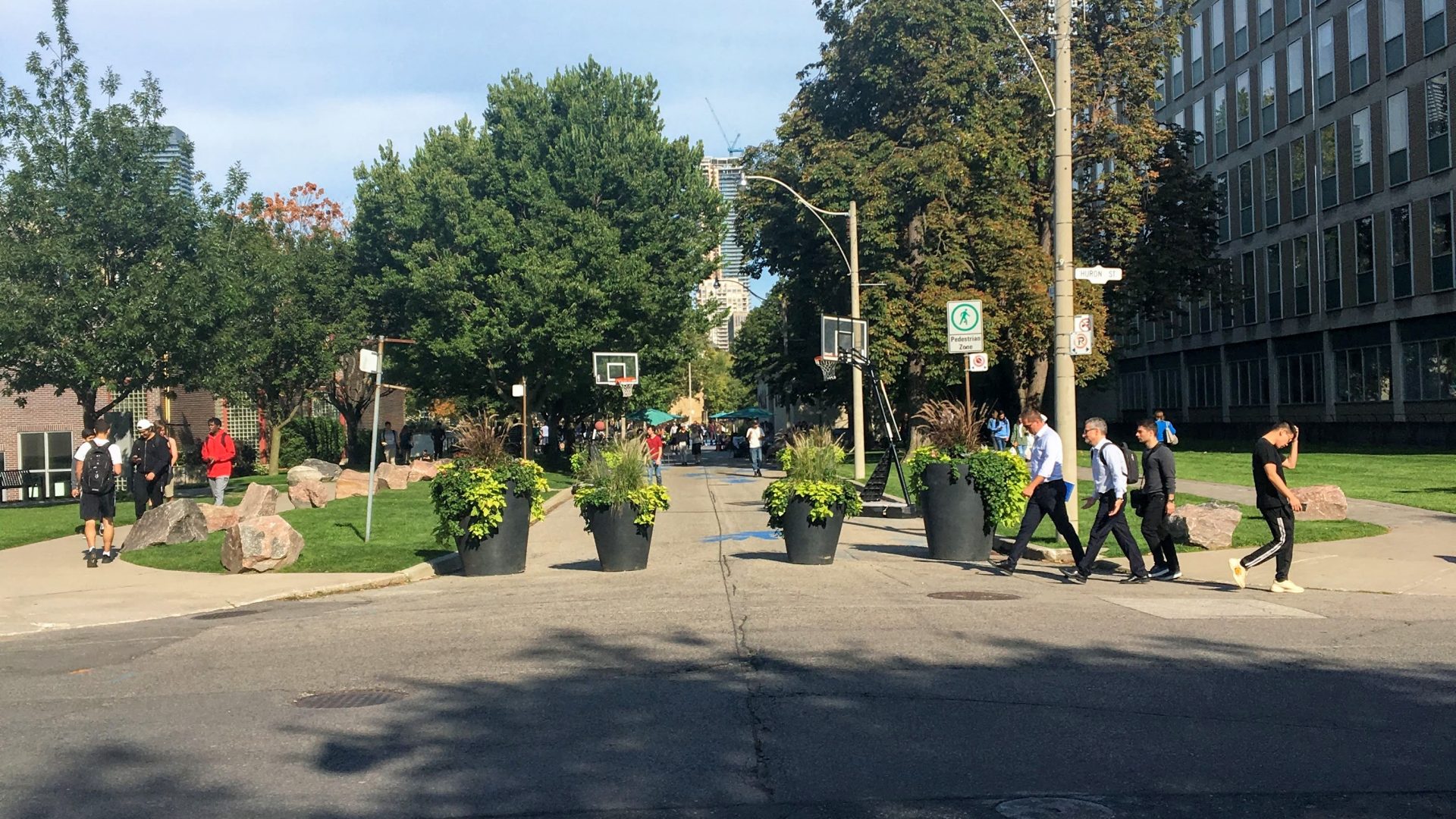 How do I love friendliness? Oh let me count the ways!

As I have mentioned in my previous blog, a new thing that I’m trying out this semester is proper balance. So far so good! I’ve been in touch with Accessibility Services and am maintaining my two-week-in-advance schedule as well as reviewing my daily plans the night before. For instance, I decided last night that I was going to try a cycle class at Hart House today!

I’ve also decided that this semester I want to try and contradict the U of T stereotypes. We all know them. The whole competitive nature of the school, the isolation, and the cold shoulder from fellow students. So, every day I remind myself that it’s okay to be focused, but it’s okay to also be friendly.

Trying to change my attitude on campus was inspired by a fellow Life at U of T blogger. Olive wrote last week about making friends at U of T in her third year and I wanted to see if I could change the way I interact with students on campus. The first thing I had to come to terms with is that friendships at U of T can be VERY different than at other schools. I’ve come to learn that it’s just because people’s priorities are different and that’s OK! A lot of students are commuters, which means that they’re also students trying to balance school with lots of other things: developing deep connections on campus may not be a priority for them.

I fall into a similar category. I chose U of T for its mix of high standards of education and being in the right place for me to carry out personal goals and responsibilities. While I’ve been able to fulfill that, I’ve also realized I have pushed against getting to know other people and creating a community for myself on campus.

Okay, so how does this tie into academic success? Let me count the ways!
I’ve always been a pretty nervous person, and have found solace in other people’s support. In university, classrooms can be very large and overwhelming so that support doesn’t seem like it is there. This semester I’ve tried little things to get comfortable around classmates: a smile here or there, asking them about readings or their thoughts, introducing myself, and so on. I’ve found that for the most part people were equally as open to chatting as I was and the atmosphere quickly changed from tense and dull to bright and comfortable. Even these small things made it surprisingly easier to participate in class. While they may not all be deep friendships, I feel more comfortable raising my hand in front of them, or asking them for notes if I missed something. I’ve also noticed that I’ve been more excited to attend class because of it. I may not be able to provide people with a deep commitment, but being friendly with no expectations has taken the pressure off of talking to people. Creating a safe comfortable space is vital to conducting a productive term.

0 comments on “How do I love friendliness? Oh let me count the ways!”