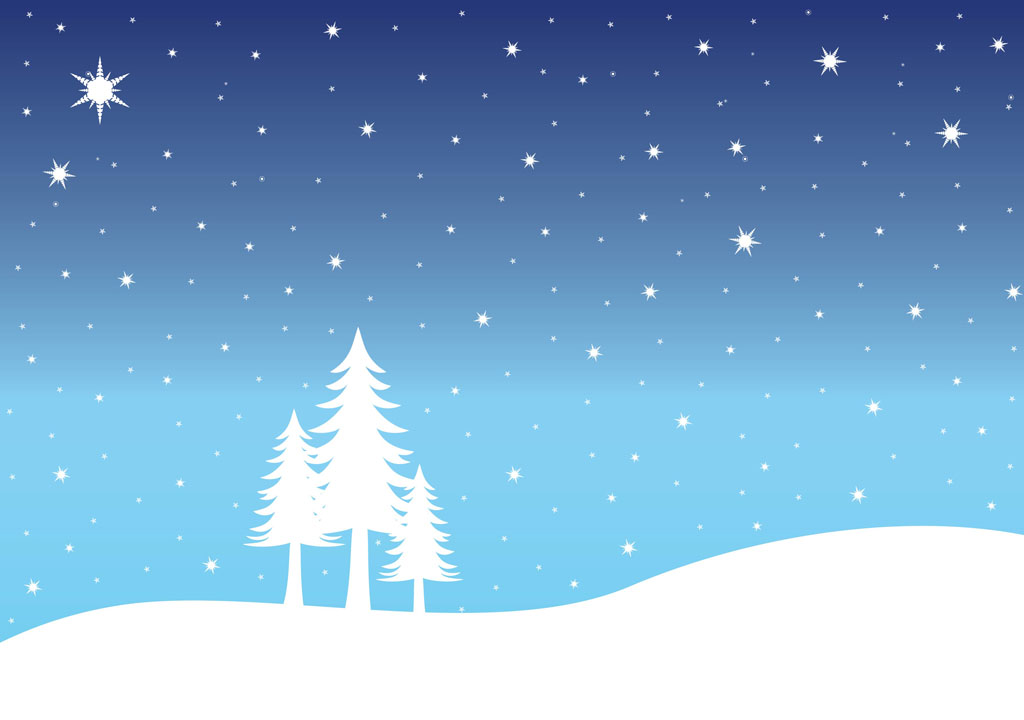 UTSG & snow closures: what they mean for accessibility

A couple of weeks ago, our beloved city was privy to some of the fiercest weather Canadian climate has to offer. On February 12th, 2019, widespread snowfall warnings covered most of Ontario, threatening up to 25 cm of snow, and freezing rain. The weather caused a “talk to your boss about the commute” situation that had a huge impact on travel for hundreds that week, and the week following. The snow caused significantly reduced visibility, potential whiteout conditions, and frigid arctic air surrounded the landscape. It was a little alarming to say the least, but most institutions had the right idea around safety. Ryerson University and York University shut their campuses down earlier that day, urging students to stay safe. The University of Toronto Mississauga and Scarborough campuses followed suit, as did most other institutions and school boards. However, our very own St George campus failed to cancel classes and shut campus down, finally announcing at 1pm that campus activities would be shut down at 4pm, when many classes had already begun for the day. The situation raised an important conversation across social media platforms about the safety of students and the threats we face when our academic institutions fail to put our safety above their rules.

So, what was the reason the University of Toronto St George campus closed so late into the day when it’s Mississauga and Scarborough counterparts had the right idea early on? We may never know the real story being discussed by our corporate overlords and higher-ups, but we do that know that our students deserve safety and security. Despite the bashing that went on online, I wanted to take a chance to discuss how important it is that our university takes into consideration students’ safety, and how necessary it is to even have this conversation in the first place.

We can discuss the reasons UTSG delayed closing, but the truth is probably that it was a decision tied up in political, social, and corporate rules. What’s important about the delayed closure is the conversation it brings up around safety and accessibility. For disabled students, getting to class during a city-wide snowstorm was awful, as I’m sure many students ended up taking the trek downtown due to unmissable lectures and assignments. In terms of accessibility, the TTC was backed up and slow running, causing many students, such as myself, to leave their homes early in order to get to class on time. There’s also the fact that the many students who stayed for their late classes on Monday night had to try to get home during the snowstorm. I was one of the students who headed to her evening class, and a couple minutes later, began the trek home due to the university announcing closure. If the closures had been announced earlier, disabled students and commuters, as well as all students in general would have had time to get indoors safely. On Tuesday, the weather was absolutely horrific, my own car ended up buried under a pile of snow. Having to get up early to shovel is no fun for anyone. I suppose it was made worse by the fact that my professors did not cancel class on Tuesday, and the university remained open, causing students to make the trip downtown with roads still covered in snow. It is also important to consider those besides us students that had to stick around, such as caretaking staff, essential services, and other staff-appointed personnel. Their safety is just as paramount as everyone else.

I’m not going to pretend that just because a couple of people have written opinion pieces or tweeted or posted online about the closures, that some drastic change is going to take place in the way UTSG conducts emergency closures. But in reality, that should be the case. It should be easy enough to raise an important issue to the attention of our higher-ups and see some sort of change take place. However, this is the real world, and all we can do is have these important conversations and do our best to advocate for those who cannot advocate for themselves, as well as those who need special assistance.

I was delighted to see this conversation happening online, and I have attached a tweet below of a funny exchange seen on the timeline. Although my generation has a habit of combating serious issues with humour, I think it was necessary in this case. If you have any opinions on this issue, or just a comment, please feel free to leave them below the post. This conversation should be conducted across campuses and institutions, feel free to link this post elsewhere (and a thank you to the tweeters below for the image). Keep fighting the good fight, U of T. 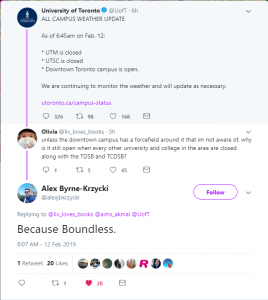 0 comments on “UTSG & snow closures: what they mean for accessibility”