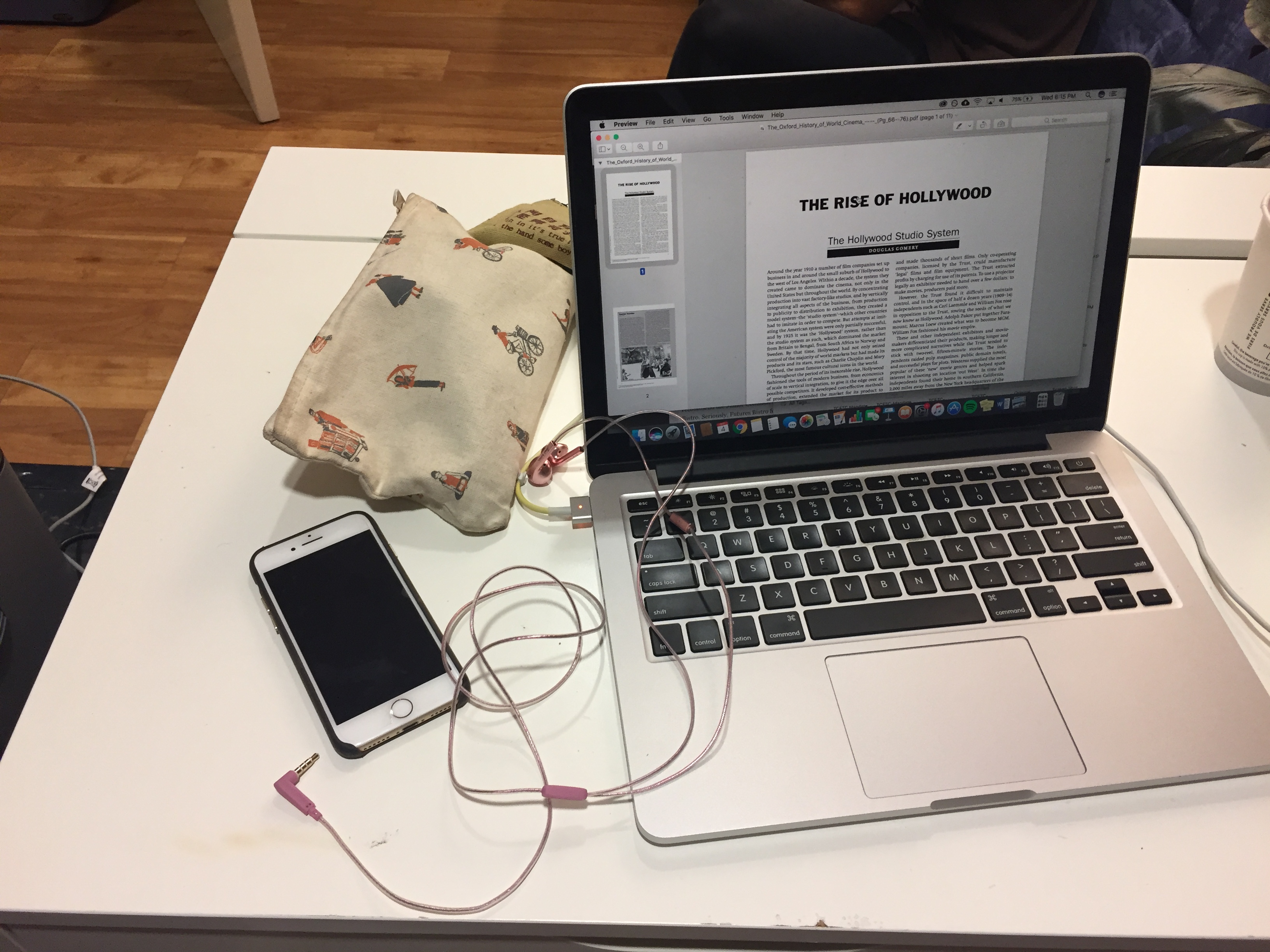 On Finding the Perfect Study Playlist 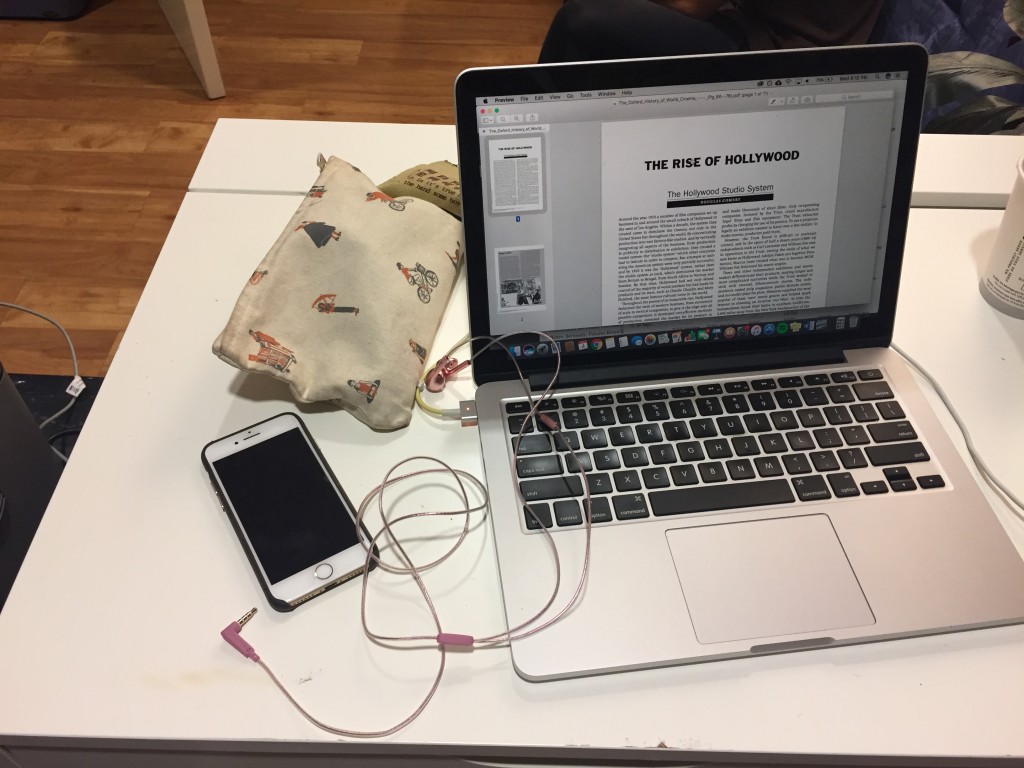 It’s Wednesday night. I have allotted a specific block of time to writing this blog post before moving on to starting an assignment I have due next week. I haven’t written the blog post yet. Instead, I’ve been moving between various study halls and common rooms at Trinity College and browsing Facebook.

I wish I could put my mind into working or studying and not get distracted, but I’m human after all, and we are creatures who often get distracted. When I find myself in this kind of funk, I try to put myself in the most optimal environment. My first step is to enable the “Do Not Disturb” feature on my phone, so that I don’t even hear a buzz whenever I receive a message or notification. Sorry, perfectly nice second-tier friend! I’m busy doing things right now.

Sometimes this means physically changing spaces on campus, going to another common room, study hall, or library. Sometimes this means leaving campus altogether and getting work done at home, a public library, or a cafe. But usually, I find music to be the most integral aspect to my studying.

My goal here isn’t to be prescriptive or create a playlist, since I find that music means something different for every person. Plus, I’m extremely sensitive about my taste in music, and if people don’t like my hypothetical study playlist, I would be extremely upset. So here are some examples. I believe that you should have different playlists for different circumstances, and that’s the type of system I have.

Side note: I usually try to choose whole albums to listen to so that I don’t have to pick a new song every three or four minutes.

If I’m just doing casual studying or writing, I’ll listen to some catchy pop or indie pop such as Carly Rae Jepsen’s E•mo•tion, Marina & the Diamond’s The Family Jewels, or Alvvays’s self-titled album.

If I really need to do readings and I’m stressed out, I’ll listen to soothing music. For me, that’s Haim’s Something to Tell You, Tegan and Sara’s Love You to Death, or, if I’m extremely stressed out, my go-to is Nico’s Chelsea Girl.

If I need to write and I need music without any words, I’ll listen to one of Spotify’s many Jazz playlists, Classical playlists, or Miles Davis’s Kind of Blue.

As you can see, I owe a ton of my academic success to Spotify. As far as studying spaces go, I highly recommend the Junior Common Room at University College, the Innis Cafe or Innis Lounge, or Futures Bistro. Seriously, Futures Bistro felt like that pub they would always show Rory Gilmore studying at when she was at Yale. Its so collegiate.

0 comments on “On Finding the Perfect Study Playlist”