It’s not often that I turn into a super fan and become tongue-tied but that happened when Kahnawake Mohawk scholar Taiaiake Alfred came to U of T. My professor, Cheryl Suzack, with the help and support of the Aboriginal Studies program, brought Alfred in to speak to the U of T community about reconciliation and Indigenous sovereignty. As one of my professors told our class, “He’s probably the most well-known Indigenous academic in North America.” 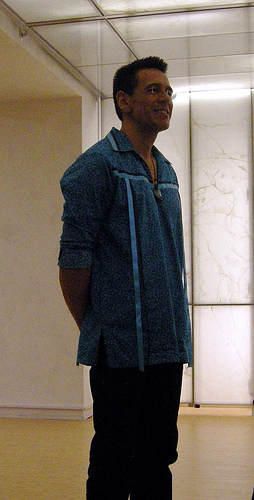 I’ve studied Alfred every year for the past three years. I consider his book “Peace, Power, Righteousness: An Indigenous Manifesto” a work that has probably had one of the most significant impacts on my learning about Aboriginal studies at U of T. 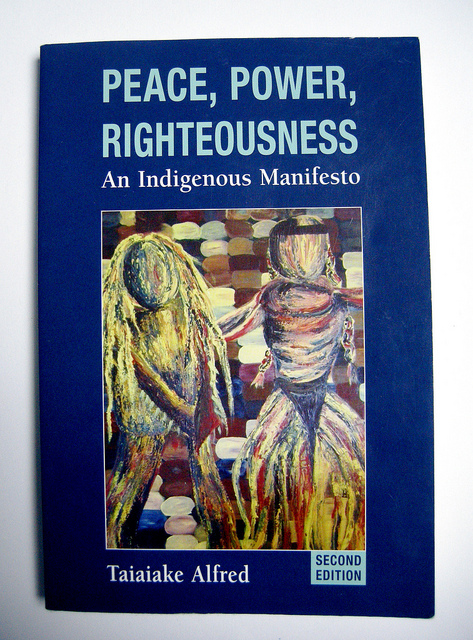 This book also made me feel intimidated by Alfred, not only because of his intellect and experience but his voice. If you’ve ever come into contact with this book, you’ll notice his writing style is strong and unrelenting, which I first misread as over aggressively masculine and hostile. I remember when I bought “Peace, Power, Righteousness”, I flipped to the back cover where there is a small author photo of Alfred with a buzz cut, army green t-shirt and arms (that look like he can bench press my weight doubled) folded over his chest. Not exactly the author photo I was expecting. I thought he looked like he was from the military (he actually served in the US Marine Corps) that added to the severe image of him I had while I was reading the manifesto. I mean, it’s pretty rare to come into contact with an academic who looks like he can run circles not only intellectually but physically around students (how many profs have you had who look like they could compete in a triathlon?).

Who I saw and heard at the Multi-Faith Centre was not the same Taiaiake Alfred I read. I’m afraid I judged (and read) a book by its cover. I’m also guilty of expecting the person to sound like the book he wrote. I guess that’s what I love about U of T, when the school brings scholars we’ve studied to come and talk to us (and yes, I understand this statement and recognize the school will never bring in Plato). Reading work can be such a one dimensional experience so when we are given the chance to actually interact with academics we admire, it adds to how we will read and interpret their work in the future.

After speaking, Alfred was mobbed by fans (including me). Before he signed my book, I heard an acquaintance of mine ask him about his move into writing fiction.

“It’s not actually ‘fiction’ because what I’m writing is true,” he responded. He also said that he was writing fiction for his mother and wife because they don’t interact with his academic work. It’s moments like these that dramatically transform my perception of professors, when they mention family and make themselves more human and relatable.

No matter how tough the book or person may come across on paper, there’s always a person we don’t get to see or hear until we actually get to see and hear them. I feel so fortunate to meet one of my academic idols, because now that I’ve heard him speak both on and off stage, I admire him as an academic, and a person, even more. 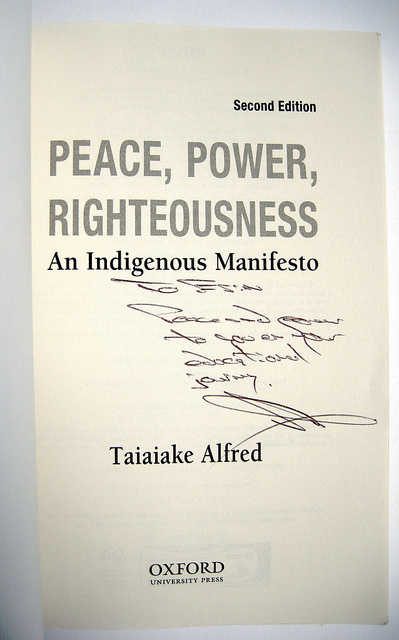 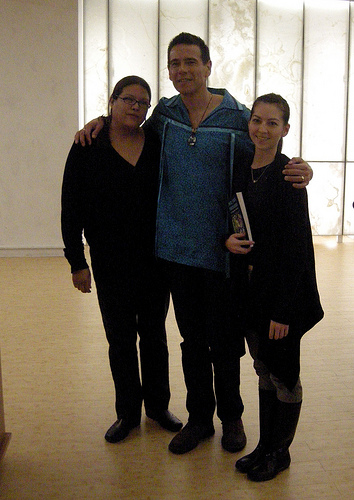 A fan photo with Alfred…he’s probably 6″5!