What happens in Vegas stays in Vegas 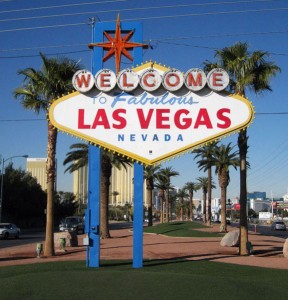 Last week I was attempting to dodge the sleety rain while walking to the subway. Without an umbrella, one particularly windy gust forced me into the nearest building. I entered said building unaware of where I was. I soon realized that I was in Brennan Hall and the aroma of warm food that was wafting down the staircase in front of me tipped me off to the fact that there was a dining hall near.

I don’t live on campus and I try not to eat here. The selection of food at the little cafes scattered throughout the buildings on campus seems very expensive and very cold. But on this day the smell of warm yumminess drew me up the staircase. I found a little counter with a helpful attendant. She informed me that for $9 plus tax, I could eat as much as I wanted and stay as long as I pleased!

I was flabbergasted. I had been avoiding campus food all year. On occasion I would spend $7 for a poutine and a pop from the chip truck in front of Sid Smith. The regret I felt, that I could have instead been eating a hot fresh meal all term long, almost made me cry.

I eagerly paid for my meal and went to explore the buffet. It was extensive hot and cold foods, soups, a salad bar, deserts, ice cream, coffee, pop and juice and the coup de résistance: fresh triple chocolate cookies!!!!

I’ve never been to Vegas, but I hear the buffets are to die for. For an hour and a half the Canada Room dining hall was my personal Vegas. I was in no rush to eat and run. It went something like this eat, study, and repeat. I did repeat at least six times. I got my money’s worth and my fill of all sorts of tasty food. When I emerged from the dining hall five pounds heavier than when I had entered, I promptly called my friend to tell her of my discovery. Her response was similar to mine…why have I been eating two day old seal packed egg salad sandwiches with a $3 coffee all term?

I wonder how many students that live off campus are aware that for a flat fee they can eat at many of the dining halls on campus. It’s really economical if you compare it to any restaurant near campus. Also, the dining halls are spread throughout campus so there is always one close. It’s a great way to kill a few hours between class studying and eating.

I haven’t had an opportunity to visit all the dining halls. Although I imagine the quality must be fairly standardized throughout campus along with the prices. I have made a list of dining halls on campus that according to the U of T Food and Beverage services homepage non-residents can eat at:

This really falls into the realm of accessing services that as a student you are entitled to. There are so many buildings on campus and a lot of them house things that can benefit us. I had wrongly assumed because I was not a resident on campus that I was not eligible to eat hot food at an affordable price. Happily, I was wrong.

Oh and one little side note. You can’t take any food out the dining halls. You have to eat it there. What happens in Vegas stays in Vegas. So do whatever you need to do before entering or you will have to pay again to re-enter.

4 comments on “What happens in Vegas stays in Vegas”