Add some drama to your life

“What if life were like a musical?” I wondered while catching up on the latest episode of Glee. With the rise of shows and movies like Glee and High School Musical, U of T took note and hosted its very own Glee Club last year. I performed in a musical during my first year of high school and remembered the thrill of the stage and how much fun I had performing. While the seniors of High School Musical have all graduated from the big screen, I went to go check out drama the opportunities at U of T.

A quick search landed me to the U of T Drama Coalition that lists all of the colleges on campus that are home to their very own drama societies. You don’t have to be in a certain college to audition for their production either. With that said, there are so many opportunities to audition and get involved with U of T productions on campus. 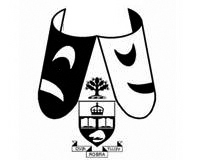 Here’s an at-a-glance rundown of what’s up and coming with each of the college drama societies:

On that note, just as we are exiting Halloween mode, I saw a poster on campus from the Victoria College Drama Society that was advertising those open call auditions for The Rocky Horror Picture Show. My friend has been singing their songs over and over all week and after I gave it a quick mention, she contacted them right away to find out when auditions were beginning.

I didn’t have the heart or time to audition myself, but I went out last Sunday night to be my friend’s moral support. I was also a little curious as to how intense these auditions were. They asked everyone interested in auditioning to prepare a pop or rock song, a talent and a monologue (although there was also an option of a cold read). So on Sunday night, we ventured off to Emannuel College where the auditions were held. The turnout was good, although upon first glance I noticed a seasoned crowd of performers – you could tell by the voice drills, warm ups and headshot photographs at the ready (which is recommended, but not required). A lot of people seemed to already know each other from other productions so it was a good idea that we brought on a whole cheer section for my nervous first-timer friend. That said, there were barely any nerves in the room, save for those coming from our corner of theatre novices. The atmosphere was warm and friendly and we quickly brushed off the nerves and settled in.

Everyone was inviting, talented and showed great dedication. Sitting in queue for auditions was entertaining as I got to hear snippets of songs that people were performing. There were a variety of interesting talents represented as people prepared things from dancing to speed reading and sword fighting. U of T really has some great talent! If you have no formal theatre experience, don’t let that discourage you from auditioning. They are always looking for fresh faces. None of the performers get paid, meaning they are dedicated to doing it simply for the love of performance. It’s a great learning experience! Other places to look into are: Hart House Theatre, U of T Improv, and Creative Classes at Hart House.

There are several ways to get involved. Whether you take on an audition for a role in a production, work backstage with the crew, volunteer for set design, or buy a ticket to support all of our wonderful performers, there is definitely more than one way for everyone to add some drama to their lives.

0 comments on “Add some drama to your life”