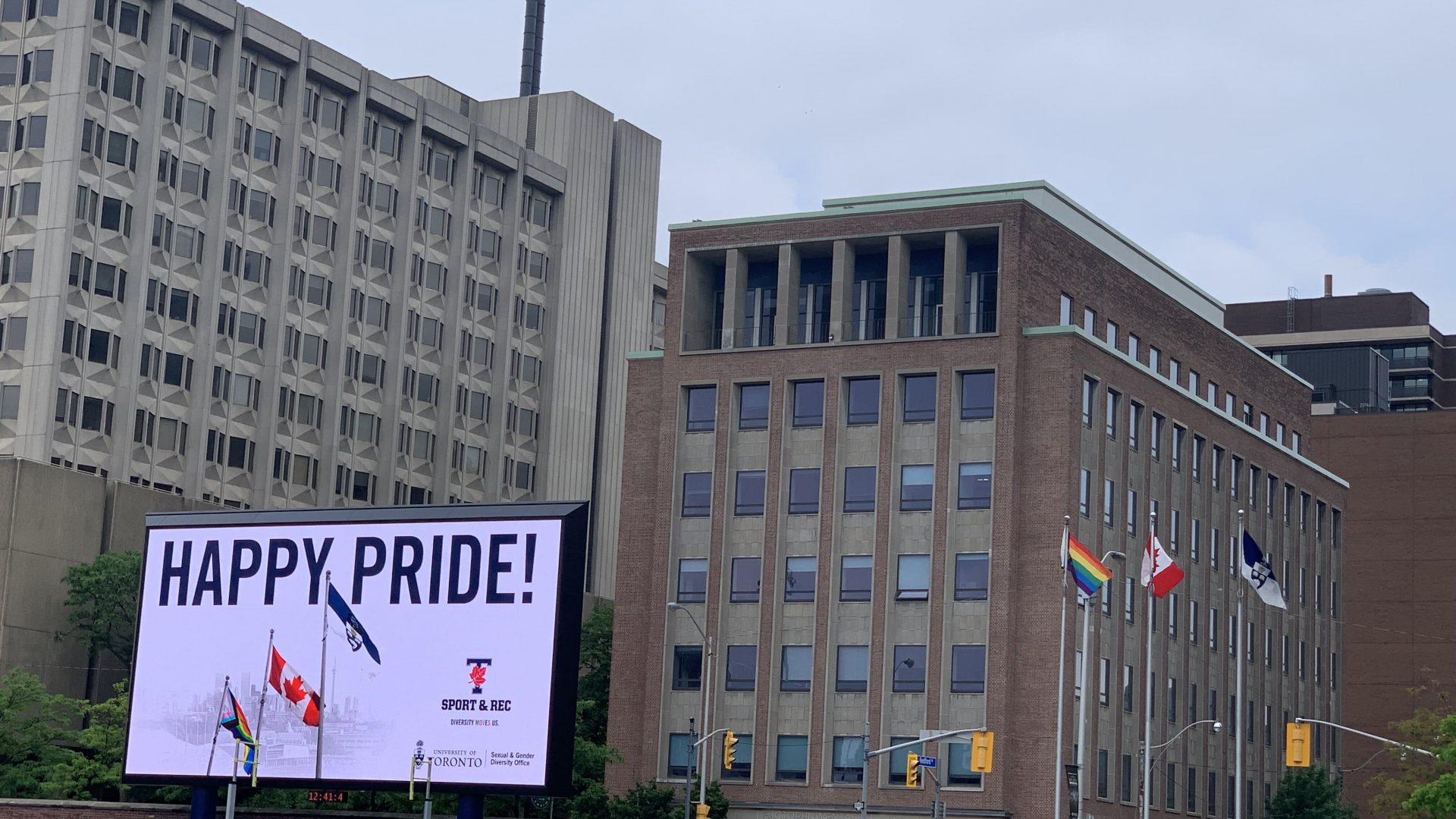 Attending Pride Events as an Ally

Happy Pride Month, U of T! This month, the university held their first in-person Pride events since 2019. This also means it was the first time I got to experience U of T Pride events as an ally, and it was truly worthwhile.

To me, Pride month means acknowledging the struggles faced by 2SLGBTQ+ communities and coming together to celebrate love. During this time, I think of my friends and fellow colleagues of the LGBTQ community, as well as those who have come before me to advocate for LGBTQ rights. While having lots of fun at these events hosted by the Sexual & Gender Diversity Office, I also did lots of learning myself.

With this being said, as a heterosexual female, I recognize the privilege I hold when attending a Pride event. It’s important to ensure that I allow LGBTQ voices to be heard, and to be an ally all months of the year.

To kick off Pride Month, I attended the University of Toronto Progress Pride Flag Raising Ceremony at Varsity Stadium on the first day of June. This year was the first year the Progress Pride Flag was raised, which symbolizes the diversity of the LGBTQ community with an emphasis on inclusivity. I recently learned that the added black and brown stripes represent marginalized People of Colour (POC), the black stripe has a double meaning representing AIDS awareness, and the pink, light blue and white, represent transgender and non-binary Pride.

At the event, I listened to the lived experiences of LGBTQ students and faculty, as well as different initiatives that the university is implementing to advocate for equity and inclusion for 2SLGBTQ+ students. Afterwards, the flag was raised at Varsity Stadium and the event concluded with yummy gelato and rainbow Bubly.

The second event I went to was the annual U of T Pride Pub. It was so nice seeing the community gathering around the Hart House Quad again.

The sun came out after a rainy day, music was playing, and burgers were barbequing. I visited the Community Fair to learn about local 2SLGBTQ+ organizations and pick up some free swag, took some fun photos in the photo booth, and watched my first live drag performance by Erin Brockobić! Of course, I also had to embrace my inner child and blow some bubbles with the kids.

Overall, the two U of T Pride events I went to were incredibly welcoming and lots of fun! If you haven’t yet, I would highly recommend attending one as U of T sure knows how to celebrate Pride Month! I’m looking forward to the Virtual Pride & Remembrance Run on June 25th and the UTSU Pre-Pride Parade on June 26th. The Pride Run costs $65 for registration, but there is also a free/pay what you can option. Which Pride event are you most excited for?

0 comments on “Attending Pride Events as an Ally”