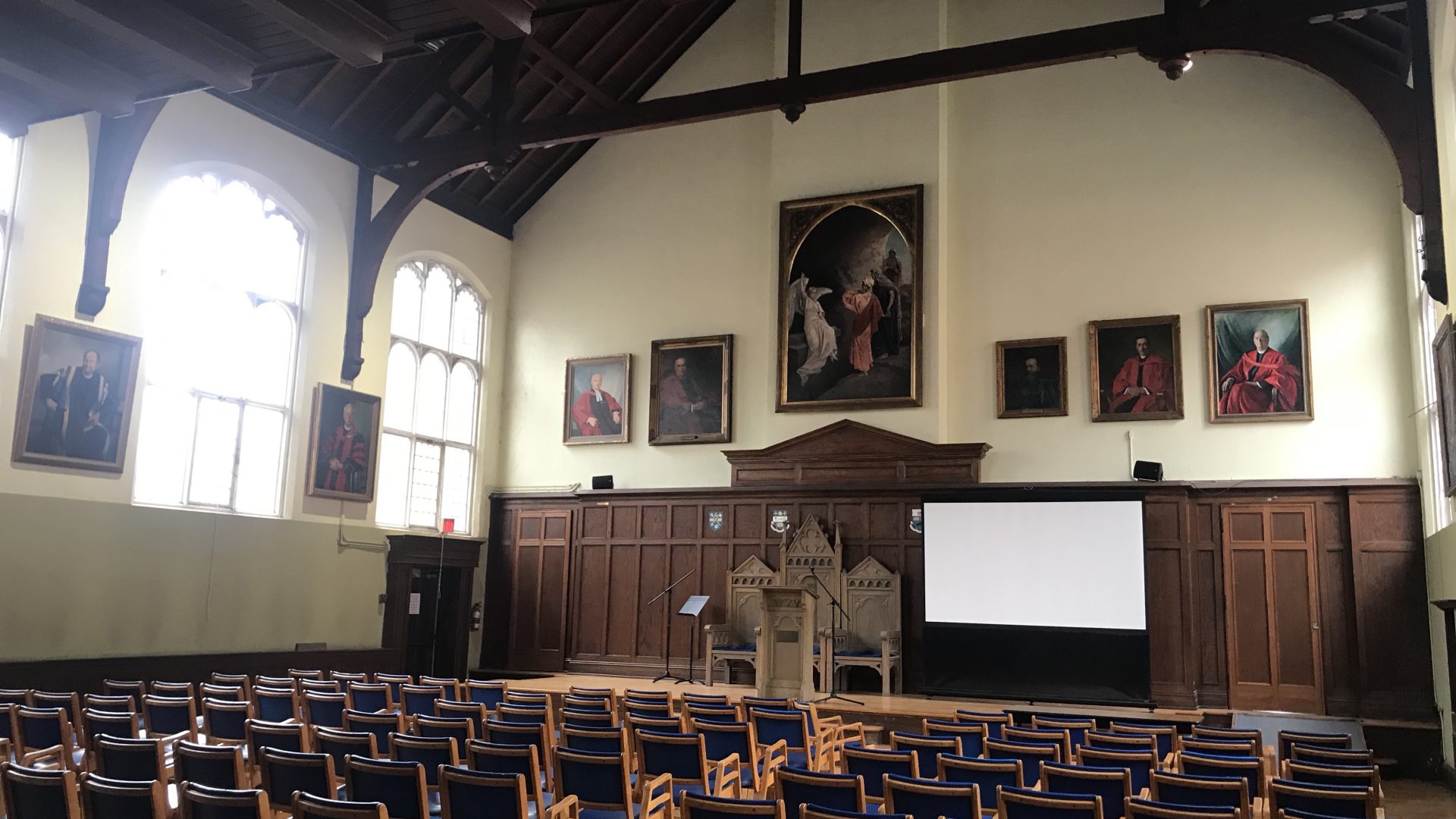 “A Greater Goal Than Coexist”

UofT’s Wycliffe College recently hosted the “Relevant” series, which was in association with the Power to Change Christian faith group on campus. The event was a week-long panel discussion with various speakers investigating interesting subjects such as loneliness, mental health, race, and sexuality within a Biblical context. I was able to attend Friday’s event, “A Greater Goal Than Coexist,” which explores the tension between tolerance and conviction with speaker and UofT PhD student, Wesley Huff. The talk focused heavily on how we should approach religion in a diverse world with so many conflicting perspectives.

The talk itself allowed me to see interfaith dialogue from a new point of view. However, it was important for me to remember that the talk was based in Christianity and that the speaker was approaching the topic from a very specific outlook. This was an openly Christian conference, so I didn’t find it unusual that the event engaged with Gospel teachings and spoke with conviction for their Christian beliefs. With that said, from an interfaith perspective, a lot of the opinions expressed were inclusive, while acknowledging the inherent exclusivity of religion.

It challenged the idea that all religions were the same, or that they all pointed to the same destination. Huff used the common analogy that religions are like fingers pointing to the moon — all religions point to the same thing, which is God. The argument is that people often look too intently at the fingers than at the moon, focusing on the divisions of religion than at the grander picture. I can see how this perspective brings unity among religions, and how this perception allows greater connectivity between people of different faiths. However, I also understood Huff when he said that religions are all very different, and that not all religions even point to a God, some have many Gods, such as variations of Hinduism, and some don’t even believe in a God, such as Buddhism.

He also made the claim that the differences between religions may matter more than the similarities. Personally, I believe that recognizing the similarities between people can be helpful to understanding our shared humanity. Too often it’s easy to see people as the Other, especially if we feel like there’s a disconnection between Them and Us. However, it’s crucial to destroy this Us versus Them narrative if we want to break down the walls that divide people. Acknowledging that people are more alike than we tend to believe forces us to recognize that no human being is fundamentally different. It allows us to open up and share with each other, breaking a cycle of fear or indifference.

Huff, however, believes that we don’t need to look at the similarities to share with one another, and that it is the differences between religions that make them unique and significant to the people who practice faith. He stated that we don’t have to say that all religions are the same to respect them, and that in some ways we devalue these religions if we generalize them. Huff spoke of the difference between tolerance and respect. Although we often speak of tolerance as the ultimate goal to strive towards, he notes that tolerance often has a negative connotation. We can do more than just tolerate someone of a different faith. Rather, we should value respect over tolerance. He argues that we can speak passionately about our own beliefs while also recognizing that the differences we share, should not be divisive, but something worthy of respect. Ultimately, asking questions and sharing with one another is important. Towards the end of the talk he stated that God made us diverse, and that this should be embraced instead of ignored.

0 comments on ““A Greater Goal Than Coexist””