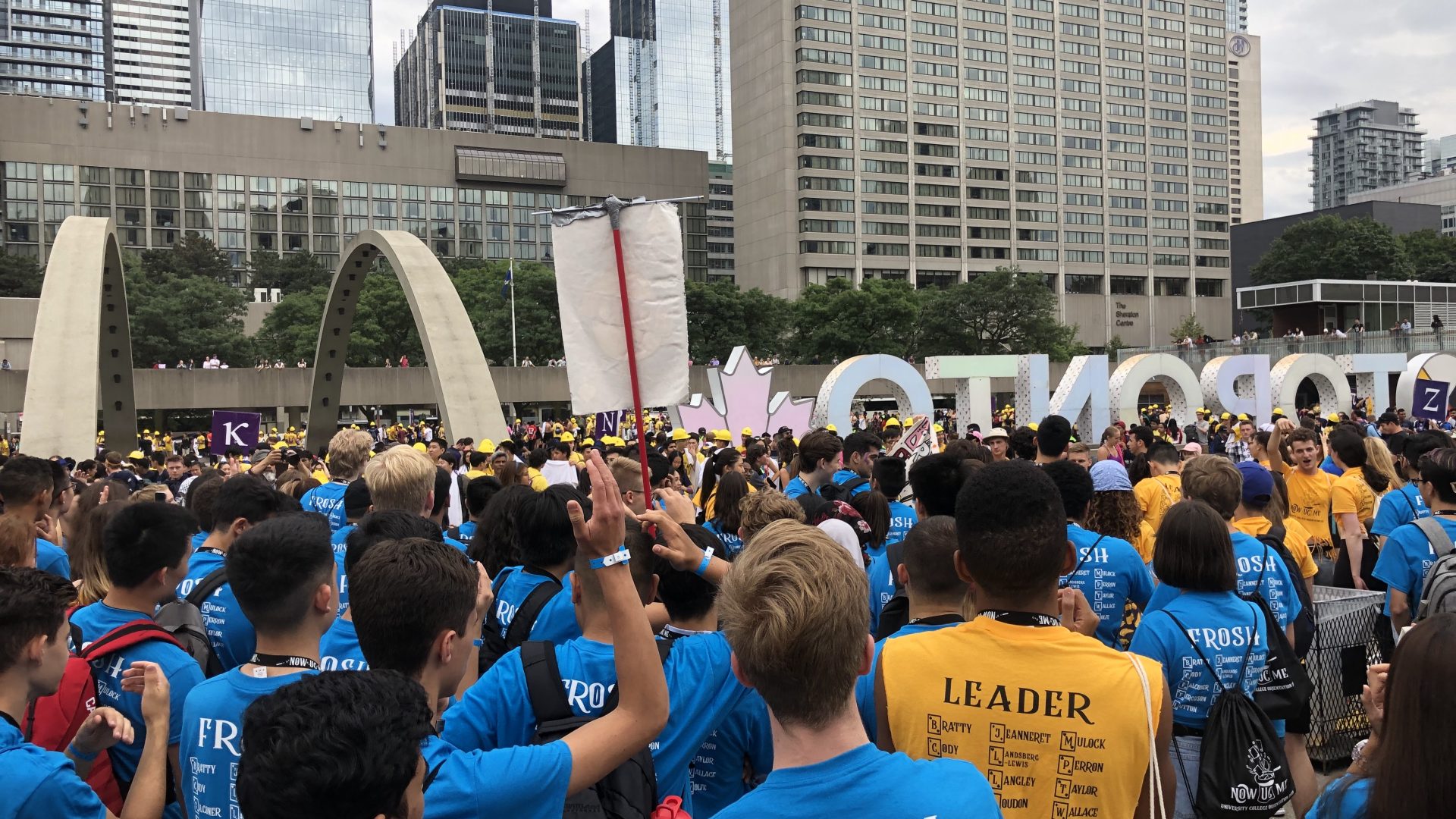 What I learned from Orientation Week as a 3rd year student

This year, as I got ready to participate in Orientation Week for the third time, I had no idea what to expect. This time, being a Head Leader, I knew I would have more responsibilities, but I wasn’t sure of what that meant. The week began with Move-in day, an important event for us leaders. However, as the days went by and tasks started getting more serious, I noticed how fast my energy levels were decreasing, both physically and emotionally.

Until that point, I hadn’t realized how many things I’d just taken for granted the previous years. This time I could see those above me, the “execs” and the “co-chairs”, running around from one place to the other, occasionally stopping by to ask me or another Head Leader if we could help out or if we needed anything. The amount of work, effort, and quite literally sweat, that goes into organizing and running the events is usually  unseen. Even last year, as a leader, I didn’t realize. This year, I saw it myself. I realized how much I’d taken for granted.

My college’s orientation officially runs from Monday to Saturday, but unofficially starts Sunday when everyone shows up at 8 a.m. to help move in students. The incredible amount of events held are all organized by an amazing group of people who work throughout the whole summer, and when anything goes wrong, it’s so easy to point a finger at them. This year, it felt like I had access to the backstage despite not necessarily being a big part of it. Behind the scenes, naps were taken and tears were shed. These people had gone huge distances to try to make every event as perfect as possible, but like Murphy’s law says, anything that could go wrong, went wrong. Not everything, but enough to stress us out.

Every night after the last event ended, usually way past midnight, we got together to discuss the day, and even after that, the execs met with the co-chairs to do something along those lines too. While the whole experience was very rewarding in every sense of the word, it was also emotionally draining, as it felt like I was responsible for anything that happened in my “house”. Thinking back about it made me realize how this might be the case regarding many of the activities, whether it be lectures or co-curricular, that I partake in at U of T. There’s so many people at the university working behind the scenes that I never usually think about, but after this experience I have learned to be less critical. When something goes wrong, there’s many people trying to make it right. This year, I will think about this every time something isn’t working, and before getting mad at someone, I will recognize the amount of work that’s already been put into it. This year, I’m working on my gratefulness.