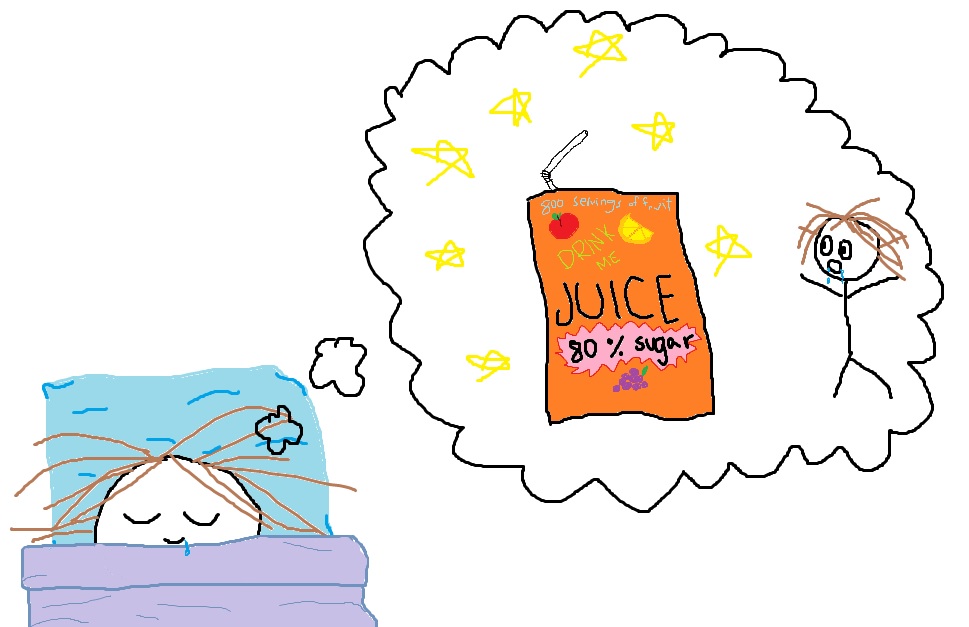 Changing My Eating Habits: My One True Love, Juice

Since the start of this semester, I have been drinking juice at most once a week. It’s hard, and here’s why:

We were talking in class the other day about aphids, which are sap-sucking insects that basically drink sugar water their entire lives (to quote a wise ecology professor).

When I heard this, I immediately could relate.

I love sugar. Particularly juice- the day I turned down juice was the day something had gone terribly wrong.

Anyway, because of my love of juice, I was never allowed to drink it growing up. As 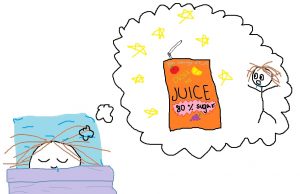 most are well aware, juice is not exactly a nutritious snack- in fact, any nutrition offered by juice is likely out-weighed by the massive amounts of sugar.

Now, not all juice has added sugar- pure orange juice, grapefruit juice, and pomegranate juices are said to be the healthiest options. The problems arise when you get the fruit punches, cranberry cocktails and the like. Most of the time, they barely contain any real fruit.

As I mentioned before, growing up I rarely was allowed to drink juice. My parents constantly reminded me how unhealthy it was, but apparently that didn’t change anything- I came to university, and loved having the juice in the dining hall.

On and off through the years I’ve been a conscious eater. At one point I was following a training schedule for a marathon (with no real intention of actually running one), and that was probably when I was most aware of what I was eating.

This was probably when I first noticed how easy it is, especially when relying on the dining hall, to load up on foods with no real nutritional value (and, of course, top it all off with juice).

Since January 7th, I’ve only had four glasses of juice.

It was difficult at first- I make myself eat spinach every day, and juice was like a little reward for being healthy. Kind of counterintuitive.

But the past two weeks I’ve had a big change: when I used to hesitate at the juice station and force myself to turn to the water fountain, now I barely even notice the juice. I would always look forward to Monday, my juice day, but this past Monday drinking juice was almost a chore. I didn’t want orange juice, I wanted an orange.

I think what happened two weeks ago was a bit of an epiphany that I had- everything I eat is my choice. If I can have a glass of juice, that means I’m also capable of having a glass of water instead.

Sometimes the choice is as simple as walking past the juice station entirely and drinking from my water bottle instead.

And that’s not the only change I’ve noticed in the past two weeks. I feel more energetic, I crave apples and oranges and vegetables instead of cookies and juice. When I wake up in the morning, I don’t feel as gross. I’ve never had too many headaches, but something in my head just feels better.

Whether these are a result of cutting back on my sugar consumption or not, I am fully on board. There’s nothing like the pride I feel when I grab a class of water instead of juice. It’s a small and personal victory, but even those can be extremely satisfying.

Do you have any eating habits you’ve been trying to change? If so, what has been working for you? For the meanwhile, I’m going to keep reducing my juice intake. This time, I’m going to go two weeks with no juice.

0 comments on “Changing My Eating Habits: My One True Love, Juice”