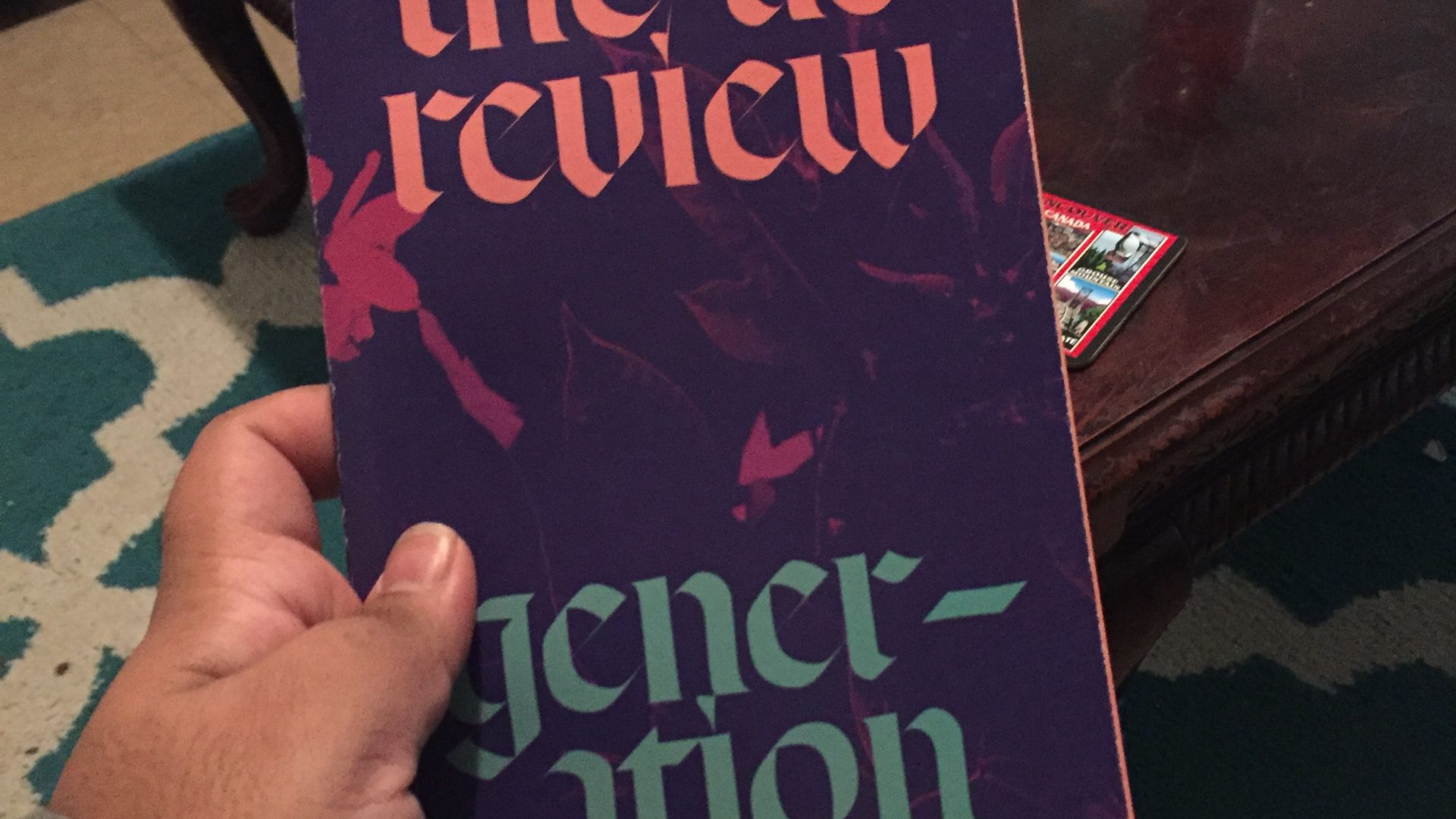 Never been published (until now)

One of my poems was just published in the Spring edition of the UC Review. I’ve been going through a whirlwind of emotions since I’m pretty sure this is the first time any of my creative writing has been published in a physical book.

I knew I wanted to be a writer since the second grade. We had an assignment to create a picture book, and while I wasn’t (and am still not) much of a visual artist, the idea of creating entire narratives just using words was intoxicating. Writing became an outlet where I could express myself openly and embrace the fact that I was a true weirdo without any persecution. Instead of having friends, I just imagined them. They would be funny, witty, non-judgmental, and wouldn’t subscribe to any sort of elementary school social hierarchy.

You can imagine my surprise when I realized I could write stuff other than fiction and short stories. For a while, I went through this phase where I would write extremely autobiographical fiction, but for some reason I would try to hard to shield the idea that I was writing about myself. Embarrassingly, I didn’t learn what a personal essay was until high school.

Poetry was something I didn’t get into until the twelfth grade. I didn’t really understand its functions, I hated rhyming, and it just felt like phrases that were fragmented for no reason. As much of a cliché as it is, I actually started appreciating poetry through my Writer’s Craft class. I rediscovered it as a way to express my deepest thoughts and feelings in a way that was completely unfiltered by the rigid rules of sentence structure and grammar.

It makes sense that when I finally realized that I really liked a guy this year, I turned to poetry to express how I felt. Those feelings turned into a poem titled “Incoherence” which I submitted to various literary journals on campus (Hart House Review, Acta Victoriana, UC Review, etc.). I was thrilled when it was chosen for publication by the UC Review.

It had been a while since I submitted any of my creative work to a literary journal. This probably sounds strange coming from me of all people, but I felt uncomfortable sharing that much of myself with others. While I take no issue writing about my experiences in a personal essay or a blog post, creative writing is a different beast altogether. In a way, you’re putting your emotions front-and-centre in a way you wouldn’t with other types of writing.

Ultimately, I’m glad I did it though. Besides publication, it also helped me reach a point of catharsis. It’s interesting that this poem I wrote about a guy I liked was finally published weeks after things ended between us. In a way, this gives me an opportunity to mourn the relationship I had while also appreciating the good that came out of it. Oftentimes, we forget that relationships that turned bad used to be good.

It took three years for me to finally get published in a campus literary journal, but I’m glad it finally happened. Thank you to everyone who worked on the UC Review this year. The book is beautiful and I really appreciate this opportunity.

0 comments on “Never been published (until now)”