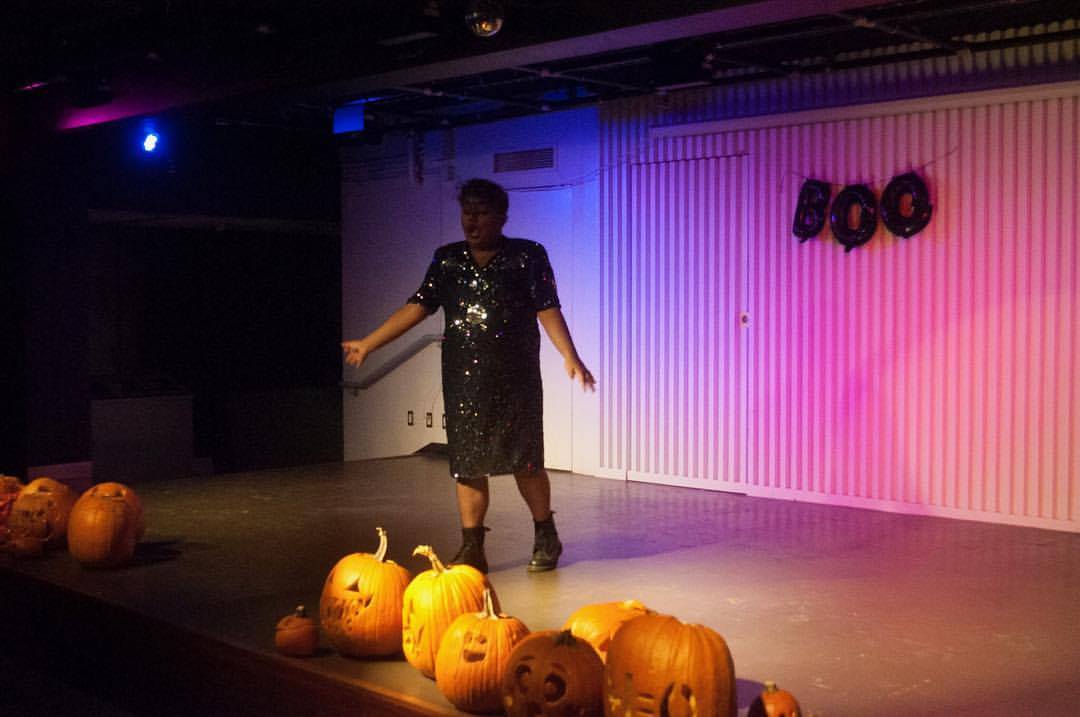 One of my favourite things about university is having the opportunity to try out new things, pick up another hobby, and explore different parts of your identity for the first time. Of course, I am referring to how I’ve started doing drag recently.

A few months ago, I wrote a blog post about my experience at Starry Night and seeing Sasha Velour, Peppermint, and other amazing local drag queens perform live. I wrote about how much I started to appreciate drag as an art form; as a way to approach how we think about gender and expression. I wrote about how I wasn’t necessarily a drag queen, but I appreciated the work they put into their drag.

And then I thought to myself: why don’t I try doing drag? LGBTOUT hosts drag performance nights, there are numerous coffeehouses on campus that would appreciate a performance, and there are already a few amazing student drag queens on campus. It can’t be that difficult, right?

I mean, it is difficult. Drag requires a lot of time, effort, and resources, but it didn’t matter to me. I wanted to explore a new part of my own identity, and so I created my drag persona, known as Kala Rani (Hindi: कला रानी).

I think of Kala Rani as a cross between being a Super Indian Babe (a term coined by M.I.A.), someone who is unapologetic about her Desi heritage, and a Stepford Wife who constantly strives for perfection. I felt as if this description effectively captures my influences: my Indian heritage and North American upbringing, especially my flair for classical Hollywood cinema.

Overall, it was a wonderful experience. I used to do theatre in high school and, while I haven’t necessarily been interested in taking part in campus theatre as of yet (though the possibility remains open), I missed the rush of performing in front of a crowd. I miss the vulnerability you gamble on, and the payoff when you connect with your audience. I also missed the confidence that performing can give you.

I found that drag, overall, gave me the confidence boost that I’ve been needing this semester. It gave me the opportunity to showcase my own femininity that I am often ridiculed for, as well as the ability to put on a persona and transform into a totally different character.

The most important thing I’ve learned from this experience is not to limit myself. Back when I was writing about how much I appreciated drag culture, I didn’t consider getting into drag myself. Now that I was in third year, I thought that I had already explored all the hobbies, activities, and other types of involvement that I would want to do on campus. I thought I was done trying new things and had already settled on certain activities that I enjoyed.

But here’s the thing: it’s never too late to learn something new. What makes life, especially campus life, exciting is the ability to explore new avenues and take up a new hobby. In the short span of two months, I managed to teach myself how to apply makeup, including the do’s and don’ts of highlight and contour and gluing (yes, gluing) down my eyebrows.

Picking up a new hobby may seem daunting, but things that takes work might be rewarding in a way that you won’t expect. If you feel as if you can’t do something, it’s important to ask yourself: why not?