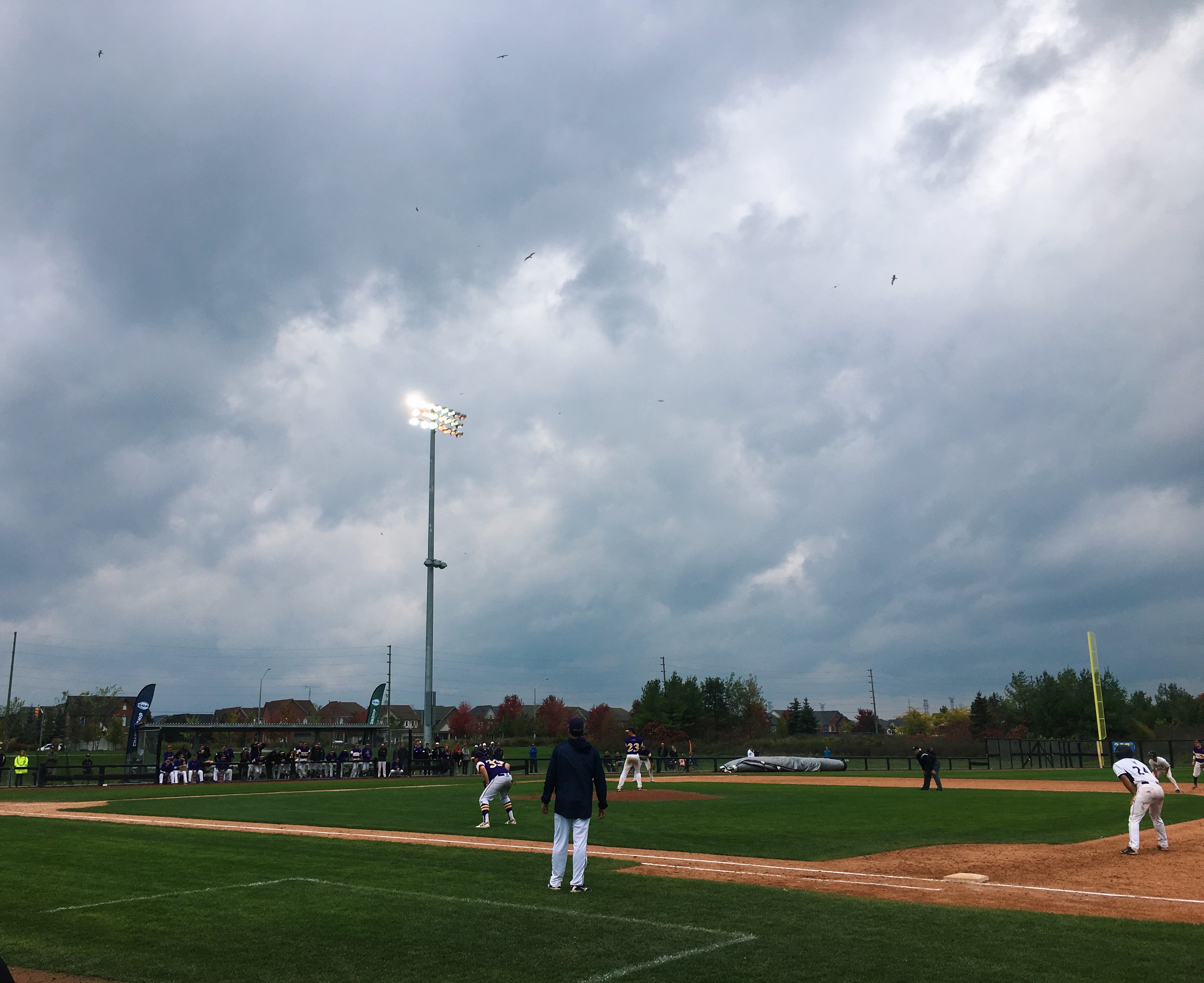 Unlike last week, my activity this week involved a sport I actually like!

On Sunday afternoon, I watched the Varsity Blues baseball team play their last game of the season. They played against Wilfred Laurier University for the Ontario University Athletics provincial championship title and totally crushed it, winning eight to three!

I went with friends from one of my clubs in order to cheer for our friend who plays for the team (shout-out to number twenty-four!). My favourite part of the game was watching the Blues interact with each other. Since we were sitting near the bench, we got to hear them shouting jokes, performing elaborate high-fives, and generally screaming with glee as the game went on. It seemed obvious that the team is full of strong friendships and that they have a lot of fun together.

To that end, I noticed some strange behaviours among the baseball players and have concluded that they might be an entirely different (taller) species than the rest of us. I would like to know:

I actually got the answer to that last question. After their first game, the Blues bought a jackfruit and decided that it would be their team mascot. It wasn’t allowed to touch the ground unless they got eliminated; if they won the championship, they would smash it!

The team also used a lot of slang, supporting the theory that they speak a different language and therefore are a different species. They used baseball terms such as:

If you are a baseball player, please comment and let me know what planet you are from… the truth is out there. Also, congrats on winning the championship!

If you play a sport, comment and tell us: what’s your team dynamic like? What weird traditions does your team have?